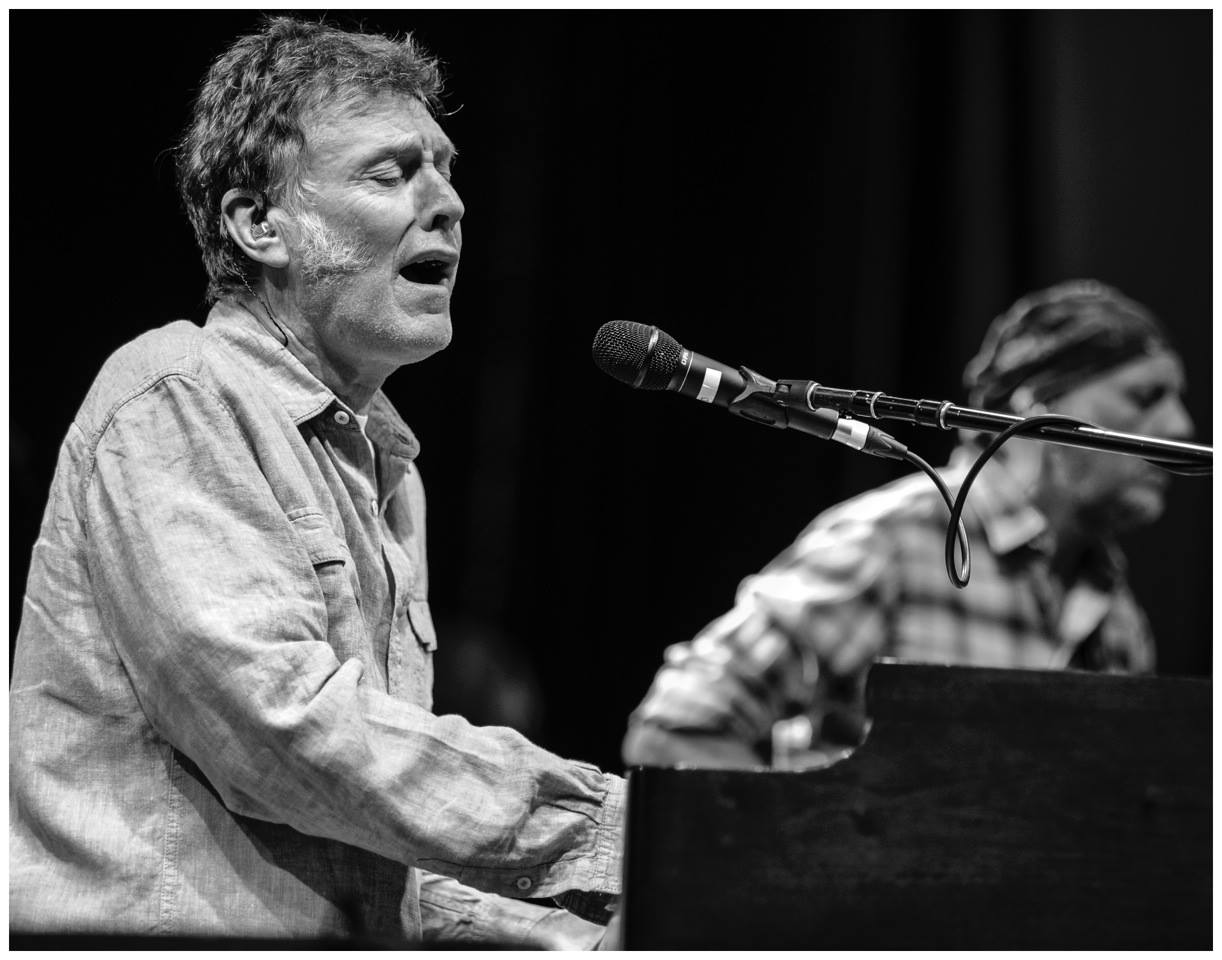 Rock ‘n’ roll may largely be guitar music, but it became richly colored by the organ as the music grew into the 1960s. The Hammond B-3 (as well as C-3 and M-3 models) and Leslie speaker cabinet (with its spinning speaker horns providing vibrato) that were already popular in jazz became part of the rock instrumental mix.

The introduction of such portable organs as the Vox Continental and Farfisa brought its sound to countless mid-1960s garage rock bands, where it enjoyed widespread prominence. In early 1970s prog-rock it helped enable the style’s instrumental prowess. Whatever the classic rock subgenre, the organ expanded the sonic palette of rock music in numerous appealing ways.

The numbering of this list is largely arbitrary – and could just as easily have included such other top organists as Felix Cavaliere of the Rascals and Mark Stein of Vanilla Fudge – as every one of the players here is an acknowledged master organist that helped etch the instrument into the rock music legacy. And each of the following musicians displays his own distinctive feel and touches across the range of rock music styles.

Fellow organist Rick Wakeman (see below) is said to have praised Argent‘s organ solo on the 1972 #5 hit by the band that bore his last name as the greatest ever in rock. His keyboard talents and songwriting skills were an essential element in the sound of the Zombies in the 1960s and again with the re-formed band today.

Is there any modern rock organist as imaginative as Elvis Costello’s longtime keyboard whiz in the Attractions and Imposters? The Royal College of Music dropout, also a master pianist, updated the 1960s garage-rock organ sound and gave it delightful twists that helped make the new wave on Costello’s early albums feel indeed new. His playing on Costello’s cover of the 1967 song originally done by Sam and Dave offers a potent showcase for his nifty skills.

Few rock recordings showcase the various elements that the organ could bring to a tune like Lord‘s work on the song first made famous by Billy Joe Royal that rocketed Deep Purple to fame in America when it soared to #4 on the Hot 100 in 1968. In addition to his playing with Purple and Whitesnake, Lord composed a number of classical pieces. He died in 2012 and was inducted with the rest of Deep Purple into the Rock and Roll Hall of Fame in 2016.

The late keyboardist with Faces/Small Faces as well as the Rolling Stones, Rod Stewart, Bonnie Raitt, Billy Bragg and his own Bump Band wasn’t just a superb organist but also a clever player of various electric and acoustic pianos, often combining both on recordings. Such as he did on the psychedelic era Small Faces gem, “Itchykoo Park,” a #16 U.S. hit in 1967. McLagan‘s playing was much like his personality, suffused with wit, playfulness and delight.

He may not even be heard for the first minute of the signature song by Yes that was a #13 hit in 1972, yet Wakeman‘s organ provides the tune’s instrumental highlights. The classically trained prodigy played on recordings by Elton John, David Bowie, T. Rex and Cat Stevens and was a member of the Strawbs prior to joining Yes in 1971. He has released some 90 – yep, count em, over 90 – solo albums.

Many have been tagged as “The Fifth Beatle,” but Preston had as much claim as anyone to the title from his playing with the Fab Four in the studio as well as on their legendary final live performance (on electric piano) on the rooftop of the Apple Corps HQ on London’s Savile Row in 1969. He’s also the only outside musician given official artist billing with the band on the single “Get Back,” credited to the Beatles with Billy Preston. The player who began his career at 10 years old backing gospel singers like Mahalia Jackson, James Cleveland and Andraé Crouch pulls from the organ’s church tradition on this 1969 track produced by George Harrison.

“Turn the organ up!” Bob Dylan reportedly said on hearing the playback of “Like a Rolling Stone” after Kooper sneaked onto the instrument during the song’s 1965 recording session. His playing on that tune became one of rock music’s best-known organ parts even though Kooper – who had previously toured as a guitarist with the pop group the Royal Teens and written the hit “This Diamond Ring” for Gary Lewis and the Playboys – could barely play the instrument. The organ subsequently became his weapon of choice with the Blues Project and the first album by the band he started, Blood, Sweat & Tears, as well as on sessions for the Rolling Stones, Jimi Hendrix, the Who and many others. He sings and plays on the Donovan song “Season of the Witch” from the 1968 Super Session album he cut with Stephen Stills and Mike Bloomfield.

The keyboard player with Emerson, Lake & Palmer, who died by suicide in March 2016, would sometimes engage in such theatrics as stabbing his organ with a knife – in his earlier band the Nice using a Nazi dagger given to him by one of that band’s roadies, Lemmy Kilmister, later to lead Motörhead – and his playing was equally sharp and dangerous. The 20-minute-plus suite “Tarkus” from that band’s 1971 second album of the same name offers a stunning testament to Emerson‘s vibrant organ talents.

Serving a dual role as organist and vocalist in the Allman Brothers Band, Gregg Allman linked the exploratory twin lead guitars of brother Duane and Dickey Betts to the band’s exemplary rhythm section (which he continued to do long after Duane’s untimely passing). Allman possesses an innately soulful feel and never loses sight of the root melody and rhythm of a tune even when the ABB is deep into a half-hour jam – as he demonstrates so vividly on “Stormy Monday,” the stone classic T-Bone Walker slow blues transformed definitively by the Allmans on their landmark 1971 live album, At Fillmore East.

Manzarek‘s prodigious keyboard talents were stunningly introduced to the world at the start of the first hit by the Doors – which spent three weeks at #1 in the summer of 1967 – with a figure based on a Bach composition played on the Vox Continental organ. He then further etched his name into the rock organ pantheon with his mesmeric solo on the seven-minute-plus album version of “Light My Fire.” Throughout the band’s music his organ work was like a siren’s call that helped draw millions to the Doors.

Sure, “Green Onions” is the song everyone knows and loves by Booker T. and the MG’s, one of the greatest rock and soul instrumental groups and the Stax/Volt studio band. But we’re rather partial to “Time Is Tight” – a #6 pop hit and #7 R&B chart number in 1969 – as a showcase for the talents of Booker T. Jones on the B-3. His organ purrs gently in the background of this grooving gem like a lion in repose, leaping out here and there to slash away. The tune has been covered by such acts the Clash and the Blues Brothers. And the warm tones of Jones’ playing set a standard for the Hammond organ sound in popular music.

2) Garth Hudson – “The Genetic Method” (with the Band)

Keyboard magazine rates the classically trained Hudson of the Band as “the most brilliant organist in the rock world,” and who are we to argue with that assessment? Especially given the evidence on “The Genetic Method,” which started out as a brief intro to the song “Chest Fever” on the group’s 1968 debut album that was expanded in live performance into a stunning showcase for his imaginative playing. He’s the Picasso of the rock organ, splashing color and impressionistic flights of fancy throughout the traditionalist style of the Band.

1) Steve Winwood – “Gimme Some Lovin’” (with the Spencer Davis Group)

Though best known as a hitmaking singer and songwriter, Winwood is one of rock music’s most celebrated organists through his stints with the Spencer Davis Group, Traffic and Blind Faith as well as his solo career. His playing on the song that first brought his instrumental and singing talents to American ears in this #7 hit in 1966 – while Winwood was still a teenager – continues to serve as a bracing example of what his organ playing could bring to a recording.

Related: See where Winwood ranks in our List of the 12 Finest Male Blue-Eyed Soul Singers

Rob Patterson began writing about music in 1976. Since his first published record review in Crawdaddy he has contributed to numerous national popular music magazines such as Creem, Musician, Circus, Spin, Request, Tower Pulse!, CD Review, Acoustic Guitar, Harp and many others along with major country music, consumer audio, musical instrument and studio recording magazines plus international publications New Musical Express and Country Music People in the U.K. From 1977 to ’84 he wrote a nationally syndicated music column as well as stories for Newspaper Enterprises Association/United Feature Syndicate that ran in more than 400 daily newspapers across the nation. His work has also appeared in many weekly newspapers, onlinepublications like Salon.com and The Huffington Post, such books as the Rolling Stone Record Guide & Revised Record Guide, The Greenwood Encyclopedia of Rock History and The Year In Rock, 1980-81, plus liner notes for 20 album releases.

December 7, 2021 9
Bringing music to the Metaverse with Husl