Whatever happened to The Dave Clark Five? 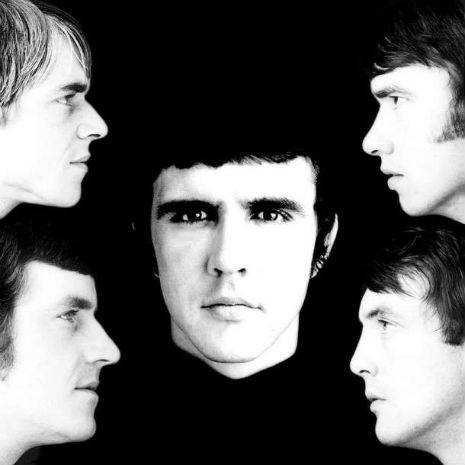 Although they were one of the top selling pop acts of the British invasion—just under the Beatles with sales of over 100 million records—The Dave Clark Five is little-remembered today. Despite a (belated) 2008 induction into the Rock and Roll Hall of Fame and the airing of a documentary about them several times on PBS, if you are much younger than say 60, then chances are that you’ve never heard of them, or heard any of their music.

Which is really too bad, because they were an awesome band. Their sound was exciting. The guitars buzzed, the vocals were frenzied and the drummer (Dave Clark) was a right thumper. Lead singer Mike Smith was a great frontman and songwriter. They weren’t exactly that hip, I will grant you, but most rock snob aficionados of 60s garage bands will come around to The Dave Clark Five eventually—sometime after exhausting the Paul Revere and the Raiders catalog down to the last B-side I would imagine—but the civilian, the man on the street? Nope, no idea who you are talking about. Dave Clark? The name might ring a bell but they think that maybe Dick Clark had a band, or something.

Suffice to say that this wound—i.e. the poor decision that would for all intents and purposes erase them from pop culture history (or at least see their career summed up as I am doing it here)—was self-inflicted. Unlike most groups, The Dave Clark Five owned their own masters. They weren’t obliged to go along with just any company who wanted to release their music on CD, they—Dave Clark in particular—had complete control and sat on the catalog hoping for the biggest pay-off they could get. But Clark apparently waited too long. You couldn’t purchase the music of The Dave Clark Five on any format from 1975 to 1993!

Harold Bronson, one of the co-founders of Rhino Records wrote about “what happened” to the Dave Clark Five on Huffington Post. He ably gets across how “Who are these guys?” one’s first exposure to the DC5 might be today:

To a younger pop music fan, familiar postwar newsreel footage of hysterically screaming girls and a beaming boy band lip synching to a soundtrack of unfamiliar songs might lead one to suspect that the program is a spoof documentary of a fake group like the Rutles. Although the Dave Clark Five were a real group that had more hits than bands like the Kinks, the Animals and the Yardbirds, why are they less-well remembered?

Bronson goes on to answer this question at length in his essay “Dave Clark’s Miscalculation”:

Dave hadn’t realized that by keeping the records out of the stores for nearly twenty years, he diminished their value. Oldies radio programmed less of the hits, as they were not available to the stations. Similarly, the records did not get exposed in other media like movies, TV shows, and commercials. He also was insensitive to music fans who wanted to hear the records: some wore out their vinyl copies, others replaced their turntables with CD players. Whatever residual presence the Dave Clark Five records had, had dissipated, and much of the band’s great music faded from memory. Record fans might still remember “Glad All Over” and maybe “Catch Us If You Can,” but how many can recall the top ten hits “Because,” “Can’t You See That She’s Mine” and “Over and Over”?

So here’s your crash course in The Dave Clark Five. Below is the extraordinary 1966 short film of the group performing their “Hits in Action.” This 12-minute film, an early—and obviously high budget—example of a pop promotional film was inspired by the reception to the group’s promos as seen on The Ed Sullivan Show (The Dave Clark Five were on his program 18 times, the most of any pop or soul act. More than the Beatles, the Stones, the Supremes, more than any other act.) “Hits in Action,” incredibly, was shown before screenings of the latest James Bond film in cinemas all over the world, the first time a musical act had ever been promoted in this way.