FLINT, Michigan — Flint native John P. (J.P.) Ribner fell in love with punk rock music when he discovered the rebellious culture through skateboarding. After hearing the Misfits in 1986, he realized he didn’t just love listening to punk rock, but he wanted to create and perform punk rock music of his own. Decades later, the 51-year-old took a tumultuous trip down memory lane, did a lot of looking inward, and wrote a book based on his life’s struggles. His book, Wasted Youth: A Flint Punk Rock Memoir, focuses on lessons learned after a dysfunctional childhood and past full of shortcomings, fueled by narcissism.

Flintside: Can you tell me a little bit about your relationship with punk rock music, how it began, and how it’s shifted over the years?

J.P. Ribner: “It’s a very dysfunctional relationship, to be honest with you. I first got into it through skateboarding. I just wasn’t really into all the other forms of music that were popular in the ‘80s. I got into some early bands like Septic Death, The Drunk Injuns, Dead Kennedys, Sex Pistols, pretty much all the big names, and a lot of the ones that were reviewed in Thrasher, a skateboarding magazine.

In 1986, I read an interview with a singer by the name of Glenn Danzig, and he used to be the singer for the Misfits. The Misfits had broken up and he was starting a new band called Samhain. I had never heard of him at the time, but just reading the interview, I thought ‘man, this guy’s really cool. I’ve got to check out the Misfits.’

I rode my bike out to Rock-a-Rolla Records, over there on Miller Road, to buy some Misfits records. When I first put the song ‘Astro Zombies’ on my record player, something about the Misfits and their sound made me say ‘I don’t just want to be the guy that listens to this stuff, I want a band, I want to do this. This is what I want to do. I want to write my own songs, I want to sing them like Glenn Danzig did.”

Flintside: In the press release, you mention that the book isn’t just about punk rock, but it’s a narcissistic recovery set in Flint’s punk scene. Can you expand on that?

J.P. Ribner: “I’ve got to be careful how I say this because I don’t want to broad-brush an entire group of people. One thing that was pretty much common, for kids who were into punk, they were typically drawn to that type of music, rebelliousness, and anarchy because we tended to grow up in dysfunctional families. I know that was the case for me. Being different, shaving my head into a mohawk, while it was cool and it was fun, I realize now at 51 years of age, what I was doing was acting out against my home environment. 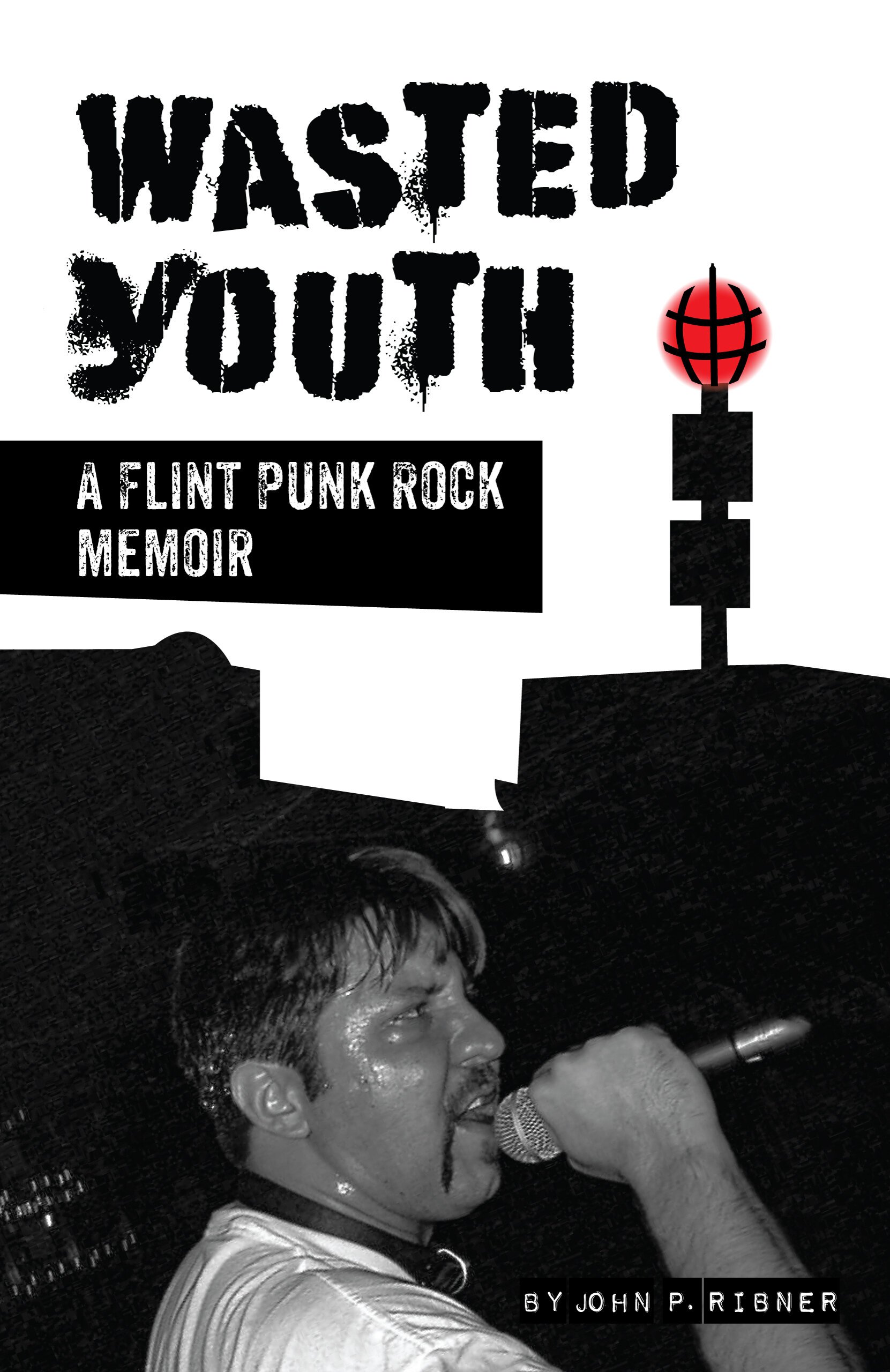 The book traces all my failed efforts. I played in three or four different bands, but my bands just didn’t tend to stay together very long. In a couple of cases, it wasn’t necessarily my fault. Growing up in the home I grew up in, and the challenges that presented, I really didn’t have the skills to deal with that in a mature manner. Inevitably and metaphorically, I crashed the plane into the mountain, so to speak.

As I got older, I started to realize, for the most part, it wasn’t everybody else’s fault. I started to develop a sense of self-awareness, and out of that, became the inspiration to write this book.

Maybe not everybody is going to be into punk rock, but if you read my book, it’s really about self-awareness. I know I had a lot of bad patterns as a result of all my traumas. Being able to realize it at a later age in my life, that’s what inspired me to write the books in hope that people can read it and maybe in some way, apply it to their own life and endeavors.”

Flintside: For those of us who didn’t experience it, can you paint a picture of what the underground scene was like in Flint?

J.P. Ribner: “By the time I started going to shows, it was about November 1988. By that point, pretty much most, if not all, of the shows were held at The Capitol Theatre there on 2nd Street. Basically, what they created was a haven for like-minded kids who were into this kind of music, wanted to get out of their home environments, and go hang out with a group of people who understood where you were coming from. It was more than just the music. If the Capitol Theatre and Joel Rash and the people that basically founded Flint’s scene didn’t do what they did, you would have had a lot of kids that didn’t have a creative outlet and a platform.

People have built friendships that are still intact to this day because they met downtown at The Capitol at a punk rock show. The fact that these friendships have endured this long into our 50s, I think it speaks volumes to the level of camaraderie and brotherhood/sisterhood that the air was just ripe with. It was really the only place you could go to and not be hassled. It really was a great scene, always something going on every weekend, and it was a lot of fun. I miss those days greatly.”

Flintside: What kinds of lessons do you hope to share with the people who read Wasted Youth?

J.P. Ribner: “There are five lessons in the last chapter of the book. Basically, it’s very important to admit to the traumas. Growing up in this world, we’re all going to suffer something, and it’s going to have an effect on us. If I can get a message across to anybody it would be to deal with that stuff; do the internal work, and develop a sense of self-awareness to know where your triggers are.

The big shock came to me when my wife and I were in the middle of an argument. This is detailed in the second to last chapter of the book. I’ll never forget the words. She said, ‘you’re a narcissist just like your parents.’ It hit me like a bullet. It floored me.

I had known it, but I just couldn’t admit it. It really made me have to re-evaluate myself, and it really crushed me. It put me in a bit of a depression because I had always convinced myself I was the different one. When I came out of that depression was when I decided to start this book.”

Flintside: I’ve heard authors often describe writing books or memoirs as a really cathartic process. What kinds of lessons or things did you realize while you were going through the writing process for Wasted Youth?

J.P. Ribner: “I learned just how powerful the art of pushing things down and forgetting about them can be. As I started dredging up these memories … and as I dipped into all these memories starting from age 16, it really was a very emotional process. At times, very difficult, because you’re reliving all that pain because you’re opening up that can of worms that you had sealed, and buried deep under the earth inside your mind. That took some getting used to, to be able to capture the emotion without being caught up with it and to leave it on the page.”

For more of J.P. Ribner’s work, visit his website and order his book online. Also, find him on Facebook.