The Beatles company, Apple Corp, is also of course involved in the UMG plans. Here is the ad on the Beatle’s official website for the new box set. It has some nifty interactive features that can help you live/ relive the heady early days of Beatlemania during their first February 1964 US visit. That includes the Beatles famous Feb 6 1964 television appearance on the Ed Sullivan Show. You can also see the 50th Anniversary trailer video for the new box set here too @ Beatles Website 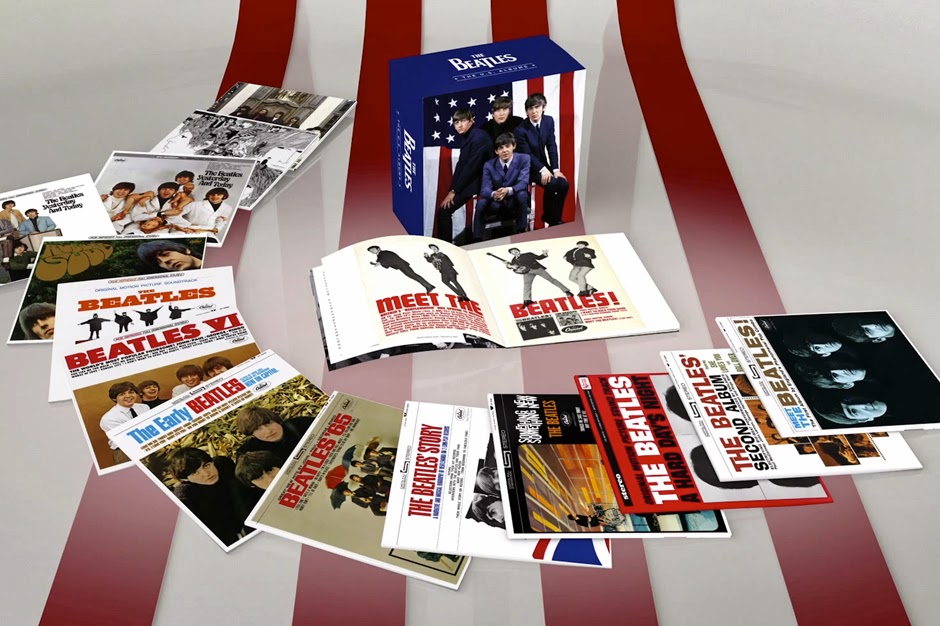 This Popmarket.com advertisement let’s you enlarge and see the original album cover artwork for each of the 11 Capitol USA albums. Canadian buyers are kindly warned to be careful purchasing the box set from this US based marketing site. With shipping, taxes and duties it will cost you substantially more than the advertised price. The list price in Canada, for example on Amazon.ca, is actually less than in the US. Free shipping is included. Most Canadian music and entertainment stores now also have it on sale too. I even saw it at Cost.co the other day for $129. It is a pretty cool looking set. You can check out the new mini lp album covers here for free @ Cover Art Work 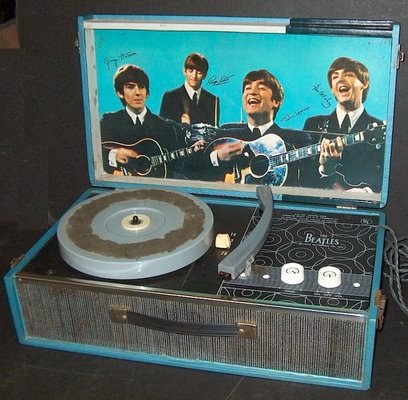 
As an aside, Dave Dexter rejected the Beatles 3 times before he agreed to sign them to the label. He didn’t like John Lennons harmonica on the early songs and thought the bigger British group would be Freddie + the Dreamers with their UK hit dance hit “Do The Freddie” @ Do the Freddie?!


Let’s hear from Dave himself on why he didn’t like the Beatles. Please note there are songs between his comments and that Dave was an orchestral jazz fan himself @ Dave ruminates 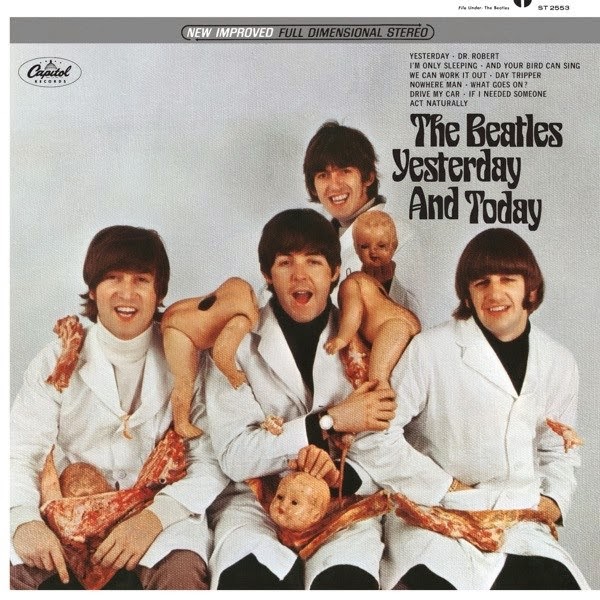 The long banned Capitol US “Yesterday + Today” album cover art lampooned the “chop jobs” Dave Dexter performed on many of the Beatle albums to create more records, a source of consternation for John Lennon in particular, which Dave did not forget!.


When Lennon was killed Dave Dexter wrote a nasty, vitriolic letter about him. He was still mad in 1980 that Lennon didn’t like how he “dexterized” their records @ Mad Dave 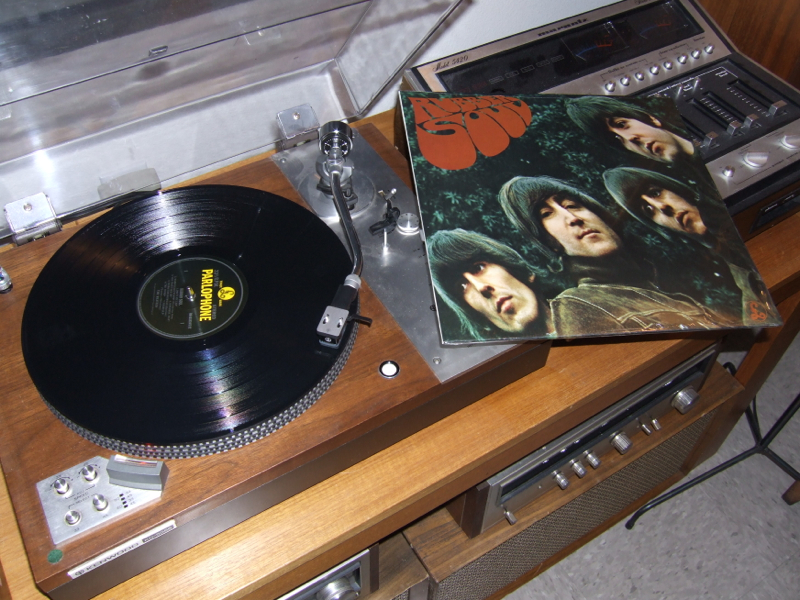 
Final Note: In 2009 a limited edition MP3 Collection of the Bealtes EMI Parlophone catalogue was released in a green metal Apple with the albums, artwork + videos on a USB stick. Perhaps this will be the wave of the future, as most music in sold as music downloads nowadays. More @ Amazon


Enough you say? Okay then: So do you buy the set or not? My recommendation?

You have four CD box set choices you could make. Here are some quickie advantages and disadvantages of each:

1987 Capitol CDs [Standardized UK EMI versions]: Cheap and easy to find [$10 or less] in the used stores. They do not include the US album arrangements. The sound mixes are only available in mono or stereo. Aficionados often argue the cd transfers are fairly primitive by today’s standards and the early titles were often poorly done. On the other hand, they were fine for most listeners for the the better part of the last 25 years or so.


2004 +2006 Capitol box sets: These only include the first 8 US Capitol albums through 1965. Each disc contains both the mono and stereo versions of the albums. The original US mixes were used when still available, but some had to be recreated when the original master tapes were not available. Each disc comes in a mini lp sleeve copy of the original record jacket. However, they are very small. Its hard to remove and return the discs into the jackets when they are played, resulting in scratches and scuffs. These box sets are harder to find but once again are not uncommon in the used music stores for relatively cheap [$25 to $30]. A Japanese set has also been released in larger jackets which avoids the problem of scuffing and scratching while being easier to look at and read. Many aficionados argue that the quality of most Japanese discs are vastly superior to their counterparts from elsewhere around the world because of the high standards of quality control, in the sound mastering and manufacturing process. You can buy them on line at Ebay but are very pricey [$250 per box set + up]. 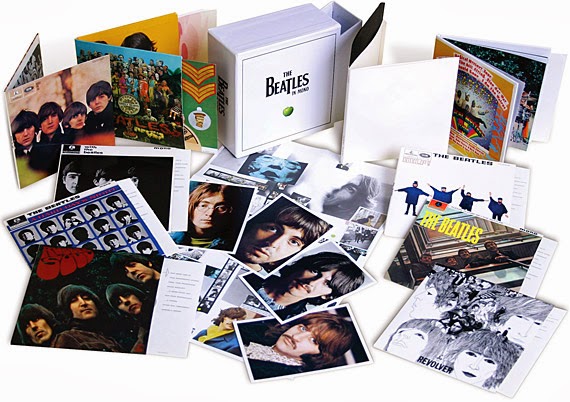 The 20017 CD Mono Box Set came closest to faithfully producing the original UK EMI Parlophone record albums, most of which were recorded in mono.


2009 Mono + Stereo albums: These are pretty much the same as the US Capitol song masters, though not on the same album titles. They include all the Beatle records up to and including the White Album, Yellow Submarine, Let It Be and Abbey Road. The mono mixes are quite unique and many would argue superior mixes based upon the technology during the 1960’s when they were recorded. The box sets can often be found on sale now, [$125-200 each] but beware of cheap counterfeits. The individual cds are often readily available on sale in many of the big music stores nowadays for cheaper [$10-12] than the US Capitol album discs [$16-18]

The New Capitol US boxset: It is available for relatively cheap. I saw them at Costco recently for $129. The larger mini sleeves are tres cool, and the pretty fancy box itself is manufactured in Japan according to their superior standards. The box set includes the unavailable album titles described above. The Hard Days Night Soundtrack, Yesterday + Today and the Hey Jude albums, although not authentic UK EMI Beatle releases were pretty cool anyways and nice to have again. A lot of fans are also partial to the chop and cut Beatles Second Album, despite the desecration, because it is one very rocking disc. Again, if you grew up with these titles they will have nostalgic value too. However, the song tracks are pretty much the same as those on the 2009 sets with some minor or fake reconstructions of the different song variations. Also note the set only includes the Beatle albums up until 1966. The unique US Sargent Peppers and Magical Mystery Tour albums mixes are inexplicably not included, and of course you won’t get a copy of the White Album, Yellow Submarine, Abbey Rd or Let It Be albums. You will need to buy these separately. 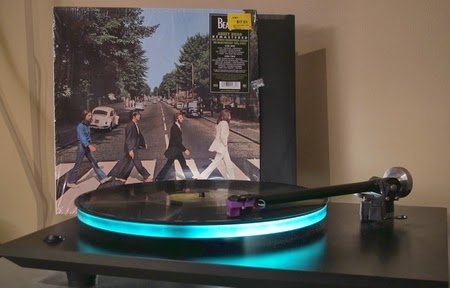 Abbey Road was the first Beatles album to be only released in stereo.


My choice: As a hardcore Beatle aficionado I need to have all of the above and enjoy each in their own way. For anybody seeking a complete set at a reasonable price I’d recommend the 2009 boxes, or just buy the CD albums from these sets that you like separately for cheap. Also pick up the individual special Capitol US titles I’ve listed above and you will have a nice collection.

My favourites though, would definitely be the Doctor Ebbett’s needle drop recordings of the complete Beatle catalogue [US, US, Canada, Mexico, Germany, etc. etc. etc.]. Since these are not official, nor are they being made anymore nor readily available you might as well not bother with these, unless you are a really really hardcore Beatle fan. A “needle drop” is an exact copy of the original album tracks with the variations and all from the original vinyl sources. Perhaps I will write more about these in a future article though or you can Google them on line.

The Beatles USB stick: the wave of the future?