Asmongold, a popular “World of Warcraft” (WoW) streamer shared his latest opinion about the now-trending NFT hype. According to the Twitch star, people who spend thousands of dollars on non-fungible tokens are ridiculous.

With the continuous popularity of blockchain arts and games, many artists and famous personalities are jumping to this trend-setter. However, not all of them like the concept behind these digital collections that could go as high as million dollars. 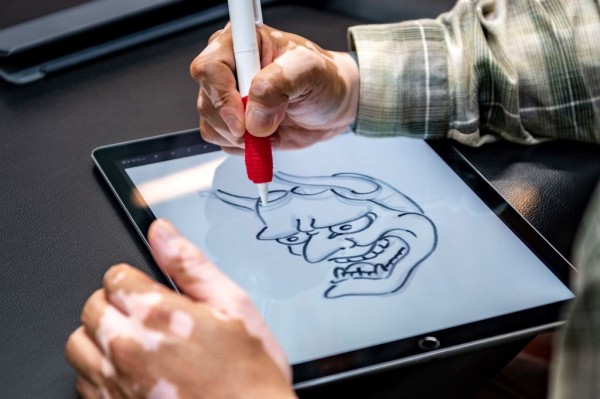 (Photo : PHILIP FONG/AFP via Getty Images)
This picture taken on June 22, 2021 shows Japanese tattoo artist Ichi Hatano drawing a “hannya” mask digital image, following an interview with AFP at his studio in Tokyo. – Hatano has now gone digital due to the pandemic, selling his designs as non-fungible tokens (NFTs), virtual objects that have taken the art world by storm. – TO GO WITH STORY by Etienne BALMER RESTRICTED TO EDITORIAL USE – MANDATORY MENTION OF THE ARTIST UPON PUBLICATION – TO ILLUSTRATE THE EVENT AS SPECIFIED IN THE CAPTION

With the massive releases of blockchain-related items such as artworks, the world has been evolving to adapt to the big tech changes. The sudden growth of cryptocurrencies and other digital assets appears favorable to investors and influencers, but this does not sit well with other people.

One of them is the “WoW” gamer Asmongold, who has a different approach to the climbing NFT craze. This day, many gaming communities welcome the entrance of NFTs and other coins but that’s not always the case.

Despite recognizing the value of an NFT as technology, Asmongold recently spilled his stand about this hype. He said that people who flock to spend thousands of dollars on NFTs are ridiculous, according to Clout News. The content creator seemed to be not convinced about this ongoing trend.

“I see the value of blockchain and NFT’s as a technology but am I the only one who finds people scrambling to spend thousands of dollars on a picture of a monkey ridiculous? Am I out of touch or have people lost their minds?” Asmongold tweeted last Sunday, Nov. 28.

Am I the only one who finds people scrambling to spend thousands of dollars on a picture of a monkey ridiculous?

Am I out of touch or have people lost their minds?

In another report from Dexerto, many commenters saw what Asmongold posted about NFT last time. Some agreed to the streamer’s statement, but the other commenters did not.

According to one commenter who is a founder of NFTShowoff, the same statement could be said to people who want to spend their money on watching game streamers. Another commented that it could also apply to fans who watch “WoW.”

The majority of the comments that oppose Asmongold’s opinion revolve around paying money to watch people playing games. However, there are still others who agree with the Twitch star.

One Twitter user replied that there was a “massive “difference between watching streams and paying for a copy-pasted picture all over the internet. This reply, however, was refuted by another commenter who does not believe that copy-pasting and ownership are the same.

Amid this controversy, some comments pertain to NFT as a way for advanced technology. While the digital collections and coins continue to develop, many believe that profile picture NFTs are cringe-worthy at the very least.

Last August, Tech Times reported that Amazon’s new MMO game “New World” was released. However, many Twitch streamers including Asmongold were not impressed with the game. Some of the issues that they encountered involved black-screen problems, desktop crashes, and more.

If you are thinking of investing in NFT MMO games, you can check our previous story about the top 5 NFT MMO games for this year.

This article is owned by Tech Times

ⓒ 2021 TECHTIMES.com All rights reserved. Do not reproduce without permission.