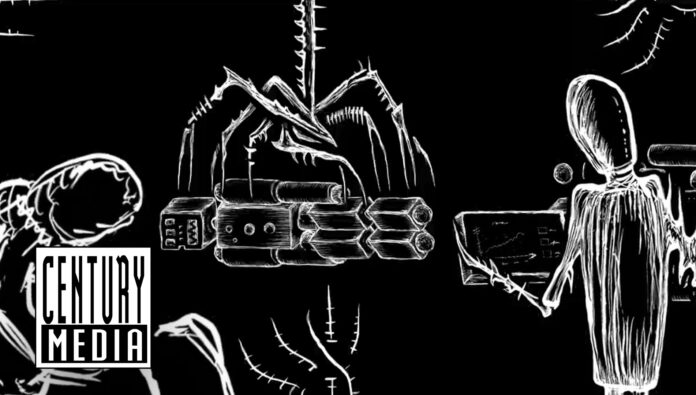 Canadian progressive sci-fi metal innovators VOIVOD are kicking off the campaign for their new studio album Synchro Anarchy scheduled for worldwide release on February 11th, 2022 via Century Media Records. ‘Planet Eaters’, the first single from the record, has been launched today. Check it out in a video clip directed by Pierre Menetrier here.

VOIVOD drummer Michel “Away” Langevin commented about the track and the video as follows: “On April 21st, 2021 an animated video for the song ‘Nothingface‘ popped up online. The video was done by Pierre Menetrier on an Amiga computer in 1991, which I thought was beyond cool. The spectacular imagery and visual effects were just perfect for a Voïvod song. After wrapping up the recording and mixing of the ‘Synchro Anarchy’ album, we all agreed on ‘Planet Eaters’ as the first single/video. We thought the song had a vintage ‘Nothingface’/’Hatröss’ vibe, so I immediately contacted Pierre and asked him if he could make a video for the song. Once again, the result is just mind-blowing. You just can’t get more Voïvodian than that!”

Synchro Anarchy was recorded and mixed by Francis Perron at RadicArt Studio in Québec, Canada and mastered by Maor Appelbaum at Maor Appelbaum Mastering in California, U.S.A and produced by VOIVOD.

You can preorder the album here: https://voivodband.lnk.to/SynchroAnarchy

The album features cover artwork by VOIVOD’s Michel “Away” Langevin and includes the following track-listing:

VOIVOD – Synchro Anarchy – Album:1. Paranormalium
2. Synchro Anarchy
3. Planet Eaters
4. Mind Clock
5. Sleeves Off
6. Holographic Thinking
7. The World Today
8. Quest For Nothing
9. Memory Failure
Next to the Jewelcase CD, LP and Digital Album formats, Synchro Anarchy will also be available in a Deluxe edition as Ltd. 2CD Mediabook and as Digital Album (2CD), containing the special ‘Return To Morgöth – Live 2018’ bonus disc, which features a full live-show recording of VOIVOD’s 35th Anniversary hometown appearance at the Festival Jonquière En Musique from June 29th, 2018. The show was recorded and mixed by Francis Perron, mastered by Yannick St-Amand and features the following track-listing:

VOIVOD – Return To Morgöth – Live 2018 – Bonus Disc:
1. Post Society
2. The Unknown Knows
3. Ravenous Medicine
4. Psychic Vacuum
5. Obsolete Beings
6. Technocratic Manipulators
7. Fall
8. The Prow
9. Order Of The Blackguards
10. The Lost Machine
11. Korgüll The Exterminator
The LP format of Synchro Anarchy will come on 180g vinyl with an A2 poster and will be available in the following variants/limitations: