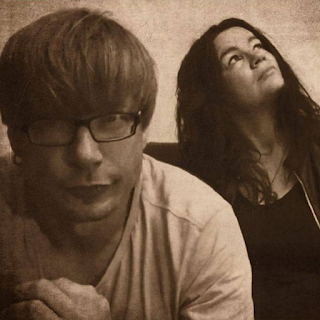 Para Lia is an Indie / Alternative Rock project from Cottbus, Germany. Let’s have a chat with the guys about their music.

– Hi guys and welcome to this interview.

Hi Gio and thank you for your interest!

Tell us about your latest release gone with the flow.

Our second longplayer ‘Gone With The Flow’ includes 11 tracks and was leading into a collaboration with the New York based artist called Louis Renzoni. Music and paintings – the meeting of both and the relationship between both art forms is the essence of the album and also an inspiration for the lyrical context. You can get an impression of both, album and collaboration if you visit the 3D online exhibition with all album songs by Para Lia, paintings from Louis Renzoni, background information, videos etc. Give it a visit here.

– How would you describe your sound?

A magazine wrote “… a bit like The Cure, New Order and other fantastic bands but ultimately Para Lia, with their own style and fabulous songwriting.“ – which of course is a huge compliment.

– What do you write about?

René is the songwriter and he writes about social questions, political stuff as well as about love. Mostly in a picturesque way – which on ‘Gone With The Flow’ is an advantage – music as paintings in melodies and tones.

– What do you listen to when you are home?

From Pixies and Neil Young to Motorpsycho and 60’s garage rock in music there are a lot of influences – and we still listen to that great stuff. Over the last years we came in contact with indie musicians from around the globe (some of them are guest musicians on Gone With The Flow) – and we love to discover their new releases and we spend a lot of time with. So much more beautiful music out there than in the mainstream radios.

– Your favourite live performance so far?

In fact Para Lia is an indie rock duo which never played live yet. It would be a lot of work to get the sound on stage – we had the thought in mind to do so with guest musicians. But right now here in Germany all public events are being cancelled, day by day. No time for making plans like this. So we concentrate our energy in the recording process.

– Tell us a funny story that happened in studio or on stage.

Every time when we are recording the harmony vocals and when we are trying to find the best vocal line it can be very funny – when we start to fool around and when we are joking. But hey, at least we mostly are successful and in the end the song gets what he needs.

This would be a hard decision for every music lover. Well, we try:

Neil Young With Crazy Horse – Live Rust. One of the best live albums ever.

Dinosaur Jr. – Where You Been. Loud, cool – and J Mascis is a guitar god.

– A musician you would like to meet for a beer?

Guess Neil Young. But with one beer it would not be done – the man can tell stories and stories out of decades as a musician. So Neil talks and we drink beer and listen.

– What would you ask for backstage, if you were the most important band on earth?

For a person for company who sees us just as human beings making music and tells us that we are a band, but not the most important band on earth!

– What are your plans for the near future?

We are working on new songs right now for a next EP or an album. And on the 2nd of January we want to release a new little video for one of the ‘Gone With The Flow’ songs. So head over to Youtube and have a peek-a-boo then!