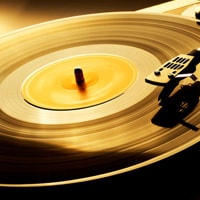 Question:
What does LP stand for in music?

Want to know what exactly a LP is and how they’re used in music? Then read on.

But first, if it’s your aim to do music professionally, you’ll want to check out our free ebook while it’s still available:

Free eBook: Discover how real independent musicians like you are making $4,077 – $22,573+ monthly via Youtube, let me know where to send the details:

What Is An LP Album?

LP stands for Long Playing, and is another word for “album”. It’s used to define the length of a product that is made by a musician.

While the term LP originally (and still is) referred to a longer length vinyl, the term is now also often used for CDs and digital downloads.

In regards to vinyl, LPs come on 12″ records. Tracks are placed on both sides of the vinyl due to each side only being able to store a certain amount of songs.

What exactly does “LP” mean?

Before streaming, digital downloads, CDs or even tape, we had vinyl records. This used to be the main way people listened to music.

At the time, the terms LP (Long Play) and EP (Extended Play) were used to distinguish different types of music releases.

An LP essentially referred to a full album worth of music, while an EP referred to any release that sat somewhere between a single and album in terms of content and length (e.g. three to five tracks).

While a vinyl LP can hold more than 40 minutes of music per side, the quality would be bad, so bands would opt to have less music per side.

Bands and artists had to be mindful of the playlist and plan out exactly the placement of every track on their album. They had to think about track length too.

This might be one of the reasons so many brilliant albums came out in the 60s and 70s. If you were going to record music, you had to be serious about it.

Likewise, recording methods were primitive compared to what they are today, requiring artists to commit their best performances to track without the luxury of re-dos.

Today, people still buy CDs and vinyl records. Streaming, however, is the new accepted standard. Digital distribution is easier than ever, and artists don’t have any of the limitations they used to with early recording methods and format limitations.

The legacy terms “LP” and “EP” have remained, however.

When a band releases an LP today, they are releasing an album.

When an artist releases an EP today, they are releasing half an album.

The motivation for releasing each can be a little different.

So, when an artist releases an LP, it’s likely because they have about a dozen songs they’re extremely proud of, have a strong thematic thread, or tell a story in some way (i.e. a concept album).

When an artist releases an EP, it could be for financial reasons. It could also be to fill the cracks in their catalog (for instance, the artist is going back on tour in six months, but to fill the “gaps” in their promotional efforts, they release an EP).

Some artists will release EPs to test out different material.

The terms “LP” and “EP” are very much alive today, and what they mean hasn’t changed a whole lot, except to say, when someone says “LP” or “EP”, they may not be referring to records.

How Many Tracks Should A LP Have On It?

So how many tracks should you put on an LP? Well, baring in mind it has to be longer than both singles and EP albums, you’ll want your vinyl album to be at least eight tracks long, depending on track length.

Eight tracks is probably the minimum you’ll want on your LP. If fans will be buying your album, you’ll want to give them value for their money. 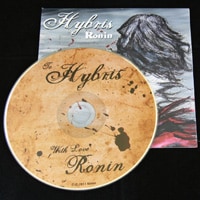 When it comes to CD albums, I’d recommend your album have 12 full tracks. You can also include skits, intros and outros, but don’t add those just to build up the track count.

You should still have around 12 songs on your LP. Some musicians put more tracks on their LP, but it’s up to you how many you put on.

You may want to look at other digital download albums and CDs in your genre to see what your competition is doing. Either compete with them with more songs, or by doing less and of better quality.

Should You Give Out Your Long Player LP For Free?

No, you definitely should not! Long Players aren’t meant to be used as a free promotional tool, that’s what mixtapes and EPs are for.

You can read more about why you shouldn’t give out free albums in this guide.

Where Can You Sell An LP You Make?

LPs are generally sold in record shops and online. If you’re looking to sell vinyl, your best bet is to see where other LPs in your genre are being sold and try and get them in the same shops as those.

You should also aim to get your LP in brick and mortar stores. There are plenty of them around that accept Sale Or Return (SOR) deals, so have a look.

What Does LP Stand For In Music Conclusion

So, what does LP stand for? Long Player, Long Playing or Long Play. It’s basically a type of album.

If there are any other questions you want answered about LP albums, such as the difference between this and an EP, please ask them in the comments section below. I’ll do my best to answer.

Related reading: How To Make An EP Album.

P.S. Remember though, none of what you’ve learned will matter if you don’t know how to get your music out there and earn from it. Want to learn how to do that? Then get our free ‘5 Steps To Profitable Youtube Music Career’ ebook emailed directly to you!

It Was Twenty Years Ago Today…

It Was Twenty Years Ago Today…

January 20, 2022 4
The UK Psychedelic Underworld Is In Rude Health | Features