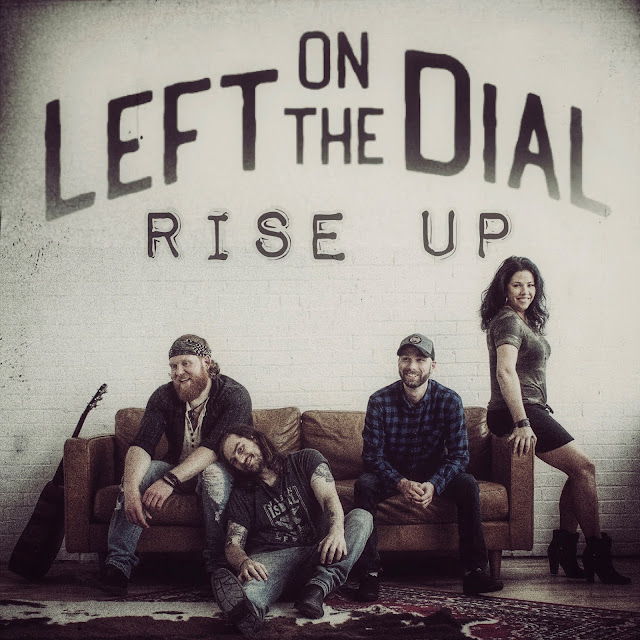 Left on the Dial (LOTD) can’t be simply defined as a Toronto-based rock band. Its complexity resides in the quality of its music and in the reflection of its influences, with its multifaceted nature coming from shades of different genres, from classic and southern rock and blues from the 60s, to 90s grunge and 2000s garage rock, and everything in between.

This band weaves its bluesy and melodic southern-flavoured sound through the contribution and collaboration of its members: Blake Ruelens (lead singer & guitar), Josh Drazilov (lead guitar), Jennifer Sarsfield (drums), Dave Harris (bass), each of them bringing their own style and influence to this interesting music project.

The band’s name is no coincidence: it’s a celebration of the indie, emerging music of the 80s, but also of radio as a medium, of the freedom of expression and of the different layers that create LOTD’s sound.

Ready to drop their new EP Broadcast, these four talented artists from Toronto promise their fans intense, eclectic and meaningful songs with a mixed vibe that spans from rock to blues to grunge with a vintage taste of early radio broadcasting and emergency transmissions.

With influences such as Allman Brothers, Lynyrd Skynyrd, Rolling Stones, Rival Sons, QOTSA and Pearl Jam to name a few, Left on the Dial will soon deliver to the public not only a ‘bunch of very good songs’, but something more, something that highlights the complex times we are facing now…and they do this with a soul all their own:

“It’s about love, humanity, community and connection. It’s about honesty, not perfection”.

Rise Up has been chosen by the band as the single to open their EP Broadcast, and it will be officially out on Friday September 11th, preceded by its music video that will drop Friday September 4th.

Classic and appealing guitar lines open this piece with a vintage energy that’s timely in its subject: climate change. A tough argument, sung bravely by the powerful voice of Blake who isn’t afraid to sail the rockish, bluesy beat of this piece that works as a perfect time machine: close your eyes and imagine you’re attending one of those iconic festivals at the turn of the late ’60s and ’70s.

It feels so good to enjoy such pure rock that’s passionate and honest, creating a complex synthesis of several musical influences that only enriches and empowers its melody.

A perfect intro to the world of LOTD!

May 21, 2022 5
Cryptocurrency Is ‘Based on Nothing,’ Should Be Regulated, ECB’s Lagarde Says – Regulation Bitcoin News

Cryptocurrency Is ‘Based on Nothing,’ Should Be Regulated, ECB’s Lagarde Says – Regulation Bitcoin News