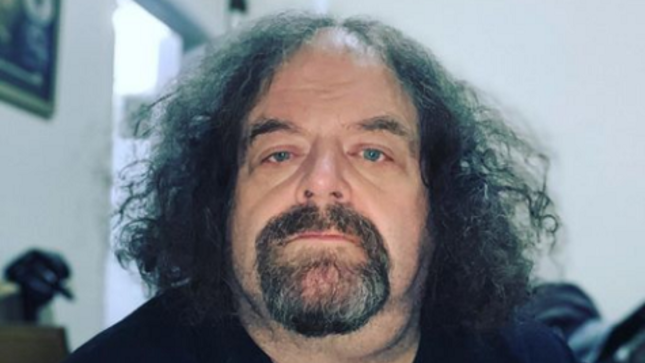 “Besides all of the other music I have been deeply involved with – during these past couple of years – I have not lost sight of the next Napalm Death album! These last few albums, due to to our extensive touring, have taken time to put together… especially the last album (2020’s Throes Of Joy In The Jaws Of Defeatism). As it was released, I already had thoughts on this next one, so have been recording riffs and thinking a lot about what’s next – more extreme experimentation is on the horizon! But of course there is going to be some heavy as f*ck riffing coming also.”

Resentment Is Always Seismic – A Final Throw Of Throes is a partner recording to Napalm Death’s latest, much acclaimed Throes Of Joy In The Jaws Of Defeatism album from 2020, concluding matters through vital, tumultuous grindcore and shockwave ambience.

While recently on the road across North America, Napalm Death frontman Mark “Barney” Greenway checked in with the following comment about the upcoming release: “You can certainly consider Resentment Is Always… as an extension of – or partner recording to – the Throes… album. We had long since wanted to put a mini-album out – in the spirit of the old days – and found we had enough quality tracks even after all the Throes… bonus tracks to do that. Hopefully this mini holds some nice twists in its own right for people, and certainly covering ‘People Pie’ by Slab! made us really stretch ourselves, which feels great artistically. In the end, resentment is certainly seismic – it can trigger the complete erosion of humanity in many situations. That was the point that I really wanted to hammer home overall.”

“Narcissus”, the furious opening track of the release, is being offered as a small foretaste of the mini-album. Check it out at full volume below.

“’Narcissus’ just seemed to fit the bill as one of those rampaging tracks that we always seem to gravitate towards as an album opener. The low-slung concrete mixer bassline at the start really ushers it in nicely. It was written at a time when the ‘alt-right’ was parading itself around, so lyrically I like to think it exposes the vanity and personality cult of that whole thing,” added Greenway.

The 8-track mini-album comes with a total playing time of 29 minutes and will be available as Ltd. CD Digipak, Vinyl as well as in the Digital Album format.

The vinyl edition will come as 12” (at 33 ⅓ RPM) on 180g vinyl, available in the following variants/limitations:

“Slaver Through A Repeat Performance”

Napalm Death recently announced a next edition of their Campaign For Musical Destruction tour across Europe for February/March 2022, this time featuring support by Doom, Siberian Meatgrinder and Show Me The Body. Dates below.

May 21, 2022 4
Everything You Wanted To Know About Those Download Cards in Vinyl Reco

May 21, 2022 4
US Congress introduces record number of crypto related bills