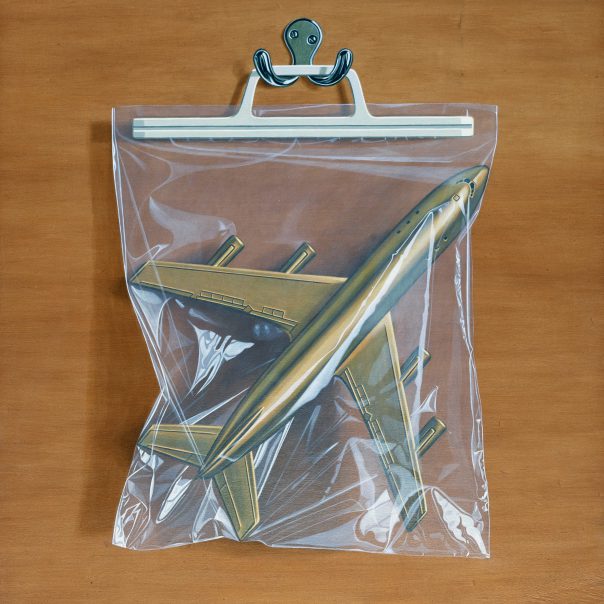 Shall we compare Black Country, New Road to Slint? The U.K. art-rock collective invited listeners to do so on its debut LP, For the first time, by name-checking that ’90s indie rock cult favorite. Even if it hadn’t, the album’s ominous melodies, groaned vocals and clanging guitar drones might have called Spiderland to mind, anyway.

Black Country, New Road’s follow-up, Ants From Up There, should reduce any Slint comparisons, if not end them altogether. Indeed, fans of For the first time might not know what to make of this on first listen. However, those willing to turn and face the strange changes will find something just as rewarding.

At the same time, the debut’s air of doom and gloom has all but vanished. The guitars do drone, but they ring and jangle much more than they clang. They also share equal footing with—and even cede ground to—the band’s violin, sax and piano. The biggest change is in the tunes and the tempos, which range from serene to ecstatic.

Some post-punk devotees might grouse that Black Country, New Road is trying to jump on the Mumford & Sons bandwagon 10 years too late. But for all the acoustic instruments and touches of folk music, Ants From Up There’s genial melodies, pitch-challenged singing, wry lyrics and loose, ambling feel recall another ’90s indie-rock cult favorite: Pavement. Wood comes across as less snarky and more vulnerable than Stephen Malkmus, though, and good for him. Vulnerability tends to age better than snark.

Ants from Up There’s 55-second “Intro” serves notice that we’re not in Spiderland anymore. It starts with Georgia Ellery sawing away on her fiddle as Lewis Evans’ saxophone sneaks up from behind. Around the 27-second mark, the rest of the band comes crashing in, pounding on the beat as one. It’s so bold and joyous that it could smack the eyeshadow off a goth.

The next track, “Chaos Space Marine,” sounds even more vivacious. Charlie Wayne’s drums roll and stomp as the other instruments skip, weave and zoom all around. Meanwhile, Wood bids farewell to England and sets sail “for New York state lines.” He shrugs off the memory of an ex calling him the title, declaring, “So what? I love you.” Other lyrics are a bit fuzzier, but the overall message seems clear enough: Onward and upward.

On “Concorde,” Wayne settles into a lumbering waltz as Wood croons the praises of a friend or lover who may have died or just gone away. Either way, consolation comes in the form of jangling guitars and some tender mandolin. As the rest of the band lurches and surges, Evans’ sax wafts above them like a benevolent angel.

Next comes “Bread Song.” Over a rippling, hypnotic guitar line, Wood murmurs mournfully of a significant other too distracted by modern technology and too scared to let their guard down. The violin and saxophone drone solemnly to soothe the singer’s heartache. About halfway through the song, Wayne helps lift the mood through some nimble syncopation.

On “Good Will Hunting,” Wood’s droll romantic yearnings get a dose of jolting synthesizer drone to go with the guitar jangle and pounding drums. This is followed by the somber “Holdern,” which gives Wood space to brood gnomically on his failings as sax and piano bemoan his loneliness. The instrumental “Mark’s Place” gives the spotlight to Evans, who channels a bit of Coleman Hawkins’ soulful elegance.

“The Place Where He Inserted the Blade” has the band waltz wistfully as Wood ruminates on a dysfunctional relationship. The nine-minute “Snow Globes” probably comes closest to the sound of For the first time. Starting as a gentle, droning dirge, it grows more thunderous as Wood describes a closeted gay friend who clings to religion.

The 12-minute closer, “Basketball Shoes,” begins even slower but builds to a riotous celebration of committed love and day-to-day life. “We’re all working on ourselves,” Wood sings, “and we’re praying that the rest don’t mind.”