So I’ve never really been a fan of NOFX. But I’ve never really had anything against them either. It’s always felt to me that they are a pretty polarising band, i.e. people tend to either love them or hate them. For me personally, I always kinda thought that they were kinda goofy but harmless. I saw them play once at a large festival in 2002 and thought that they were pretty entertaining. And over time I have decided that I really like Fat Mike. I watched a Fat Wreck documentary last year on Amazon Prime, and I listened to an episode of Toby Morse’s podcast with him on last year too, and I think that maybe people who don’t like him have him all wrong.

Well anyway, I became aware a few years ago that NOFX records are highly collectible these days, and some sell for a lot of money. So I was never going to try to get into any of that. But I decided to keep 4 of their LPs that were in the collection I have been selling. I’ve been listening to them these past few weeks and my conclusion is that I can definitely hang with early NOFX records. So I’m happy to have their early LPs in my collection.

First up, the 1st LP. ‘Liberal Animation’ was originally released back in 1988 on Wassail Records. All subsequent pressings after 1991 were released by Epitaph Records. This copy I have acquired is a yellow vinyl from 2011. Given that most of my friend’s records date back to the 90s, I’m not sure how this more recent pressing was in his collection. I’m happy enough with it though. 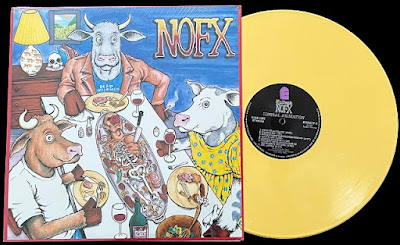 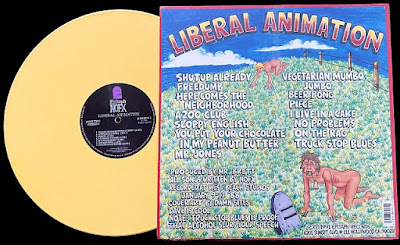 Compared to later records, this first LP does sound kinda sloppy. But at the same time, I think it sounds messsy in a good way. It’s punk.

Next up is the band’s 2nd LP, ‘S&M Airlines’. This was originally released by Epitaph in 1989. This one definitely shows progression from the first LP, althugh 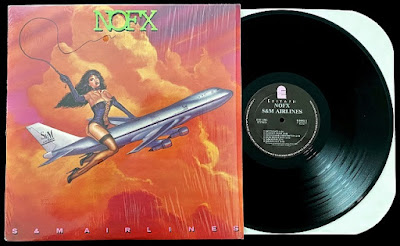 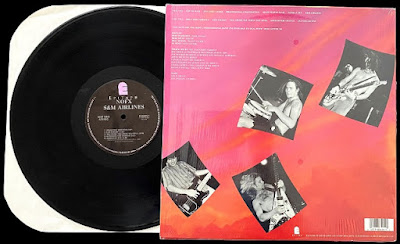 Third is the 3rd LP, ‘Ribbed’. This one came out on Epitaph in 1991. I think this one is my favourite, and to me it definitely feels like a good progression from the last one. 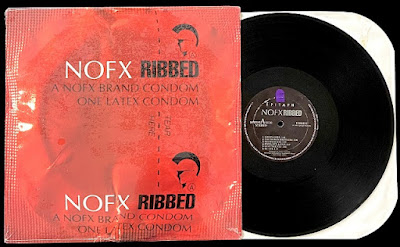 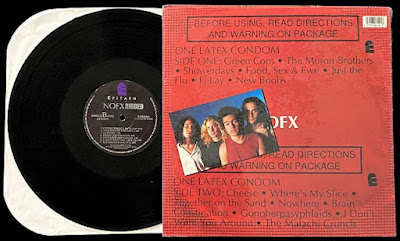 for some reason, the band’s 4th LP (‘White Trash, Two Heebs And A Bean’) was not in the collection, so I have a gap to fill there. But there was a copy of the 5th LP ‘Punk In Drublic’. This is the only one that I actually remember coming out. It was released in 1994, the same year as Green Day’s ‘Dookie’ and The Offspring’s ‘Smash’. My only real criticism of this one is that it feels that there are too many songs on it, as there are 17 in total. 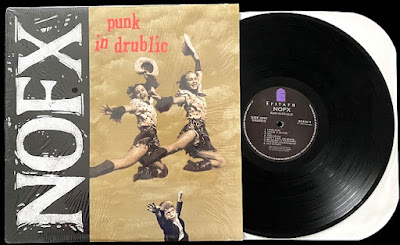 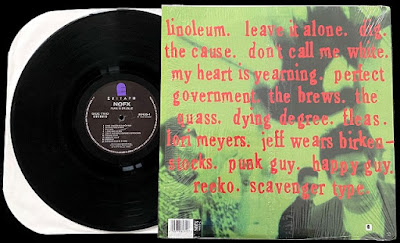 It’s kinda funny how I used to find black vinyl Epitaph releases boring, but these days I would prefer to have those than recent colour vinyl represses. But as much as I feel pretty happy about picking these up, I have no interest in picking up anything later than these records.