A group of soldiers lay tranquil in wartime Vietnam. They laughed, cocked their shotguns, and loaded them with marijuana. As they smoked weed from their weapons, thin sheets of white smoke covering their faces, one of the soldiers proclaimed: “We get really stoned”.

When Swedish indie-pop aces The Radio Dept. released their third album Clinging to a Scheme (2010), they hinted at this anecdote. A contemporary dream pop classic that stands as one of the genre’s greatest releases, it was bolstered by its musical references — be it agitprop quotes by staple rockstars or lyrics lifted from Glasgow’s pop greats. Yet this solemnly-titled project is masterful because it hinted at more. 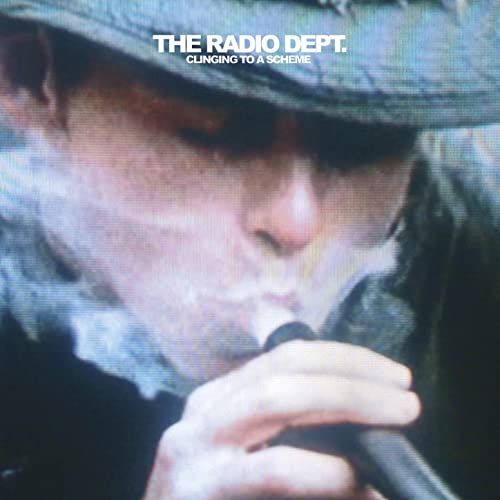 Their third album is often lauded as a career-high and the moment that they began collecting anti-establishment reference points. Evocative spoken-word samples include Sonic Youth’s Thurston Moore sounding off about destroying “the bogus capitalist process that is destroying youth culture.” The disillusioned soldier, idly smoking from a gun, starts to take on more meaning.

This is, of course, a reference to Clinging to a Scheme’s artwork – a still taken from the 1999 documentary Grass. This seemingly wacky anecdote carries a more sinister edge when considered in the wider context of war, establishment, and a corrupt system that allows suffering.

This is the gist of Clinging to a Scheme’s legacy: the unraveling of meaning. The record may have seemed like a “certain idea at one time,” but, 10 years on, it presents new meanings and new stories altogether. In a way, Clinging to a Scheme plays as a definitive 2010s record that happened to be released by the dawn of the decade. After all, the chaps from Lund were talking about “bogus capitalist processes” before the rise of populist charlatans; their sound, on the other hand, was already living under indie-pop tropes that would be a mainstay in the decade’s early years.

Formed in Lund in 1995 and consisting of Duncanson and Martin Calberg, Radio Dept. is known for building low-key indie-pop songs that deliver hooks on hushed, fuzzy vocals. Their melodies, though never energic, can range from quiet to jolted, and are often backed up by noisy, trebly guitars that sound like they could’ve been pulled from a VHS feed. All of their tracks are processed through a dime-a-dozen guitar amp, which gives them their lo-fi quality. Although often described as a “shoegaze-influenced band” – a reference to exaggerated use of effect pedals – they’ve always been closer to The Jesus and Mary Chain’s cheap and cheerful noise-pop songs than to My Bloody Valentine’s big-budget records. 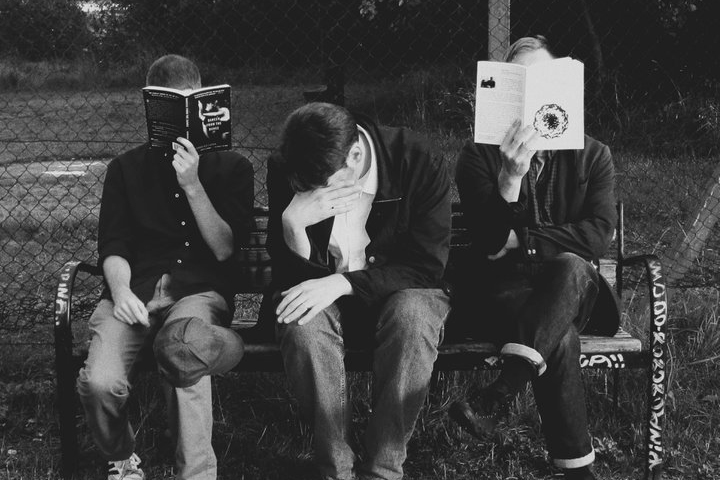 Released in April 2010 by Swedish label Labrador Records and clocking in just under 35 minutes, Clinging to a Scheme certainly pushed the Radio Dept.’s sound towards a more soothing direction by eschewing harsh power chords, amping up their synths, and making sure that if it was going to be atmospheric, it should also be fuzzy. This dream pop aesthetic had been present in earlier releases, but in Clinging to a Scheme it was overwhelming, palpable from the record’s earliest moments.

In the album’s opening track, “Domestic Scene,” and under a cobweb of arpeggiated guitars, singer Johan Duncanson would whisper melodies resembling those of Pavement’s “Trigger Cut,” in which Malkmus had famously sung “I’m coming back today.” Duncanson chose to state the exact opposite: “We’re leaving just in time.” “Domestic Scene,” for all its austerity, still stands as one of the band’s strongest moments.

While the record’s swathed in serene dreamy sounds, such as “Memory Loss,” or “You Stopped Making Sense,” Clinging to a Scheme had its share of synthy, juddering tracks, such as lead singles “David” and “Heaven’s on Fire.” The hilariously titled “The Video Dept.”, for its part, attempted a crossover between noise-pop and post-punk revival to great success. “A Token of Gratitude” lifted lyrics from The Blue Nile’s “Tinseltown in the Rain” in a thought-provoking sketch, one of the record’s sprawling pieces and a worthwhile homage to the elegant Glaswegian pop crafters.

Many of these characteristics — the fuzzy bedroom-pop reverb, the jangly guitars, the lo-fi quality — were to have a boom in the earliest years of the 2010s. Labels such as Captured Tracks or Domino grouped dream pop acts together that released some of the decade’s (and the genre’s) finest albums. Claiming that The Radio Dept. were the frontrunners of a sound or a scene is perhaps far-fetched, but hindsight tells us that this group from Sweden did embrace a way of making music that was to prove commercially successful in the years after. Truth is, they probably don’t care about it.

“Heaven’s on Fire,” the Radio Dept.’s most popular song, starts off with dialogue pulled from the film 1991: The Year that Punk Broke. A voice asks what should “youth culture” do when it becomes monopolized, to which Thurston Moore responds: “I think we should destroy the bogus capitalist process that’s destroying youth culture.” It’s the same process that doomed the soldier: a pool of machinations too complex for him to fathom, but that has nonetheless destroyed his culture.

Clinging to a Scheme isn’t just an anti-system memo — it’s a warning about the advent of those bogus processes. Duncanson stretches out and sings “We’re outnumbered by those who take no pride / Charlatans just out of reach and out of time,” as well as lines such as “You stopped making sense / Don’t let them blindfold you.” The Radio Dept. became more adamant in their agitprop in subsequent releases, with titles such as “Thieves of State” or “Sloboda Narodu.”

Clinging to a Scheme remains an exciting example of subtly referential music, whether through nods to The Blue Nile and Sonic Youth, melodies calqued from indie rock’s trove, or song titles snaffled from Kiss. As its message unravels, the statement by the fascinating Swedish project proves as valid as it was ten years ago. Let its anniversary serve as a reason to dive back into what remains one of dream pop’s – and Sweden’s – greatest records.