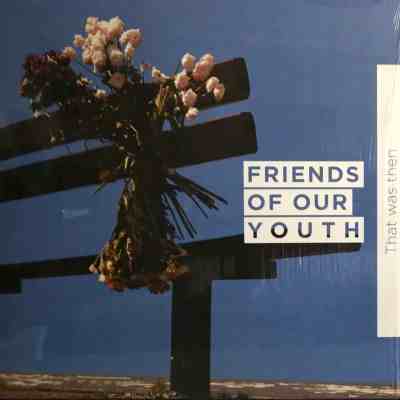 The most exciting new indie bands conjure up visions of acoustic guitar, singing with friends around a fire, and an authentic approach to the music and lyrics. We are living in the golden age of up-and-coming bands that need to have their music heard. In my opinion, indie music at its best can incorporate country, folk, and rock n roll along with a healthy dose of psychedelia. When you combine all of those disparate elements you end up with a band like Friends of Our Youth, who will soon be releasing their debut album, That Was Then.

The band’s approach involves making music without fear of restriction or pressure to write the next radio anthem. This ethos suits them well as the words & music sound as if they’ve always existed. The songs progress in a straightforward manner and tap into the listener’s emotional core – this is fantastic stuff. The band is based out of Manchester, England, and features David Boon on vocals. There is a literary slant to the band’s approach, which is refreshing. In fact – they’ve taken their band name from the Hermann Hesse novel Journey to the East. Ian Curtis of Joy Division once sang about “Love Will Tear Us Apart,” but with Friends of Our Youth we are given a unique perspective out of Manchester. Indeed, you will have hints of nostalgia along with songs that try to unwrap life’s great mysteries of love & loss.

The band have released two songs of That Was Then thus far. Search opens with a glorious cacophony of white noise feedback before settling into psychedelic tinged pop anthem. It operates as statement of intent and in a perfect world would be on radio stations worldwide. Lyrically, the tune deals with hypocrisy from the powers that be. “Please don’t push us around / Then say sorry / Don’t feed us lies / then starve us from choices.” Dim Light is a driving rock number with the vocals up front and center. It has a Television Personalities vibe that is alluring. It conjures up visions of days gone by. “We are the dim light / trying to guide a safe flight..” Great, great stuff. Whatever Makes It Easy has an alt country vibe that wouldn’t sound out of place on a Mojave 3 record. Wistful and longing, it is sure to be a highlight on the upcoming record. The layered vocals create a hymnal type sound that is inspiring. Summer is the perfect anthem for the season, hazy vibes bringing beach days to mind. On an album that is sure to be full of stunners, this will be another standout track.

The album is due to be released in the spring, details will be updated here within this review. Friends of Our Youth are sure to deliver one of the highlights based on the tracks released thus far. Soundcloud link to the album is here and the band’s Bandcamp is here. Be sure to support the band and follow their happenings on The Social Network.