2022 is the year when probably most of the apps are using the keyword “Metaverse” in their app descriptions. This particular keyword has given the apps some hype and has helped them make their users double or triple in numbers. So what is this Metaverse?

In November 2021, Mark Zuckerberg the CEO of Facebook announced that they are creating a digital world and the Meta management calls the digital world “Metaverse”, which is an online world where users can create their own avatars and do all the stuff inside the virtual spaces like they do in the real world.

Soon after the announcement was made from the Meta management the whole internet has gone crazy about the Metaverse and that is why many applications have opted for this specific word in their descriptions. The number of apps using this term has increased ten folds since Facebook announced its idea about this concept. According to the Sensor Tower report a number of specific words are being used massively in app descriptions in 2021 and 2022 and Metaverse is one of them.

Along with the Metaverse, other terminologies are highly being used. The crypto is on the second keyword that app developers’ are using. Currently 114 apps are considering crypto in their description box. NFTs (non-fungible tokens) is in third place. AR (augmented reality) and “VR” (virtual reality) are in 4th and 5th place respectively.

Metaverse is a huge and amazing concept which though is new, will still take a few good years before it comes to existence. However there is no denying that the concept surely will take technology on a whole new level. 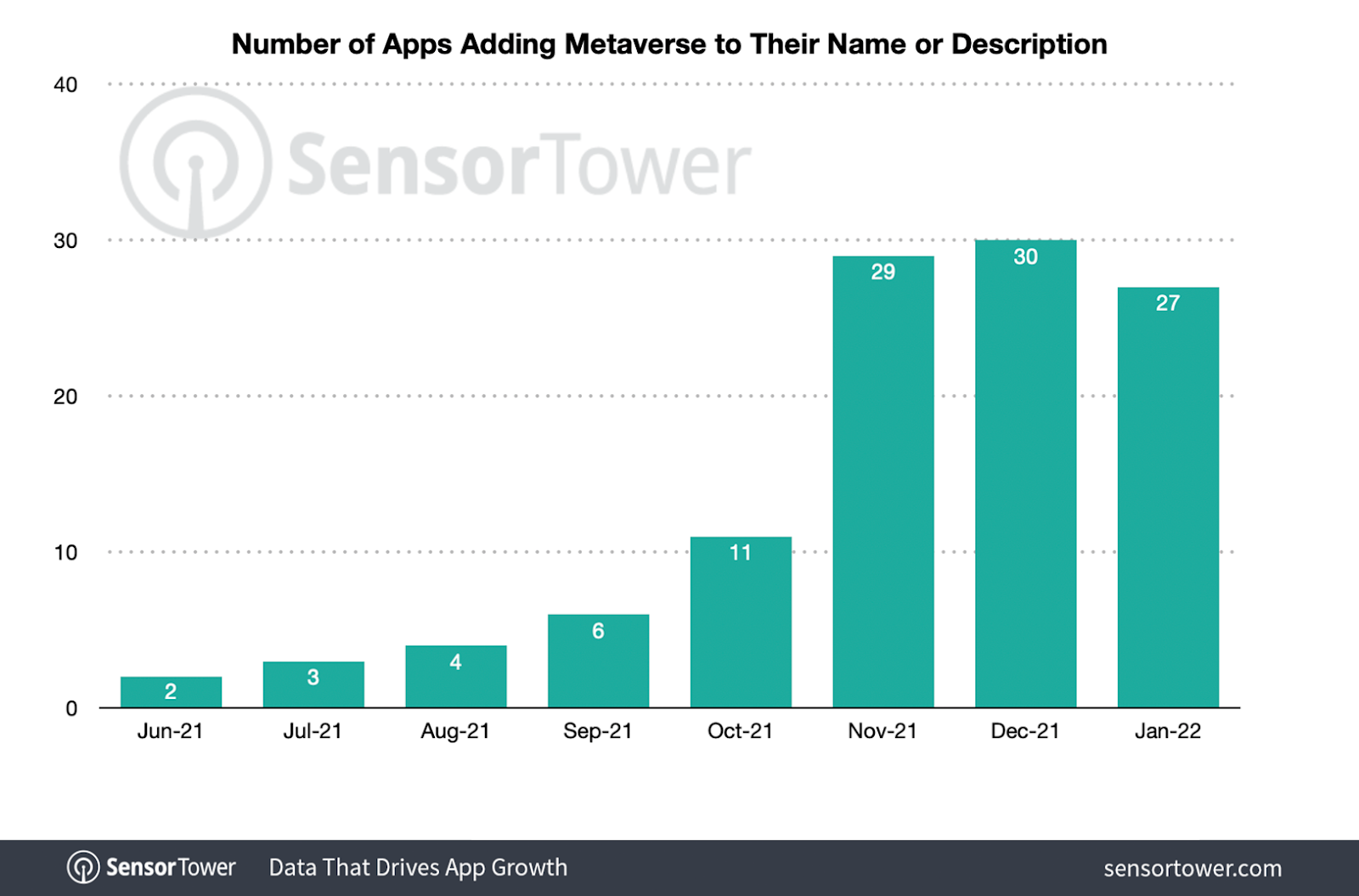 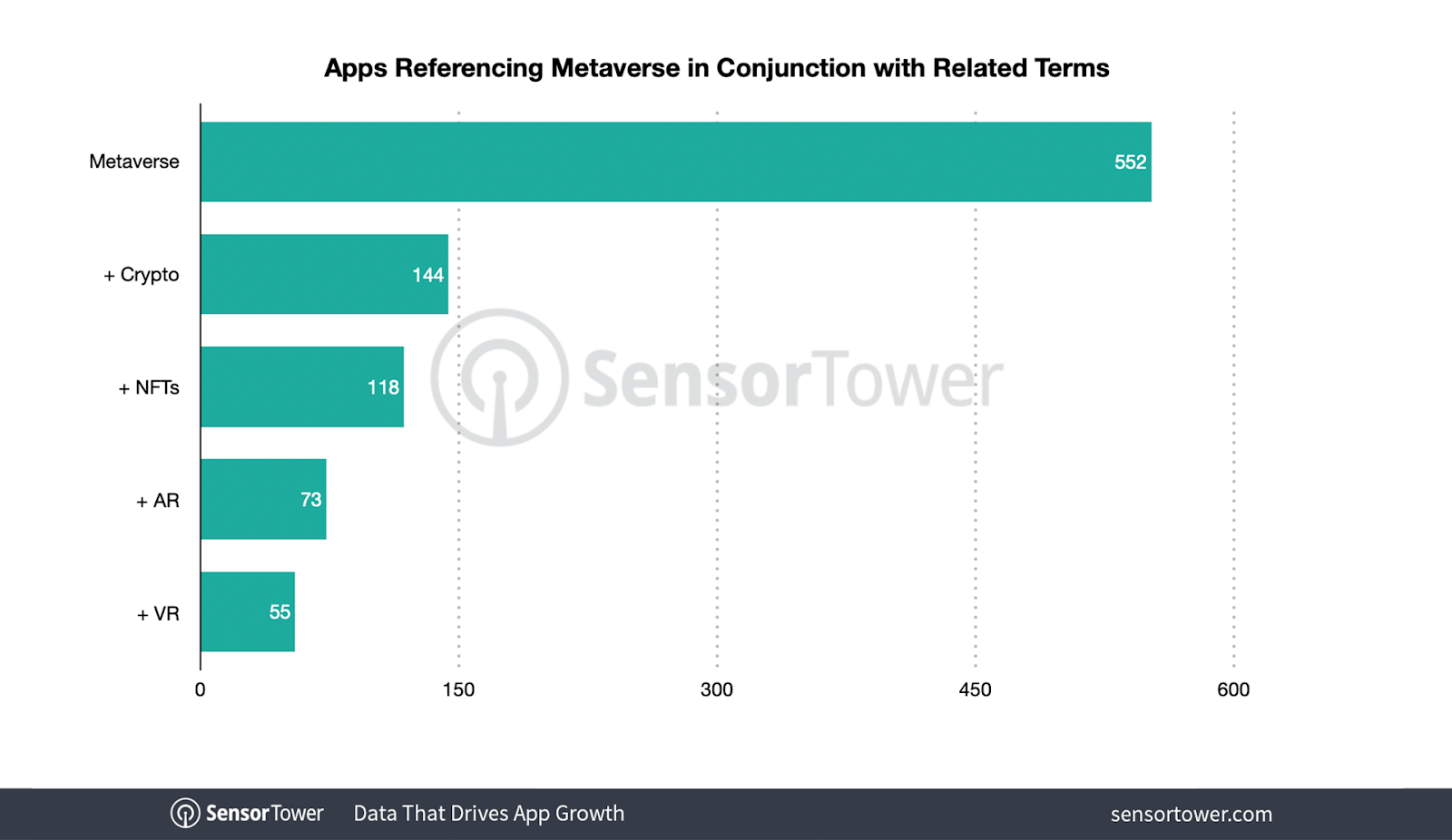 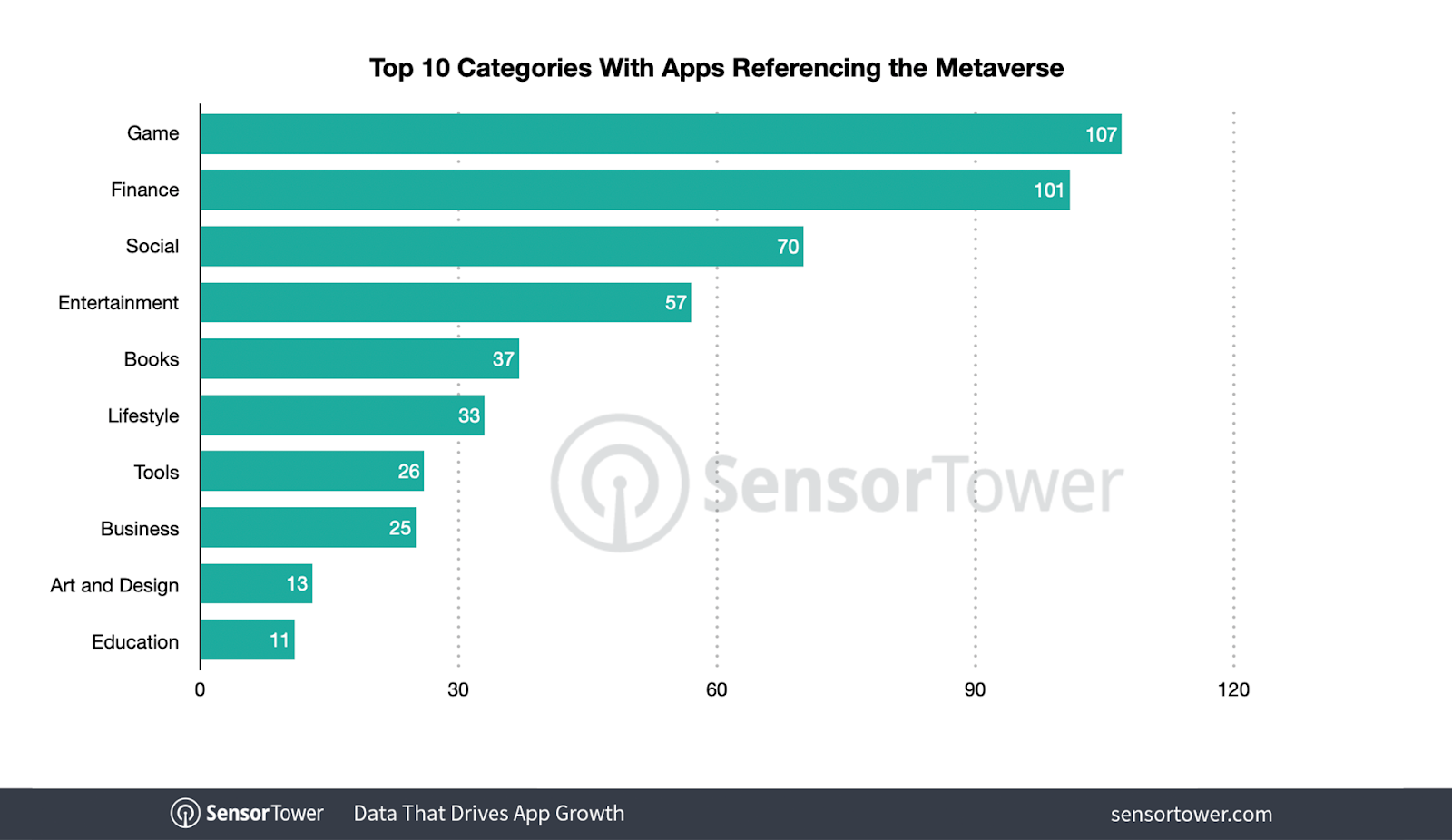 May 19, 2022 3
NBC Poll Shows 1 in 5 Americans Have Invested or Traded in Cryptocurrency