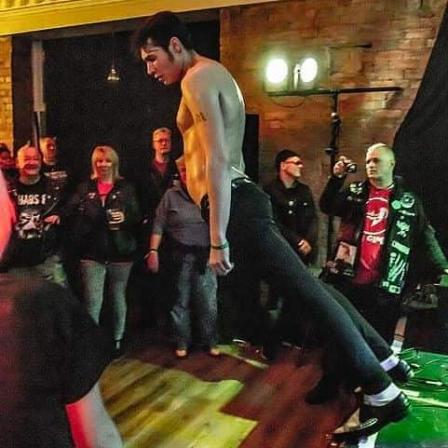 Punk Globe: Can you give the readers a bit of background on The Blue Carpet Band?

Djamel: We are a 5-piece Garage Punk / Dirty Rock n Roll band based in North London,

The band has been going for about 5 years but got serious in the last 2 years.

We are Signed to Bomber Music Records,

We have played alongside and supported TV Smith, Discharge, Slaughter And The Dogs, UK Subs, The Outcasts, 999, The Lurkers, Demented Are go, Guana Bats and many more.

Punk Globe: Were you a founder of the band or did you just join the band that had been around?

Djamel: I’m the only original member left we had a line up change at the end of 2018

And having family responsibilities to take care of. 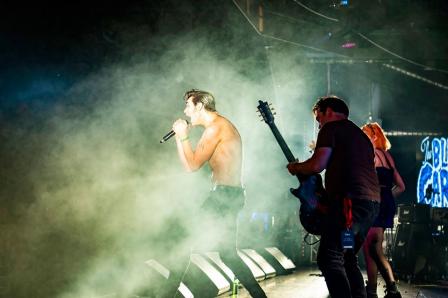 Punk Globe: Djamel, you are from New Zealand when did you migrate to England?

Djamel:  I moved to the UK in 2006 to attend performing arts school luckily had a British passport so the move was pretty easy.

Punk Globe: Did you spend your youth in New Zealand?

I did, was a very active kid with a pretty shit home life so spent my youth outside

Playing sports, performing in bands, acting on stage and TV and getting up to mischief

Punk Globe: Are you a Lucy Lawless fan? I love Xena!

Djamel: I was a big fan as a kid I also had a bit of a crush on her when I used to watch Xena, got to love a powerful woman

Punk Globe: Who is in the band and what do they play or do? 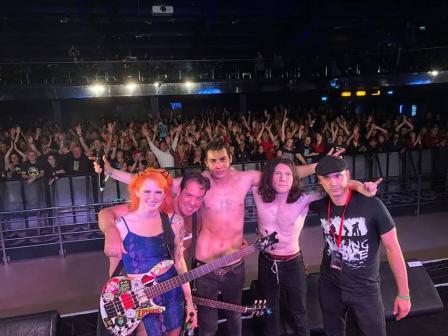 Punk Globe: What is the story behind the bands name?

Djamel: We used to rehearse at a bar called T chances in Tottenham North London

They had a rehearsal space upstairs where a lot of after parties were held after shows down stairs in the venue. All kinds of things were happening at these parties drugs, booze, orgys, people being sick everywhere it was a shit hole but it was our shit hole and everyone who went there loved it.

Punk Globe: Do you have any releases out?

Djamel: We do…. We have recently signed to Bomber Music records and released two new singles at the end of last year with them Ain’t Got No Damn Rock n Roll and Back In the Trash Our Debut Album Rock N Roll Carpet was self-released three years ago and remastered and re- released  on Flicknife Records two years ago as Rock n Roll Carpet Relaid… We are currently writing our second album which should be released later this year.

Punk Globe: Has the band toured?

Djamel: We have toured up and down the U K the last few years and have toured in France, Holland, Belgium and Ireland

Later this year we are joining a few dates of The Rezillos tour in the UK and heading to Poland next month for a few dates. Hoping to get over to the states soon.

Punk Globe: How would you describe The Blue Carpet Band’s sound?

Djamel: We are Lucky do have a pretty unique sound that can help play with a lot of bands and  fit a lot of different genres but essentially we are a Garage/ Punk n Roll band I think this sums us up well

The Blue Carpet Band Come on like Little Richard fronting The Stooges, its The Cramps playing with knives, Its frenzied, its electrifying rock’n’roll, its primordial punk. This is the kind of savage rock’n’roll that you need in your life!

Punk Globe: Tell us about the Influences of the band?

Djamel: Each of us have different influences

Beth is more into her Ska bands like The Skints, The Specials, The Interrupters

Luke is more of a Hardcore Punk and crossover punk fan

Where Dave is more of an early punk fan Sex Pistols, The Clash etc..

All together I like to think we create something special. 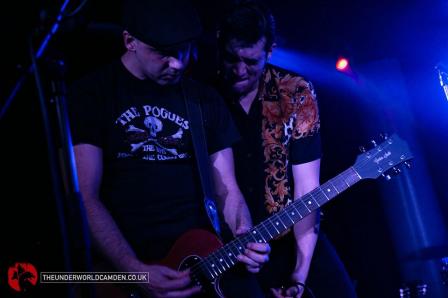 Punk Globe: Tell the readers about your thoughts on the music scene in London now?

Djamel: London has always appealed to me as a thriving city for music.

There are loads of little scenes some more cliquey then others but its great to see and meet so many like minded bands and people, plus you can pretty much go to a gig any night of the week.

But having so many bands and musicians in one place can be abit of a nightmare when trying to play shows as you will always be competing with 10 other shows the same night so can split audiences a lot.

Punk Globe: What are your feelings regarding Brexit?

Djamel: Complete wank. It was made by thick cunts and supported by thick cunts we have yet to feel the backlash of what these idiots have voted in but I’m sure we are in for dark times in the near future

Punk Globe: Do you feel it will affect touring?

Djamel:I do have a huge worry it will affect touring in the future its been really great fun playing and traveling in Europe over the years as well as getting loads of top European bands touring the UK but with the threat of having to apply for visas and declaring and paying percentages on merch sales I believe it will be near impossible for most bands to get out on the road across Europe

Punk Globe: Do you have any video’s out?

Djamel: We currently have one Video out for our latest single Back In The Trash on You tube

Punk Globe: Do you have any Internet addresses that you would like to share with the readers?

Djamel: They say never sleep with someone who doesn’t have books on their shelves