Hope all is well out there.

Quick update on RSD lists…we still don’t have the Universal list with pricing so will be next week im afraid before we can send that out…sorry….there will be an extra week to get wishlists back to us for the universal stuff but i do need most of the others  by midnight next weds the 9th of March please.

Shane will send them all here again…including a few extra ones from Little Amber Fish, SRD and Shellshock…so would appreciate any wish lists from these in the next week…sound out!!

Here are last week’s ones and Shane will have the extra ones down further:

Main focus of attack this week is the 18th March…so UNIVERSAL for the 18th March, releases flaky enough lately to be honest, but sher drive on…UNI anyway have the brand new album by SAM TOMPKINS on Island and is on CD or theres an indies only yellow vinyl also, there is 50th anniversary of FRANK ZAPPA “ the mothers 1971”.  “
The Zappa Trust has compiled a massive box set to celebrate the 50th anniversary of the Mothers Of Invention’s 1971 line-ups. Featured are the complete Fillmore East tapes, showcasing every note played over 2 nights in 4 shows during the closing of the famous venue in NYC, including the John Lennon and Yoko Ono encore, unedited with majority of the tracks being newly mixed from scratch by Craig Parker Adams and mastered by John Polito. Also included is the complete concert from the final show at the Rainbow Theatre in London, England where FZ was infamously pushed off the stage, resulting in injuries, the cancellation of the rest of the tour and ultimately the band. This historical Rainbow show is newly mixed by legend Eddie Kramer and mastered by Bernie Grundman. The box also features a bonus hybrid concert from Harrisburg and Scranton, PA 1971; original singles, album ads, a 68-page booklet showcasing an interview with Ian Underwood by Ahmet Zappa and liner notes from Eddie Kramer, Jim Pons (FZ’s then bass player) and Vaultmeister Joe Travers. VERY LIMITED EDITION.

UMC also doing both live shows on 3lp vinyl sets…live at the fillmore east and live at the rainbow theatre.

There are bluenote vinyl reissues also for the 18th March,
“Vibraphonist Milt Jackson was a frequent presence on Blue Note sessions in the bebop era. As part of the fabled 1500 Series begun in 1956, the label issued the 12” compilation Milt Jackson and The Thelonious Monk Quintet which expanded Jackson’s 10” LP Wizard of the Vibes with tracks from 1948 and 1951 dates led by Monk. The album cover was the first designed by Reid Miles.

This Blue Note Classic Vinyl Edition is all-analog, mastered by Kevin Gray from the original master tapes, and pressed on 180g vinyl at Optimal.

Bluenote also reissue The 4th volume of The Amazing Bud Powell series recorded in 1958 found the brilliant bebop piano master in particularly fine form on an ebullient set of his original tunes including “Buster Rides Again,” “Monopoly,” and “John’s Abbey.” Powell’s inventive solo flights shine in a trio setting with Sam Jones on bass and ‘Philly’ Joe Jones on drums.

This Blue Note Classic Vinyl Edition is all-analog, mastered by Kevin Gray from the original master tapes, and pressed on 180g vinyl at Optimal.

Warner for the 18th March have a brand new BRAD MEHLDAU CD “ jacob’s ladder” on Nonesuch, there is a brand new CYPRESS HILL album on BMG called “ back in black” on CD and LP, East/West have the brand new album from CHARLI XCX “ crash” on cd, lp or indies only coloured lp, 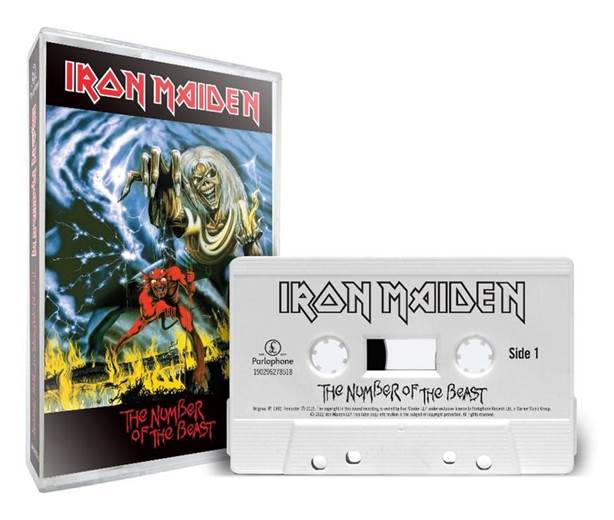 There is a reissue joby of KEITH RICHARDS “ MAIN OFFENDER” album on cd, lp, 2cd, indies lp and a deluxe boxset also on BMG, there is a brand new release also from SANTANA “ BLESSINGS AND MIRACLES”  again on BMG, he teams up with ROB THOMAS again on this new record with new single “ move” here!
https://youtu.be/Qy2O_rmNj2k

Sony for the 18th of March have the PEARL JAM “ rearview mirror greatest hits” across 2 separate double lps…volume one and volume two….there is a TOOL “ opiate” bluray which i have very little info on…there is a note next to it saying “ extremely limited” , so i’m not going to promise on this but if interested let us know and we will do our best.

Lastly from Sony for the 18th March is a BONEY M compilation double lp on coloured called “ the magic of”.

PROPER for the 18th of March have the brand new FEEDER album “ torpedo” and CD, CASSETTE or picture disc vinyl and they also have an album on ALLIGATOR records by ELVIN BISHOP and CHARLIE MUSSELWHITE “ 100 years of blues” on CD or LP.

Sound Ray!
Hey everyone! Hope ye’re all good.
As Ray mentioned earlier, here are the extra RSD lists with pricing that we didn’t have last week:

Also, there was a price change on the John Murry RSD release that is out through The Orchard, it’s now €37.

A few very limited and interesting ones to mention this week.
First up are two indie groups that started in the mid 2000s. BLOC PARTY have a brand new album coming called ‘Alpha Games’. It will be out at the end of April. Theirfirst e the indies red vinyl of that.
The month after that then, FOALS will be releasing their new one. It’s called ‘Life is Yours’, a nice positive title. Here’s the funky single ‘Wake Me Up’ from it :
https://youtu.be/-jvUFIVdR-Y

Then there are two from the classic rock vault. Prog legends RUSH will release a deluxe 40th anniversary set of the class ‘Moving Pictures’

Also, there are two 7 inch singles by Bill Fay.One with Julia Jacklin and the other with Mary Lattimore.
And the album ‘Still Some Light Part 2’. Fastest fingers first on these if interested, very limited.

Oh,and for the Bowie heads, there’s a nice reissue of Tin Machine 2 on coloured vinyl!

That’s it from me I think, back to Raymondo!

Right so integral for the 18th March have the brand new album by MIDLAKE, some BROADCAST reissues, FERRIS & SYLVESTER debut album and the reissue of SWANS “ SOUNDTRACK FOR THE BLIND” 4LP SET.

INTEGRAL for the 25th March have the brand new ALDOUS HARDING album “ warm chris” on 4AD…available on cd and lp….im really looking forward to this one, she has a super voice, very interesting artist…here is a song from the new album “ lawn”

There is a deluxe 10th anniversary reissue of BON IVERs self titled second album also on 4AD..available on cd and exclusive coloured vinyl version.

“This edition features five additional songs from Bon Iver’s beautiful AIR Studios session, which captures the grand spirit of ‘Bon Iver, Bon Iver’ and distils it into sharper focus, as Justin Vernon and Sean Carey perform the songs as a duo, on grand pianos and vocals only.”

INTEGRAL also for the 25th of March have the new album by DESTROYER “ labyrinthitis” via Bella Union on CD and indies cream vinyl.

The FOLLY GROUP EP is out via Ninja Tune imprint Technicolour and there are some TINARIWEN reissues of “ amassakoul” and “ the radio tisdas sessions”.

Sin e really for this week…

Just got word from Little amber fish that they need their RSD LISTS by the 4th march so if you are mad keen for something from them please wishlist it asap please.

Thanks for listening as always