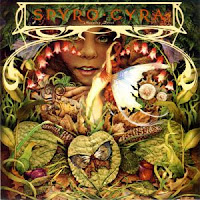 This was the band’s breakthrough album. The title track actually stayed in the Top 40 for 8 weeks, peaking at #24 – the rare smooth jazz crossover hit. It also peaked at #1 on the adult contemporary chart and #60 on the R&B chart.
This wasn’t the first Spyro Gyra album I purchased; in fact, I dubbed a cassette copy of a friend’s LP. In was, however, the first Spyro Gyra I heard because of the radio airplay. You would recognize music from this album not only from the radio, but also as background music from The Weather Channel and, for a short time in the ’80s, as prize cue music from The Price Is Right. I will complain about the liner notes because they are non-existent. The only information given is a track listing, leaving you to guess at the musicians and production team. (update: after a little looking, I find that in addition to the usual SG crew, the Brecker Brothers provide support)

Press of the time: 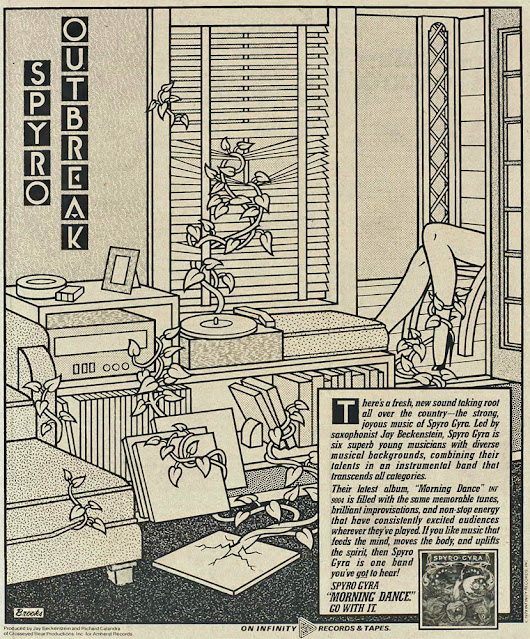 Tracks: 9 tracks clocking in at just over 41 minutes. I’ve listened to these songs so often that I can look past the rusty ’70s synth experiments and enjoy the music and performances. Stronger tracks are Morning Dance, Jubilee, Even the disco goodness of Starburst is a welcome listen. The weakest track is End Of Romanticism, their attempt at real Miles Davisesque fusion.
Personal Memory Associated with this CD: In 1979, my primary means of transportation was a blue 10-speed bicycle. I had been given a yellow AM bike radio which attached to the handlebars. It provided me company as I wove in and out of traffic without a helmet. I must have heard Morning Dance on that radio, because every time I hear that song I think of riding down Marguerite St. on that bike.