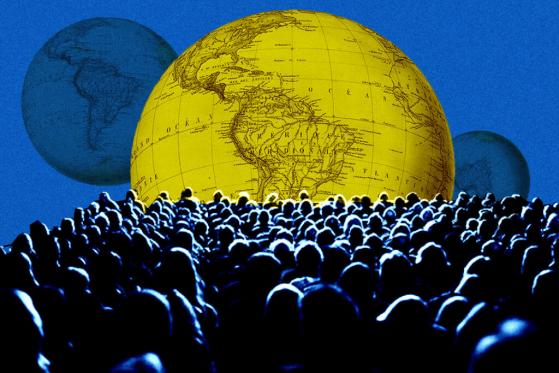 How is Cryptocurrency Regulation Going in Latin America?

The growth of the crypto industry in Latin America has been extraordinary in the last three years, as revealed by the company Chainalysis in its Global Cryptocurrency Adoption Index. This has led governments to adopt different regulatory standards to try to keep this industry under supervision and prevent its control from getting out of hand.

For this reason, the legislators of the countries where the adoption and use of digital assets has proliferated the most, have been presenting bills that are in different stages of discussion and approval. Until now, there is no common and comprehensive regulatory framework for cryptocurrencies in the region, as would be desirable for regulatory bodies.

Last year the cryptocurrency business reached a market volume of over 3 billion dollars. This market continues to grow as fiduciary currencies devalue with inflation and do not serve all the needs of the users of the financial system.

As of March, this is the situation of the regulatory processes that take place in Latin American countries.

This country is expected to increase regulations on BTC and other cryptocurrencies very soon. A bill has already been presented in this sense promoted by deputies Liliana Schwindt and Marcos Cleri of the Frente de Todos party, which awaits discussion.

The other bill on digital assets was presented by deputy Ignacio Torres from Todos por el Cambio, which is endorsed by several local exchange companies. More recently, the IMF asked the Argentine government to take measures to “discourage” the use of cryptocurrencies, as part of the debt agreement signed with the credit organization.

Argentina has the peculiarity that despite not having a regulatory framework for cryptocurrencies, it is already exercising fiscal control over virtual assets. Exchanges and Payment Service Providers are required to report their transactions to the tax body (AFIP).

Operations with cryptos must also pay Income Tax, but not VAT, since this tax does not fall into any of the approved tax categories. But exchanges do have to pay it, based on the amount of fees they charge users.

This country was the first in the region to ban cryptocurrencies. In 2014, the Central Bank of Bolivia (BCB) approved Board resolution 044/14 prohibiting the use of private crypto assets that are not issued and regulated by the government.

The regulator argued that the country lacked an adequate regulatory framework to oversee cryptocurrency operations. The BCB warned about the risks of crypto operations given the scams with Ponzi schemes that were reported in the country with the companies and Pay Diamond.

Since then, Bolivia has remained distant from cryptocurrency trading. Various BCB statements and resolutions have confirmed that the ban on digital money will continue.

To date, four bills have been introduced to regulate cryptocurrencies. The common goal is to attack money laundering and other criminal activities associated with digital assets. The legal proposals also seek to contribute to the protection of users, through the application of the Consumer Protection Code.

Bill No. 3825 presented by Senator Irajá Abreu of the Social Democratic Party unifies all the other proposals previously presented. Its objective is to create a transparent market where tax evasion and money laundering are avoided.

If this bill that promotes mining through clean energy sources by not charging taxes to ecological miners is approved, Brazil would become the largest regulator in Latin America.

Last year the Financial Superintendence of Colombia approved a regulatory sandbox for crypto businesses. The government agrees with the study, promotion and regulation of the industry, in view of its vertiginous growth. In this sense, a document was published with the guidelines that the public sector must follow for its adoption.

Regulatory sandboxes consist of controlled spaces in which pilot tests of new unregulated business models take place. The Financial Superintendence of Colombia considers that learning spaces can be generated there for the crypto industry and the government with the aim of improving the activity.

After the approval last December of Resolution 314 by the Financial Information and Analysis Unit (UIAF), exchanges are required to report the daily operations of their clients. Recently, Binance started pilot tests with several local banks.

Any transaction with BTC over US $150 must be notified to this agency as of April 1. Failure to comply with this rule provides for penalties of fines for amounts equivalent to 100 and 400 minimum wages. The minimum wage in Colombia is COP 1,000,000 (US $260).

In November, Senator Karim Bianchi presented the Bitcoin bill, which seeks to create a secure and reliable crypto ecosystem for all actors. In other words, it protects users and companies in the sector that participate in the digital currency market.

According to this bill, the responsibility for regulating crypto assets will be the Central Bank of Chile. The regulations aim to strengthen the Financial Analysis Unit to increase the fight against criminal activities, including money laundering.

Cryptocurrency service companies are required to be properly trained to offer a quality product to users.

The Central Bank of Ecuador intends to regulate operations with cryptocurrencies in the coming months. Its general manager, Guillermo Avellán, said that the regulatory framework will seek to avoid the risk of crimes related to cryptocurrencies such as scams and money laundering.

The issuing body will be in charge of developing this regulatory framework. Once it is ready, it will be presented to the Monetary Board for review. The Ecuadorian authorities have also clarified that they do not plan to convert BTC into legal tender as El Salvador did. But they admit that the State must regulate this activity.

It was the first country in the world to pass a law for regular operations with Bitcoin (BTC) as legal tender. The Bitcoin Law approved in September 2021, allows consumers and merchants to buy and sell goods and services payable in bitcoins.

The legal instrument establishes that the BTC – US dollar exchange rate will be set by the market itself. Salvadorans can pay their taxes with bitcoins and withholding agents are required to accept the digital currency.

Likewise, the legislators approved the Guidelines for the Authorization of the Operation of the Technological Platform of Services with Bitcoin and Dollars and the Temporary Technical Norms on Cybersecurity measures and Identification of Clients in Digital Channels.

The entire economic and financial policy of President Nayib Bukele’s administration revolves around Bitcoin. This decision has earned him quite a few criticisms from financial organizations such as the International Monetary Fund and the United States government.

In 2018, the Mexican government approved the Law to Regulate Financial Technology Institutions or Fintech Law. The law obliges the Bank of Mexico to create a regulatory framework for the crypto industry and its link with the financial system.

The legislation prevents banks and other financial institutions from transferring the operations or risks associated with crypto assets to the end user. So blockchain technology can only be used for activities internal to the financial system.

Although the law does not restrict the activities of service providers with cryptocurrencies either. They only need to be registered in the Tax Administration System and report their operations to the Financial Intelligence Unit to avoid criminal activities.

So far, the industry does not have an exclusive regulatory framework that regulates cryptocurrency trading directly. Meanwhile, Banxico plans to launch its CBDC which could be ready by 2024.

In the isthmus, three bills have been presented so far to regulate digital assets. There is the proposal presented by legislator Gabriel Silva to regulate Bitcoin and Ether, which establishes that cryptos represent an alternative global payment method accepted in any commercial operation.

Also, the deputy Cenobia Vargas presented for the consideration of the Panamanian Congress bill 696 that recommends regulating BTC and , as well as other digital assets such as NFT and 7UT tokens.

Previously, the alternate deputy Rolando Rodríguez had presented another bill to regulate digital currencies. The Trade and Economic Affairs Commission of the panamanian parliament must discuss whether to merge these bills or choose one of them and present it for discussion and approval in the plenary session of the National Assembly.

The Paraguayan Senate approved in December a bill to regulate operations with cryptocurrencies. The proposal was presented by Senator Fernando Silva Facetti of the Authentic Radical Liberal Party and two other legislators from the Hagamos party.

The bill seeks to guarantee the legal, financial and fiscal security of commercial activities related to digital assets. If approved, cryptocurrency companies will need to register with the Registry of Virtual Asset Providers.

Although the bill does not recognize cryptocurrencies as legal tender, it does consider mining as an innovative digital industry that can receive state incentives. To become law, the proposal must also be approved by the Chamber of Deputies and sanctioned by the government.

Peruvian lawmakers are currently debating the draft Framework Law for the Commercialization of Crypto Assets. The proposal presented by the deputy José Elías Avalos of the Podemos Peru party proposes two fundamental points.

On the one hand, the creation of a public registry of cryptocurrency service providers. On the other, the obligation of companies to report all “suspicious operations” to the Financial Intelligence Unit.

According to this bill, Peru will not consider Bitcoin as legal tender either.

The use of cryptocurrencies has also become very widespread in this country. In order to develop a specific regulatory framework for the crypto industry and open a wide space for debate on its benefits, the Uruguayan Chamber of FinTech created the Cryptocurrency Commission in 2018.

The Central Bank of Uruguay (BCU) announced that it was studying the issue through a working group created for this purpose. At the end of last year, a document entitled “Conceptual framework for the regulatory treatment of Virtual Assets in Uruguay” was published, in which he outlined his conception of the future regulation of the sector.

The document defines digital assets as a “digital representation of value or contractual rights that can be stored, transferred and traded electronically using registry technologies”.

However, everything indicates that the regulatory rules would not fall on virtual assets themselves, but services related to the industry. In such a way that the attention will be focused on the commercial activities of the exchanges and other crypto active trading companies.

After the Constituent Decree of Crypto Assets was approved in 2018, Venezuela began the path towards its regulation. The Venezuelan regime not only wanted to control cryptocurrencies, it also started generating them.

The mining of bitcoins sought to evade the sanctions imposed by the US for the violation of the human rights of Venezuelans. The government of Nicolás Maduro has tried in this way to keep the country’s dilapidated socialist economy afloat.

Likewise, with the advice of Russia, he created the Petro, the first cryptocurrency issued by a state. The token would be linked to the price of oil, but in reality it ended up being a digital currency whose price is arbitrarily set by the government through the central bank.

The regulatory body for cryptocurrencies in Venezuela is the National Superintendency of Crypto Assets and Related Activities (Sunacrip). Its mission is to regulate all activities and operations related to crypto assets. It is also responsible for managing control systems, policies and user registration.

Users and companies in the sector must register in the Comprehensive Registry of Crypto Active Services (Risec), attached to the regulatory body. While mining companies and cryptocurrency trading services must do so through the Integral Registry of Miners (RIM).

Last February, the National Assembly and the government approved the Large Financial Transactions Tax Law that covers cryptocurrencies. Crypto operations are taxed with a tax that ranges between 2% and 20%.

Join to get the flipside of crypto

Upgrade your inbox and get our DailyCoin editors’ picks 1x a week delivered straight to your inbox.