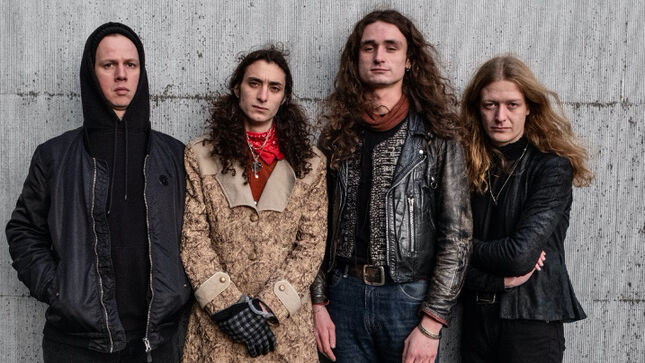 “‘Deceived by an Amethyst’ is a driving and pulsating, rock ‘n’ roll metal song, with lyrics dealing about deception, wishing for the wrong things, but in the end realizing, that things have to change and ties have to be cut. All wrapped in the signature Slaegt sound, with loads of melody and edge,” states Slaegt about the track.

Slaegt adds, “The day has come! We are super excited, happy, and proud to finally be able to present “Goddess”, in all its glory, to you all!! 40 minutes of powerful and emotionally charged black heavy metal, done in the unique Slaegt way. We can’t wait for you to hear it, feel it and get to know it. Let us know what you think and don’t forget to order a copy!”

Goddess was recorded and mixed by Martin ‘Konie’ Ehrencrona (Refused, In Solitude, Viagra Boys, Tribulation) at Studio Cobra as well as mastered by Magnus Lindberg (The Hellacopters, Cult of Luna, Dool) at Redmount Studios, both in Stockholm, Sweden in late 2021. The album comes with stunning artwork created by Dávid Glomba (Svartidaudi, Cult Of Fire, Malokarpatan) and showcases Slaegt’s most elaborated and accomplished work to date across 6 songs and 40 minutes of playing time.

Goddess, which can be ordered here, is available as limited edition CD-Digipak in its first pressing, as Gatefold LP on 180g vinyl with poster and also as a digital album. The vinyl edition is available in the following variants and limitations: 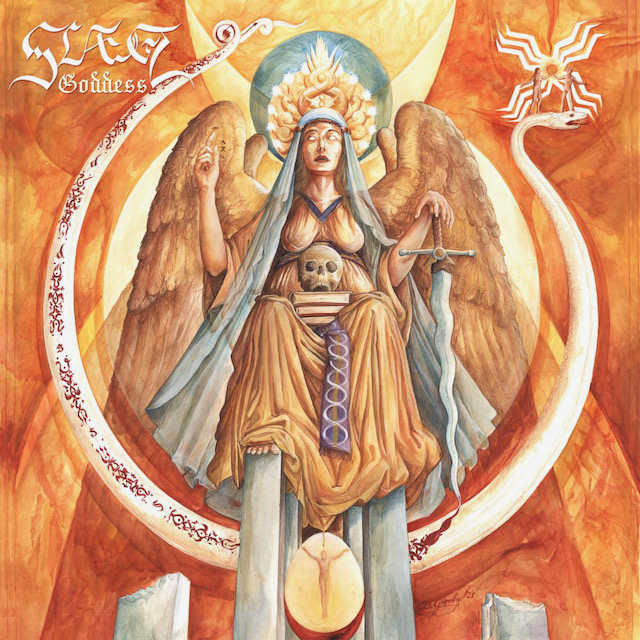 “Deceived By An Amethyst”

“Kiss From A Knife”

“Deceived By An Amethyst” lyric video:

“Kiss From A Knife” video:

Look out for Slaegt on their first European tour in support of Goddess with fellow Danish group Demon Head.