Minimal Wave is proud to present The Complete Collection 1980-1988, a five LP box set by the highly lauded French group Martin Dupont. The band formed in Marseille in 1980 and consisted of Alain Seghir, Brigitte Balian, Beverley Jane Crew, and Catherine Loy. They were immensely talented with a rare dynamic between them that was likely inspired by a combination of their magnetic personalities, creative vision and the home studio where they recorded. The music they made was colorful, enthusiastic and delicate, but also melancholy and mysterious. A mixture of hot and cold, light and dark. They made electronic music that incorporated guitars and clarinets and are described by many as a New Wave band yet they truly transcended genres. They had some mainstream success finding themselves opening for bands like The Lotus Eaters, The Lounge Lizards and Siouxsie and the Banshees, without any intention of ever being a commercial enterprise. In Beverley Jane Crew’s words, “the songs just tumbled out in a completely organic and spontaneous way and as soon as they were recorded on the four track, they were shared with friends on tapes, openly and excitedly.”

They released three studio albums: Just Because, Sleep Is A Luxury and Hot Paradox, one cassette entitled Inédits 1981-1983 and one 7” single entitled Your Passion. In 2008, Minimal Wave released a compilation of selected tracks entitled Lost And Late. Now one decade later, we are excitedly releasing our first box set for this phenomenal band.

The Complete Collection 1980-1988 consists of all of Martin Dupont’s recorded material to date in the form of five 180 gram vinyl LPs and spans 60 songs recorded between 1980 and 1988. Along with the five LPs, the box contains a 12-page LP-sized full-color booklet featuring previously unpublished photographs of the band, their history, and select song lyrics. The box itself is bound in platinum grey linen, with black foil type and both booklet and box are designed by NYC based artist Peter Miles. All five LPs are pressed on black 180 gram vinyl and feature the original artwork of the French artist Yves Cheynet. The second edition of this box set is limited to 500 copies, limit one per customer, please. It comes accompanied by an 18” x 24” poster of the band. Order here while supplies last. 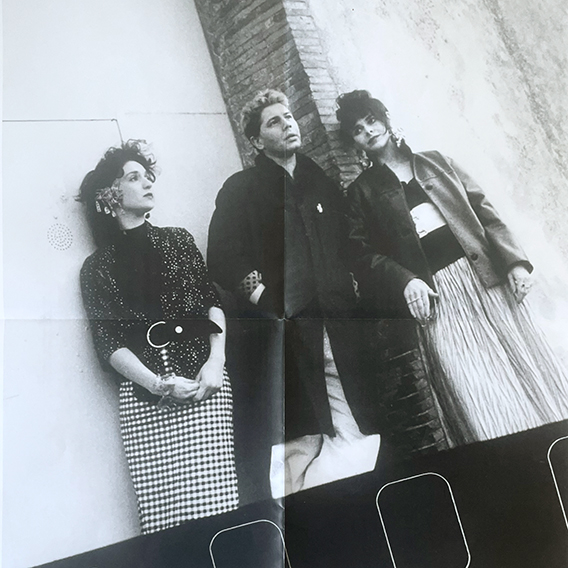