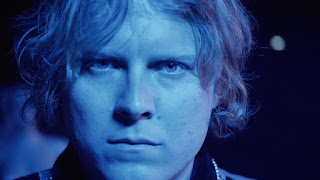 Tonight I’m headed to see Ty Segall’s very loud side-project, FUZZ with Chad Ubovich and Charles Mootheart. This is the second (or third) time this show has been rescheduled. Cross your fingers it’s happening. It’ll be my third time seeing this group. I’ve seen Ty Segall probably about a dozen times in total now.

It’s safe to say I have a crush on Ty Segall. I’ll eat up anything this man releases (enter pun here). 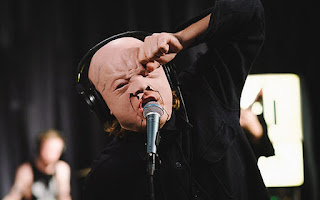 That being said I wanted to set you up for a fun filled two hours (actually four hours) of Ty themed madness Monday night. Let’s start off with a stellar performance from Ty Segall and the Muggers from February 27, 2016, from Webster Hall, NYC, in support of his “Emotional Mugger” release. So many treats during this show. I really appreciate that he’ll throw new songs in his set, but he’s never afraid of digging back into his vast catalogue either. Even though this is listed as his eighth official release, I know damn well by 2016 he’d put out a hefty barrage of 7″ and 12″ material. Just look at my record shelves!!!

For the second show tonight I have a treat from Morning Comes Ecelctic on KDRW, July 31, 2019 (ah, it

seems like a lifetime ago), in support of his “First Taste” release, supposedly his twelfth official full length. Yeah, right. I cut out the interview and left the tasty licks. You’re welcome.

And since I’m headed to see the show tonight I cued up a rerun from a Ty Segall special I produced in 2018, from 8-10PM Monday night. I know you’re going to dig this.

Next Monday, April 4th, I’m excited to finally be interviewing metal violinist Emily Palen of KnightressM1. She has some new material to share and much to talk about. Please join us then.

You can find my mostly-complete list of live shows right here. Have a request? Leave a comment.

Support these bands. Buy their officially released music and merch, and never ever sell live bootlegs. These are for trade only.

Stick around Monday’s 8-10PM Pacific for my weekly music mix, Hell’s Kitchen Radio. Lots of new music to share with you every week.

Enjoy and pay it forward.