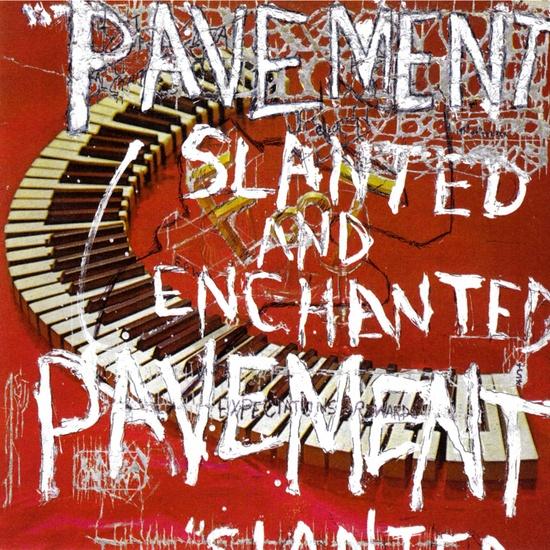 I’m all for robots, me. While many in this country yearn for a simpler age, finding comfort in the ‘make do and mend’ ethos, artisan cheeses and hand-crafted quilts, I embrace the perfection of what can be produced by the machine. Give me the uniform precision of a cake made by robots than the imperfection and unpredictability of its homemade rival and the un-provable standards of basic hygiene of its baker.

But despite my love of machines, their sudden dominance in music is something I find surprisingly unwelcome. Most genres have become enthralled to over-production, their various exponents believing that no track is complete without an excessive amount of audio effects, layering and digital manipulation. Even the traditionally technophobic world of indie has succumbed, with more bands than ever before employing studio trickery to distance themselves from their natural state.

It might make me sound horribly out of touch or like some kind of musical Luddite, but simplicity was once something that indie music took pride in. And there’s probably no finer example of this than Pavement’s debut effort Slanted and Enchanted, which was released twenty years ago this month.

It’s an album that was well regarded at the time and has continued to grace ‘best of’ lists since. It can sit comfortably alongside other greats of the 90s and arguably vie for a position in the top ten greatest indie albums of all time.
And part of what makes it so appealing is the ‘stripped-down’ sound that it embodied, one that stands as proof that sometimes less really is more.

Read almost any review of Slanted and Enchanted and the words ‘lo-fi’ will undoubtedly pop up, probably more than once. But even this description falls short of truly describing just how ramshackle a release this was.

On first listening to the album you’d be forgiven for thinking it was a demo, home-recorded on Portastudio using cheap cassette tape. And it would be an assumption not a million miles wide of the truth. The album was actually recorded at the home-studio of ex-hippy and Pavement drummer Gary Young and done so with little equipment or experience and on a very tight budget.

Though this might not sound particularly appealing at first, specifically to the auto-tuned ears of some readers, this is one of those many aspects of Slanted and Enchanted that makes it so magical.

The lo-fi production gives the listener an affinity with the band because knowing that the songs are not indebted to a producer’s signature sound or vision, or sullied by over-production provides one with a more precise sense of what it was like recording this album, an impression almost of what it would have felt like to have been there at the time.

Because of this, Pavement’s work has most often been likened to that of The Fall – specifically their early releases. Both groups embrace a raw, unpolished sound; one that seems to welcome dissonance and seeks to give the listener immediacy to the recording process.

And this is not just the opinion of music critics. The frontmen of both Pavement and The Fall (Stephen Malkmus and Mark E Smith respectively) have each acknowledged the apparent similarity, the former through his well documented love and indebtedness to the Manc post-punk outfit and the latter through a less flattering description of Pavement as Fall “rip-offs”, saying “it’s just The Fall in 1985, isn’t it? They haven’t got an original idea in their heads.”

Aside from the shared sound, what also links the two bands is their lyrical content. Like Smith, Malkmus excels at a stream of consciousness lyrical style, one that baffles and entertains in equal measure.

Take the opening to the stand-out track form the album, ‘Trigger Cut’ where Malkmus sings “Lies and betrayals / Fruit-covered nails / Eeeee-lectricity and Lust”. I’ve listened to this album countless time and still don’t really know what that means. And yet, just as Smith’s lyrics perfectly complement the chaotic music of The Fall, so too do Malkmus’ with Pavement.

But odd lyrics and Fall-inspired musical simplicity can only take you so far. And what makes Slanted and Enchanted a truly great album (rather than just a good one) is the quality of the songs.

‘Trigger Cut’ remains one of the band’s finer moments and arguably one of the most memorable and enduringly appealing indie tracks to emerge from that decade. It possesses everything that’s good about Pavement, surreal cut-and-paste lyrics, Malkmus’ unusual delivery, stripped-down production and an irresistibly catchy sound.

And it’s the last of these that is most important. Without the band’s capacity to craft genuinely catchy hooks and melodies, Slanted and Enchanted would have just been artless noise; or Yo La Tengo if you prefer. [Saucer of milk for Mr Keoghan! Ed]

And this ability to create order from the clutter, letting the undeniably wonderful song-writing of the band shine through, is evident on much of the album. Almost as impressive as ‘Trigger Cut’ are tracks such as ‘Zürich is Stained’, ‘Here’, and ‘In the Mouth of a Desert’; each one succeeding in walking that fine line between genius and chaos.

But that’s not to say that there aren’t some dodgy moments. While not necessarily bad, songs such as ‘Conduit for Sale!’ and ‘Chesley’s Little Wrists’ are significantly weaker than the rest. They probably could have been left off the album because their inclusion needlessly reveals what happens when a desire to create a messy-sound trumps song-writing, illustrating that the band is capable of sometimes getting it wrong.

But then what album, let alone what debut album, is without its faults? And Pavement at their weakest are still a hundred times more interesting than lots of other bands at their best.

I’d advise anyone who’s never listened to Slanted and Enchanted to do so as soon as possible and those of you who haven’t listened to it for a while to go back and enjoy it in its entirety.

This is music in its natural state, free from the modern belief that the trickery of the studio contains the key to success. It might be unpolished, messy and at times confusing but that’s exactly what helps make it so great.

May 24, 2022 5
Ash announce reissue series and ‘Free All Angels’ gigs with Charlotte Hatherley