In 1999, three ex-students of the Glasgow School Of Art would recruit vocalist Sue Tompkins to form the very short-lived project Life Without Buildings. Despite breaking up in 2002 with no prospect of reforming, the band managed to create something truly special with their only studio release: the brilliantly poetic, confrontational, and singular Any Other City.

Life Without Buildings’ one studio release was a slow burn, critically and commercially – but that’s not to say that the band wished it had sold millions or been raved about by magazines. In the handful of interviews band members have done in years since, they’re clearly proud of the album on their own terms, and never once express a desire to reform and cash in on any retrospective acclaim.

Even at the time the band found themselves accidentally bumping into wider success, immediately making it clear that they’d rather do their own thing. In the same month that Any Other City was released, Life Without Buildings were placed on the same bill as The Strokes. They later called this “a booking accident.”

Drummer Will Bradley recalled how the band felt uncomfortable about the bill, telling Muso’s Guide in 2009: “Our record label were trying to reinvent themselves with an eye on the indie big-time. I remember watching [The Strokes] for a few minutes, then I remember leaving… Whatever The Strokes were, in my mind at least we were a fundamentally different kind of thing to it. If we were where they were, then we were clearly in the wrong place.”

It’s telling that, even eight years later, the band still viewed supporting The Strokes just months before the release of Is This It as being in the wrong place. Given what was to come, that’s the 2000s indie rock equivalent of accidentally being booked at The Cavern club in August 1963. Despite the possibility of broadly categorising both as “indie rock” – a genre label that would soon become as specific as “guitar music” – Bradley’s assessment that Life Without Buildings were “fundamentally different” to The Strokes is a correct one. As we’ll see later, Life Without Buildings were not an NME-friendly band, while The Strokes were a really NME-friendly band.

In the alternate universe where Life Without Buildings decided to become indie-rock’s next big thing rather than split, they would have soon found themselves in a rather crowded landscape. Is This It, among other successes, heralded countless magazines to seemingly declare any four blokes with guitars and a “the” in their band name “the future of rock and roll” every week, when realistically they were the future of charity shop CD racks.

There was little room for sonic innovation, little room for emotional subtlety. If the industry was awarding bands like Razorlight and Jet with inescapable hits, who knows what it would have done to a band like Life Without Buildings. Things were feral enough on the review table – even before the taste of retro-rock slightly soured in critics’ mouths.

It’s probably for the best, then, that Life Without Buildings gave us one excellent album, and then dissolved before the mid-2000s really kicked into gear. They amicably broke up in 2002 to pursue careers as writers, designers and artists – this was their side-project, a hobby that got out of control.

Sue Tompkins’ frenetic stream-of-consciousness speak-singing is the core around which the rest of the record revolves. It’s undeniably an acquired taste: the NME gave Any Other City a scathing two-star review, saying that “only mad people and immediate family could warm to Tompkins.” Even a relatively positive review from The Guardian described her as “trilling like a Tellytubby on acid,” and yet, here we are, in an article calling the album “genius”.

So, why? No matter how initially jarring you might find Tompkins’ vocals, the unique delivery is impeccable throughout, and nowhere near as spontaneous as a passing listen might lead you to think. “She’s a genius, but beyond that she has killer timing,” drummer Will Bradley told Muso’s Guide. “She was never in the wrong place, never on the wrong beat. So much preparation… Nobody but Sue could explain how she does what she does. She wrote, or typed, with stutters and repetitions and mistakes and weird lapses already included.”

This thoughtful take on abstraction is unsurprising, given the art-school background of the band, and the enduring appeal of Any Other City speaks to the success of Tompkins’ deliberate approach. Her unique vocals give the impression of peering into someone’s head and watching thoughts get discarded, half-finished, rather than taking the bluntly literal path of faux-authentic babbling. They convey what they can convey in the context of a song: just enough is said, and just enough is left unsaid.

But, listening behind Tompkins’ vocals, the rest of the band (Will Bradley on drums, Chris Evans on bass and Robert Johnston on guitar) deliver a driving, offbeat sound, a minimalist amalgamation of countless influences. The band are clearly music-obsessives, too – across the LP, Tompkins name-drops an eclectic spread of music ranging from Squarepusher to Television.

When the record veers into anxious corners, Johnston and co also never ascend into over-the-top “freak out” moments – instead, they simply match the worried energy of Tompkins. The gamut of the record’s emotions is contained within a constant, driving post-punk rhythm section, beautiful, articulate guitar playing.

Guitar tones are consistently clean, but these are not “pretty” cleans – Johnston’s tone and playing both have a spiky quality to them, chords accentuated by sharp transients, and often resolving from dissonant to hopeful on a dime. Evans’ and Bradley’s parts form the backbone, the bass drums and keep the energy high while leaving Johnston enough room to experiment with his own rhythmic accents, often as stuttering and vocal as Tompkins.

The resulting combination of bass, drums and guitars ends up splitting the difference between the treble-heavy jangle of early post-punk such as Gang Of Four, and various flavours of the burgeoning math-rock sound. The latter was charting new ways to meld jarring discordance and sepia-toned nostalgia, sharing a healthy Venn diagram intersection with post-rock and emo.

Both post-punk and math-rock inform the production – as a whole, it’s minimalist and spacious, but by no means lo-fi. Every member is given ample breathing room, but there’s virtually no audible overdubbing. The band’s only other output, a live album, sounds remarkably similar – the immediacy of four musicians playing together in a room is evident on the record. 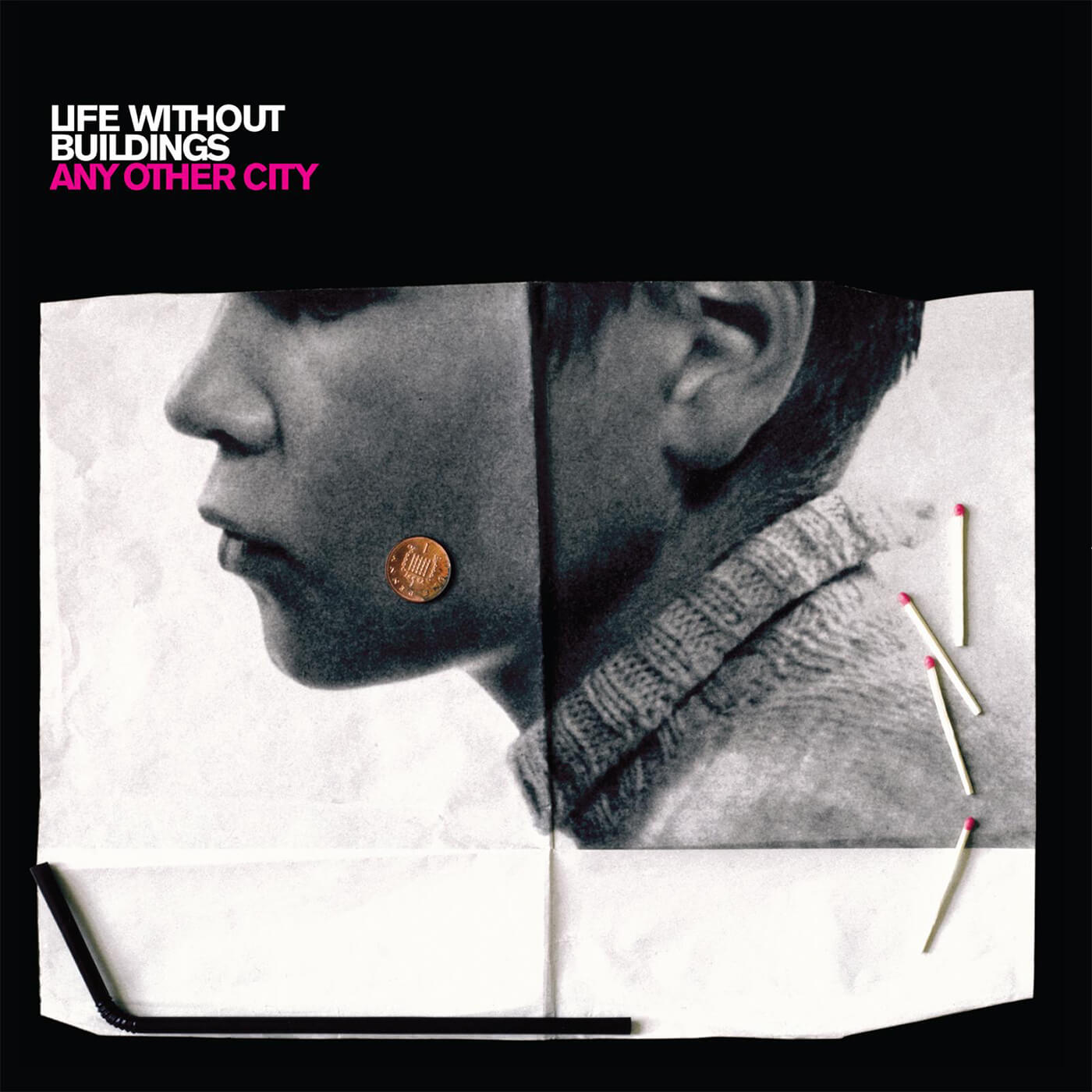 The track that many will discover this record through is The Leanover, and for good reason. Notably, the track enjoyed a random spike of popularity on TikTok last year, with thousands of videos with millions of views in total featuring the track.

It’s not hard to see why it got the viral treatment, out of all of the possible arty post-punk that could have: Tompkins’ lyrics express a raw, anxious picture of a relationship, a worried refrain of “If I lose you” melting into a broader wash of snippets of good times spent dancing and listening to My Bloody Valentine. Many math and emo bands – of the time and since – could easily blurt out introspective poetry about relationship angst over pretty guitar refrains, but here the half-finished sentences and circling repetition lend a veracity to the introspection, as if Tompkins truly cannot find the words to say what she needs to say.

And yet, there’s the anxious need to fill space: her vocals don’t stop once across the entire five minutes of The Leanover, constantly giving us random vignettes of a bigger picture, one we will never see in full. So, in a way, it’s perfect for TikTok.

The Leanover deserves a closer listen here as it’s the best summation of the appeal of Any Other City as a whole. Tompkins’ continuous vocals are bolstered by the rest of the band – the spontaneous feel of her delivery is offset by how together they perform – drums, bass and guitar all deliver their parts to the same rhythm as Tompkins’ breathless slew of lyrics.

The guitar is particularly moving here, with the rhythm section driving Johnston through yearning, emotive chords. It helps frame the repetitive lyrics as frustrated attempts to articulate the unsayable, rather than a stream of nonsense – nostalgic progressions bathing everything in a grainy sepia tone, softening the jarring anxiety of Tompkins’ delivery.

It’s easy to see why Any Other City became a cult classic rather than a smash hit. intricacies of the performances, and the detail with which they are recorded, make it a joy to revisit over and over again, especially once you are prepared for the vocal approach taken by Tompkins. Each listen will net you more details; more nuance to a guitar or bass line, another interpretation of a lyric, another genius drum part. Everything, including the fact that there was no follow-up, no reunion, draws your focus closer to the music and the unique cocktail of emotions it delivers.

Life Without Buildings, Any Other City (Tugboat Records, 2001)