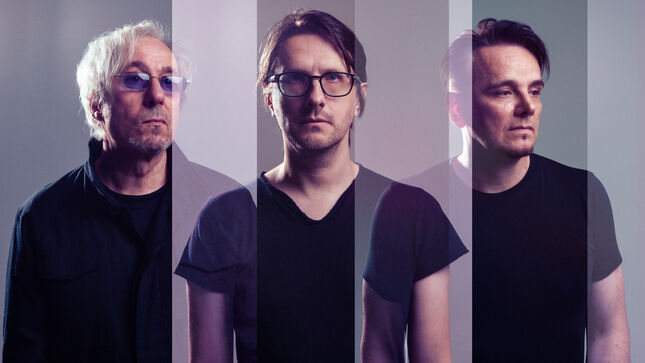 An update from the band states: “We would like to welcome Randy McStine and Nate Navarro to the Porcupine Tree touring line up. Both are incredibly talented musicians and we have already had the pleasure of rehearsing the new material with them. It’s sounding fantastic and we’re looking forward to the tours later this year.”

Already announced performances in Europe and the UK begin October 21 in Berlin, Germany, and then culminate at London’s world-famous SSE Arena, Wembley on November 11. Full routing is available below. 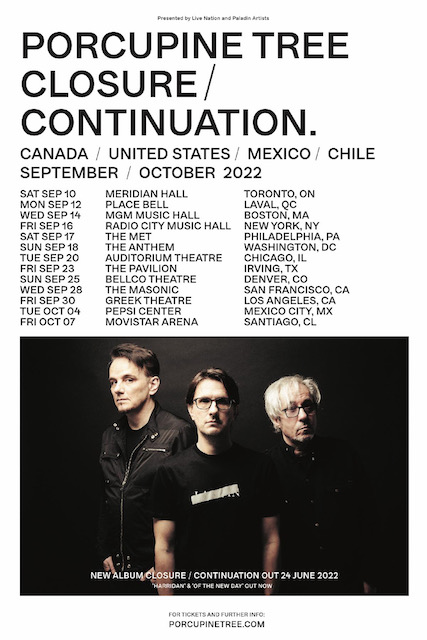 Closure/Continuation, out June 24 via Music For Nations/Megaforce Records, will be available on standard CD, standard black vinyl 2×12” LP, white vinyl 2×12” LP, transparent blue vinyl 2×12” LP, and white cassette. In addition, a limited audiophile deluxe LP will also be available, cut at 45rpm on 3×12” clear vinyl in 12” slipcase box with two bonus tracks; a limited audiophile deluxe CD in 12” slipcase box will include the standard CD, a second disc with three bonus tracks and instrumentals, Blu-ray disc with 5.1/Dolby Atmos and HD audio versions of the album, and an exclusive album art book. Pre-orders are available now, here.

One of the most forward-thinking, genre-defying rock bands of any era, Porcupine Tree was founded in 1987 by renowned musician/producer Steven Wilson as an outlet for the experimental recordings he was making outside of his acclaimed post-rock duo, No-Man. With the addition of keyboard player Richard Barbieri and drummer Gavin Harrison, Porcupine Tree soon evolved into a proper band, releasing 10 studio albums between 1992 and 2009. Each new release saw Porcupine Tree exploring new musical ideas, their expansive music shifting from pastoral psychedelic rock and ambient electronic soundscapes to experimental pop and propulsive metal. Later releases like 2007’s Grammy Award-nominated Fear Of A Blank Planet and 2009’s The Incident – the band’s biggest seller thus far, reaching the top 25 in both the US and the UK – saw Porcupine Tree effortlessly melding distinctive genres to create a groundbreaking musical universe all their own.

Recorded quietly and sporadically over the last decade and finished during a period when touring was curtailed in 2020/21, Closure/Continuation marks the most collaborative album of Porcupine Tree’s highly lauded career. From its restless, often troubled lyrics to its gorgeous cyclonic sound, the album stands tall as a stunning and timely return of rock’s most consistently innovative and influential bands, an album of forward-thinking music fed through myriad electronic filters, equal parts squalling noise and soaring, melancholy melody.