I am behind, big time. So it’s time to hit the ground running and review as many notable releases from this year as quickly as I can before the halfway point of the year. Wish me luck

Wet Leg are the hot new band in indie rock coming off a 2021 that saw their first two singles Chaise Lounge and Wet Dream both become major indie darlings and fir Chaise arguably even a hit song. I was quite as crazy about some of the bands earlier songs as other people were but if there’s one thing you can’t deny it’s how funny they are. The girls clearly write with a brash but still incredibly witty style that gives their songs a ton of personality that their contemporaries don’t have. Occasionally they can back these diversions up with some serious muscle on the instrumental side of things too. Unfortunately one of my observations on the singles that translated onto the record is that some of that intensity is clearly making up for simplicity. The record definitely has a tough time keeping its individual instrumentals refreshing throughout these songs as well as coming up with new compelling ideas throughout the entire tracklist. One thing you’ll notice all across the album if you have any real knowledge of indie rock new or old is that they are clearly influenced by some of their contemporaries. Thankfully that almost always shows up musically and thematically they maintain that same level of infectious humor that many of the singles promised. Wet Leg obviously have an extremely high ceiling and it’s rare for bands to really nail it on their very first try. This is a solid start with inconsistent songwriting but it shines where I think it’s most important, in proving why Wet Leg have the strength of personality to stick around long term. 6/10 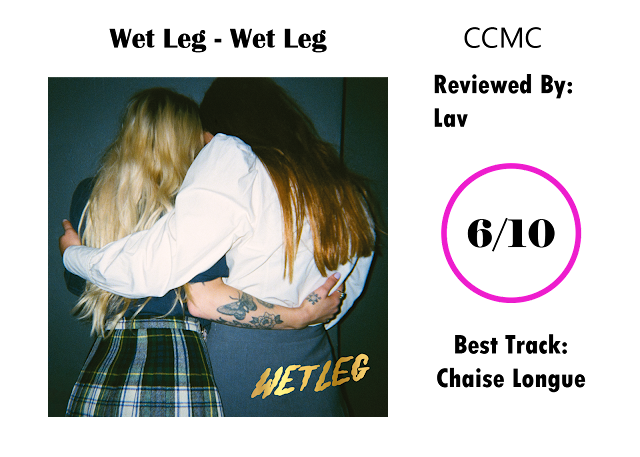 Fontaines D.C are a post-punk band from Ireland who have been attracting some major attention over the last few years alongside some of their post-punk contemporaries. If you asked a fan of the band who kept up with my reviews, they would tell you I was a massive hater of the band. That’s not true. While I wasn’t crazy about either of their records thus far I could always see why some people were. That came to fruition when the band released the lead single from this album Jackie Down The Line which instantly became my favorite Fontaines D.C. song to date and set me on high alert for this record. Much like the issues I’ve had with their previous records these songs just crawl in a way that is so unsatisfying to my brain. It feels like the linger on instrumental passages for some kind of darkly dramatic effect but it almost never heightens these tracks. I don’t hear the same elegance of a genre like slowcore or even the haunting of a band like Timber Timbre in these compositions they just seem to take way longer to develop than they should. There are things I like about the record though. Frontman Grian Chatten has a vocal delivery that is spectacularly unique and sells some of these refrains entirely with his perfectly understated performances. I also enjoy some of the unconventional instrumentation they use, it goes a long way to helping distinguish some of these tracks. The records best deep cuts are often highlighted by outside the box instrumentation that is impossible to ignore like on the title track. Thankfully the album is saved from being a complete slog by a pretty good trio of tracks that it ends off on, While this may be my favorite record from the band so far, I still find quite a bit of it to be a little tedious. 5.5/10 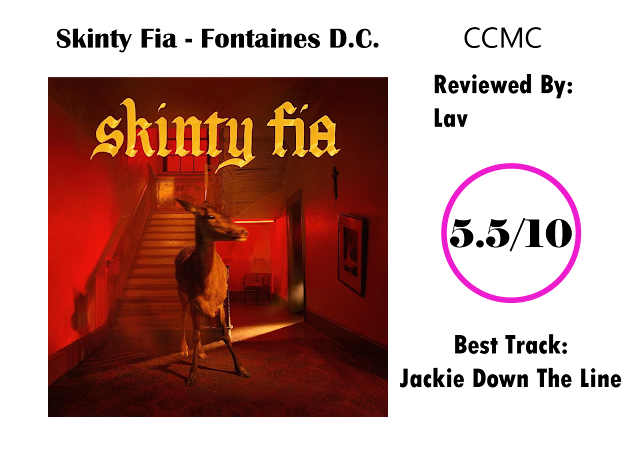 Guerilla Toss are a New York indie rock band who have been creating exciting fusions of different rock styles for a few years now. They grabbed my and many other attention with their 2017 album GT Ultra but I actually got back into the swing of things with the band on the back of some good singles I heard leading up to this record. That trio of singles also serve as the first three songs here and it’s a pretty blood pumping foundation for the record to begin with. As far as the album from that point on goes, at the very least I have to give it credit for trying all kinds of new things. The record is explosive, directional and incredibly fun even if that does occasionally dip into some territory that is abrasive in the wrong ways. If you’re not that familiar with out there vocal performances this record is definitely going to test you. There are also a lot of very squeaky synths to be found the whole thing is certainly uncompromising. But before I make this sound like some kind of patience testing experiment there are plenty of great hooks on the album and the crashing cymbals and vocal effects make it a fun listen throughout. So while yes the record is a tad inconsistent and when it misses it can often be pretty difficult to get through there is always something new and loud and attention grabbing right around the corner. I think that format fits well and prevents these 34 minutes from ever really being a chore. 6.5/10 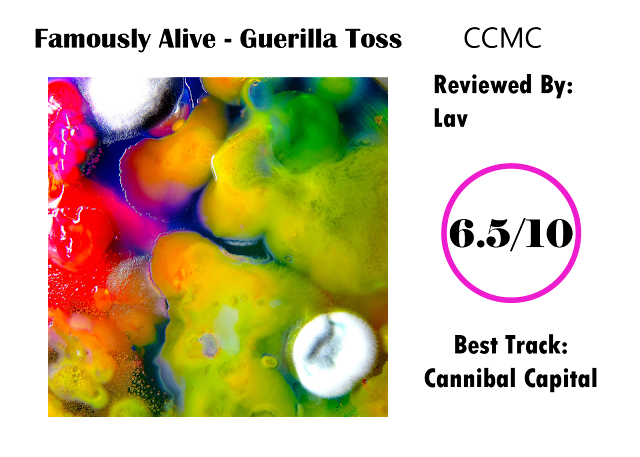 Envy Of None: Alex Lifeson in tribute to his dear friend Neil Peart!