An Aussie expat has returned to Sydney a millionaire after selling his cryptocurrency start-up for an eye-watering $267million, and now plans to take a break from business and play video games.

Michael Dunworth, 36, co-founded his tech company Wyre with his roommate and software engineer (Yanni) Giannaros back in 2013.

Now almost a decade later, the duo have sold their start-up to Bolt, a leading checkout and shopper network in the US, for US$1.5billion (AU$2.2billion).

Mr Dunworth – who had a 12.5 per cent holding in the company – has returned to Sydney for some much-needed respite as he levels with his Rich Lister status.

The 36-year-old told the Financial Review it was an ‘astronomical amount of money’. 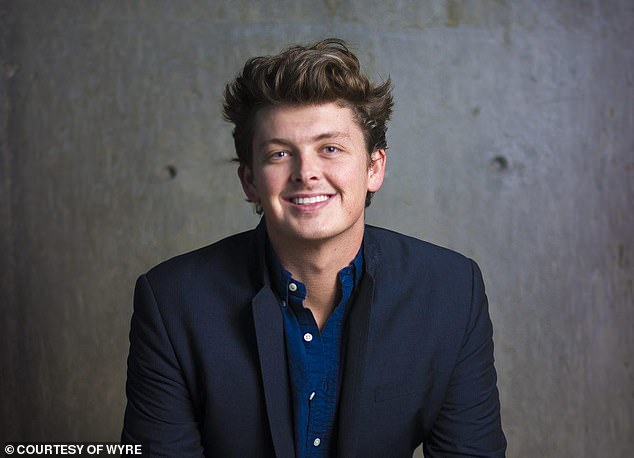 ‘But we were growing so fast and getting so big that we were arriving at the stage where we were starting to price ourselves out of opportunities,’ he said of the sale.

Businesses can use the program for safe and regulated crypto-to-fiat payments, meaning they can pay merchants with the digital currency using Wyre.

The San-Francisco based company has licences across 27 American states and operates in fast-growing markets in China and Brazil.

The pair trialled a business that saw employees dress up as superheroes to deliver customers their dry-cleaning from laundromats around San Francisco.

The entrepreneur quickly realised that he had never been motivated to start a laundry company despite their growing customer base.

He set his sights on tapping into the online shopping market with a one-stop checkout product that could combine purchases from multiple websites. 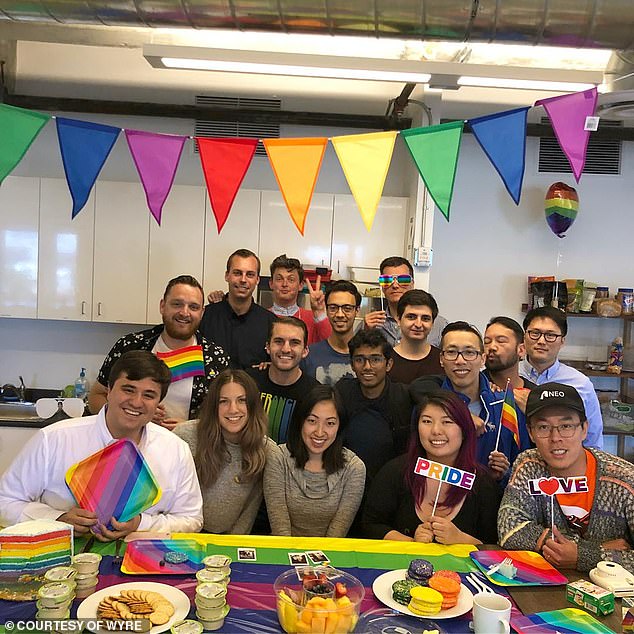 The San-Francisco based company now has licences across 27 American states and operates in fast-growing markets in China and Brazil (pictured, Mr Dunworth and his Wyre team)

Customers shopping from retailers like Zara, Kmart and Amazon could create baskets on each of the sites and then use ‘Snapcard’ to pay for it all in one go.

The pair made their cut by taking two per cent of the overall value of the basket with the unique software and also quickly growing a loyal customer base.

As whispers of the legitimacy of cryptocurrency began travelling across America, they realised Snapcard could also offer digital payments.

Snapcard received bitcoin payments through a Coinbase account, which would then convert the sum into US dollars to pay the merchants.

After enduring the ‘awful’ process of raising money for the software, the business partners were trusted with a total of US$1.5million.

The funds allowed them to rent an office, in which the pair dumped mattresses and set up camp for what would be the next three years.

Snapcard eventually rebranded to Wyre, with the pair’s humble start-up now comparable to leading cryptocurrency companies like Metamask and Rarible.

Wyre made $US90million in revenue in 2021, catching the attention of Bolt.

Mr Dunworth has since handed his role as CEO to his partner in the US and told the Financial Review he was in the process of deciding what’s next.

‘It all comes down to Yanni and whether he needs me there. If he does, I’m in. If he’s good to go, I’m going to take a break and play my old video games and try to remember who I actually am.’

A cryptocurrency is a digital currency that can be used for transactions online.

It is the internet’s version of money – unique pieces of digital property that can be transferred from one person to another.

All crytocurrencies use ‘blockchain’ and one can only be made and shared using specific agreed-upon rules. For each cryptocurrency the rules are slightly different.

Bitcoins are lines of computer code that are digitally signed each time they travel from one owner to the next. Physical coin used as an illustration

People can buy bitcoins through exchanges such as Coinbase and Bitfinex.

Bitcoin was the first cryptocurrency, created in 2009.

Other currencies such as Litecoin and Dogecoin do the same thing but have slightly different levels of inflation and rules surrounding transactions.

Currently around 270,000 transactions are taking place every 24 hours.

These currencies don’t exist as physical or digital objects. They are just a collective agreement with other people on the network that your currency was legitimately ‘mined’.

Blockchain is the record of changes in ownership of in a currency which is broadcast through the network and maintained by computers around the world.

The network works by harnessing individuals’ greed for the collective good.

A network of tech-savvy users called miners keep the system honest by pouring their computing power into a blockchain, a global running tally of every bitcoin transaction.

As long as miners keep the blockchain secure, counterfeiting shouldn’t be an issue.

However, because cryptocurrencies allow people to trade money without a third party getting involved, they have become popular with libertarians as well as technophiles, speculators — and criminals.