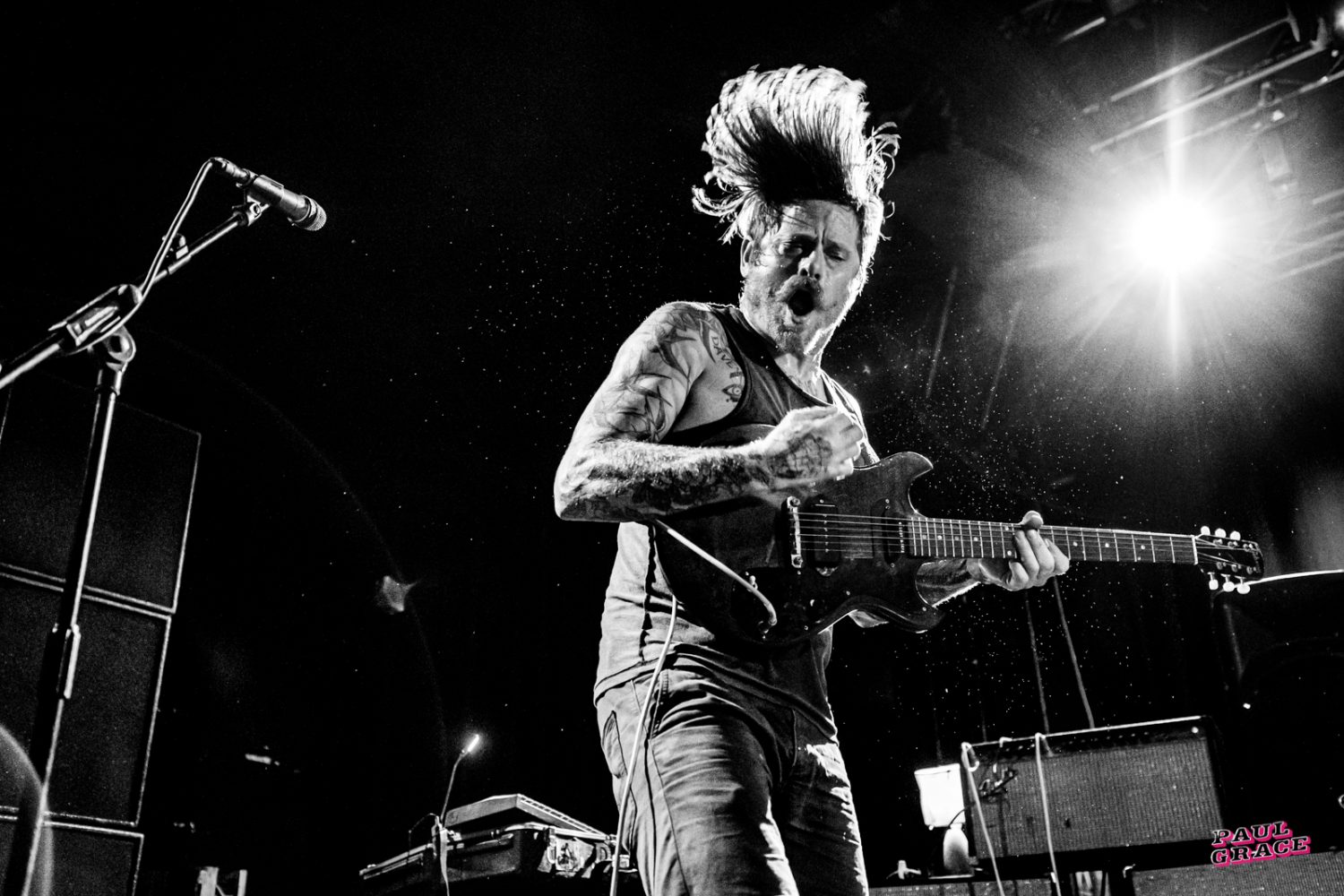 This is the second time I have seen Osees, first time was Bearded Theory festival, now it’s Brixton Electric. One thing for sure, I’m pretty sure frontman John Dwyer is wearing the exact same outfit as before.

Easily one of the most ferocious live bands on the planet, California’s Osees return with a streamlined name and an aggression like no other. Following their recent record announcement (‘A Foul Form’ is arriving August 12th via the band’s own Castle Face Records, marking their first LP since 2020), the guys play to a packed venue delivering frenzied garage punk to their fans. There’s something aggressively sexy about this band; their hot, sweaty, fast-tempo tracks strike me as something that could easily soundtrack the sleaziest psych-rock strip club you’ve ever been in, and the choice of having two drummers is possibly my favourite aspect of them. The twin illusion the double-drummer set up creates combined with the intense sound is a powerful driving force and is part of their undeniable charm. The visual element of it and the sound benefits are explosive. 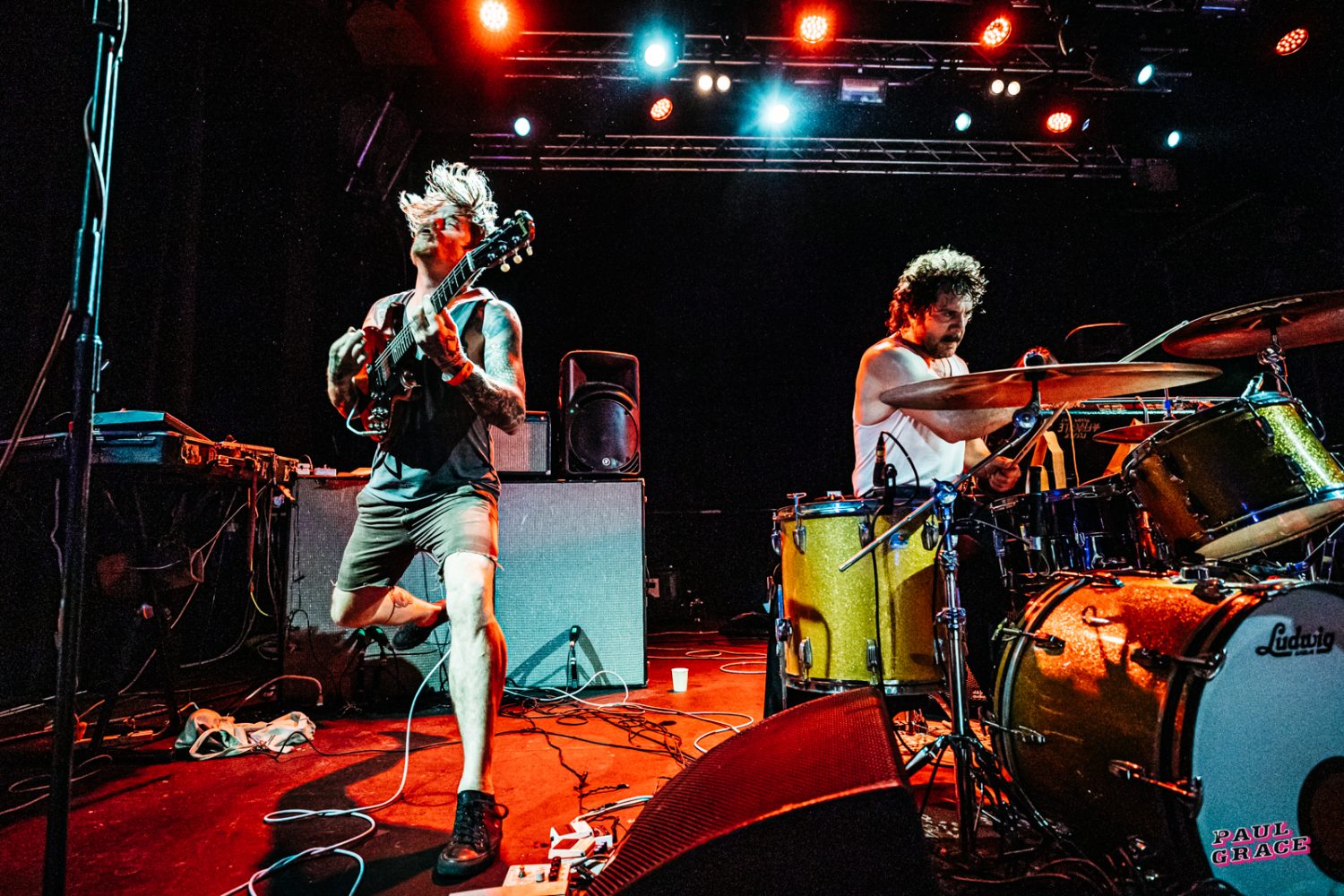 With Dwyer acting as a figurehead for the rising garage rock scene of the late 2000s, it’s no wonder that he knows how to put on a show. With apocalyptic temper driving his performance, the stage is being covered in his spit every 2 seconds. There is a combination of older Thee Oh Sees tracks, with newer Osees material thrown in (including latest release Funeral Solution) which creates a great balance between their Carrion Crawler sound and the more refined releases. There are genre blends of punk, psych, and garage with a propulsive energy and chaotic pace from start to finish. With the discography behind this band being so immense, they do everything in their power to squeeze as much of it in as possible. 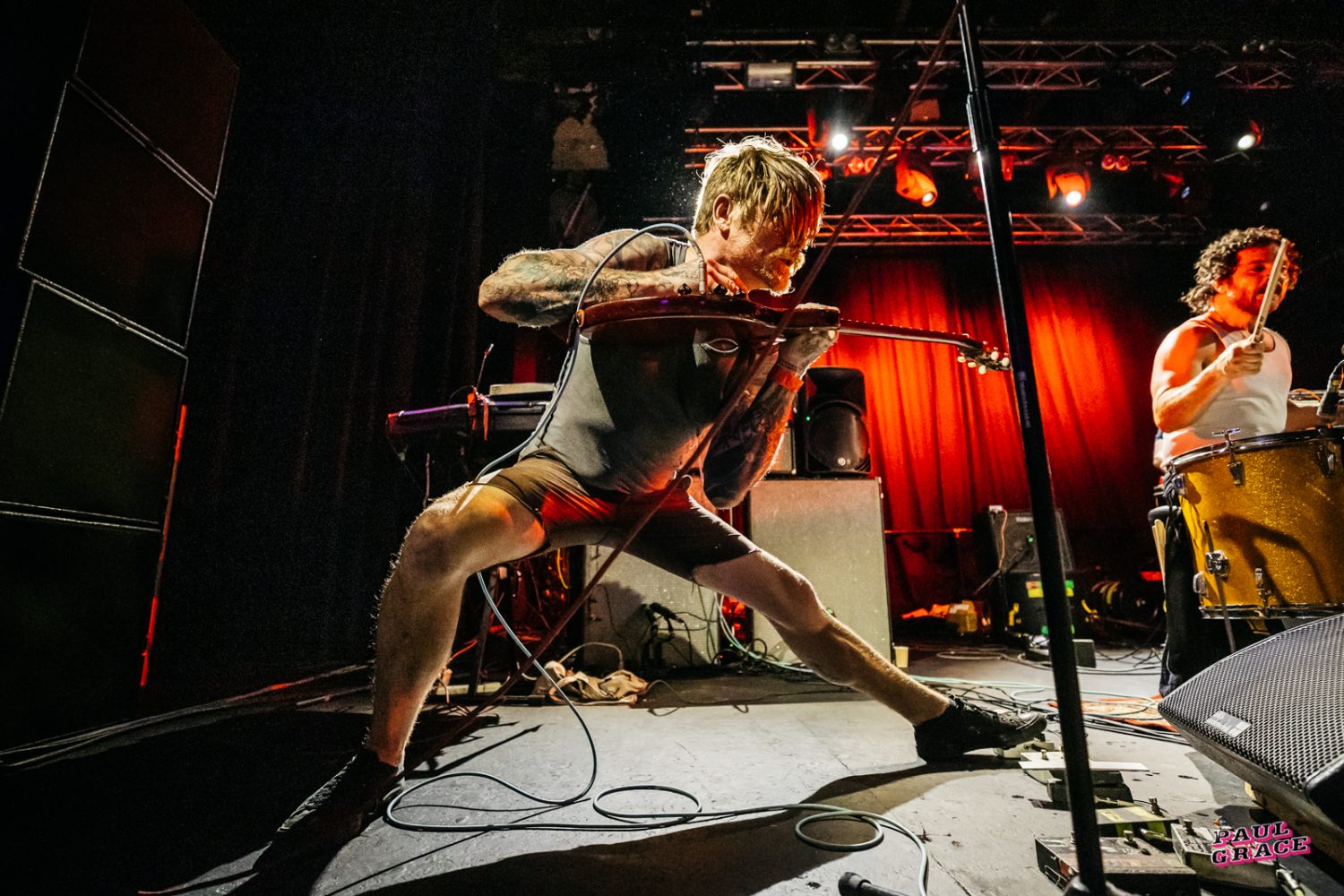 It’s no secret that Osees are an incredible band. They are also a band I really, really want to have a beer with (Osees, if you are reading this, next time you’re in the UK can we grab a beer?!).Keeping up with their name changes may not be easy but is easier than keeping up with the pace of their live shows. Osees may not be the classiest band you’ll ever see, but they will be the fastest.

All words by Jasmine Hodge. More writing by Jasmine can be found in her author’s archive.

All photos © Paul Grace. For more of Paul’s writing and photos go to his archive. Paul is on Facebook, Twitter, Instagram and his websites are www.paulgrace-eventphotos.co.uk & www.pgrace.co.uk.