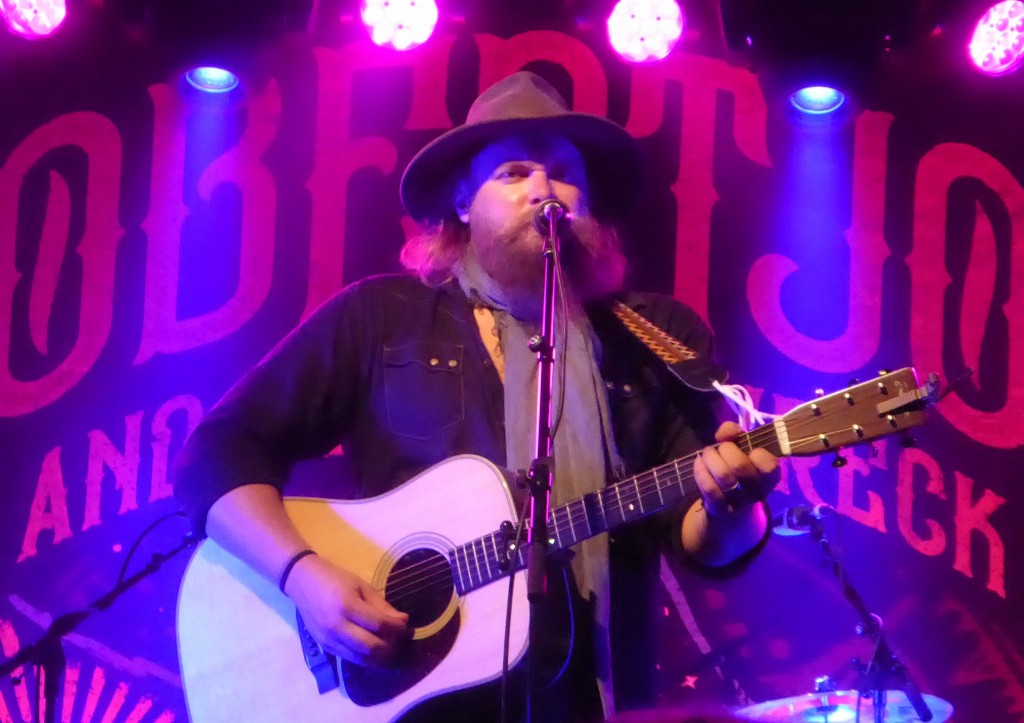 One of my most special London gigs of last year was Robert Jon & The Wreck’s show at the 100 Club, for a number of reasons- they were one of the very first American acts to make it over after the pandemic, the atmosphere crackled, but above all I was blown away by quite how good they were as a live act.

As with most things in life, that first experience can never be bettered, but as they embarked on a second extensive tour in quick succession it made their swift return to London, this time in a larger venue, a must see. 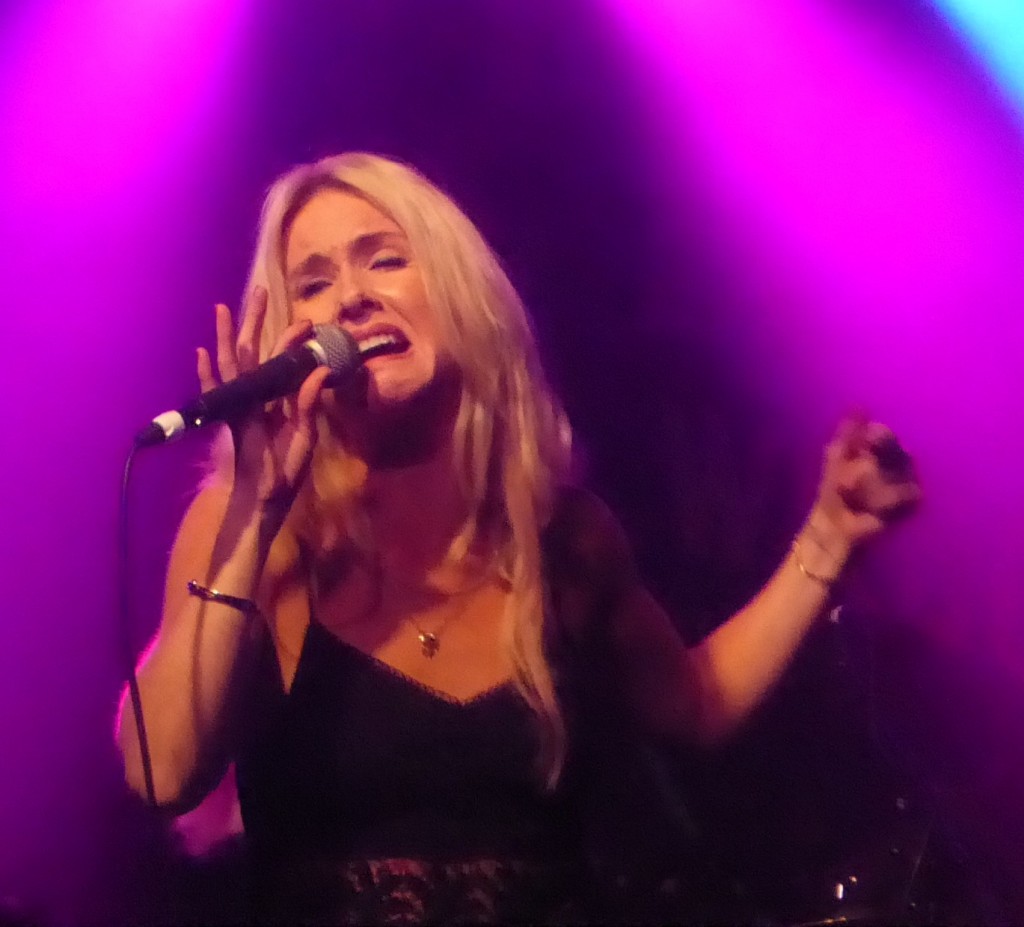 The appetite of a healthy crowd was whetted by a short support set from Laura Evans, the personable blonde Welsh singer backed up by guitarist Joe Coombs. Her repertoire straddles country,  blues and rock, but in tonight’s acoustic format it was perhaps inevitable that for a while the former genre was the dominant strand, notably on a cover of Chris Stapleton’s Arkansas and ‘Fool’.

However the strength of her songwriting shone through on the likes of ‘Gone’ and the title track of current album ‘State of Mind’  while closer ‘I’m Alright’ had a strong whiff of ‘Black Velvet’ about it. 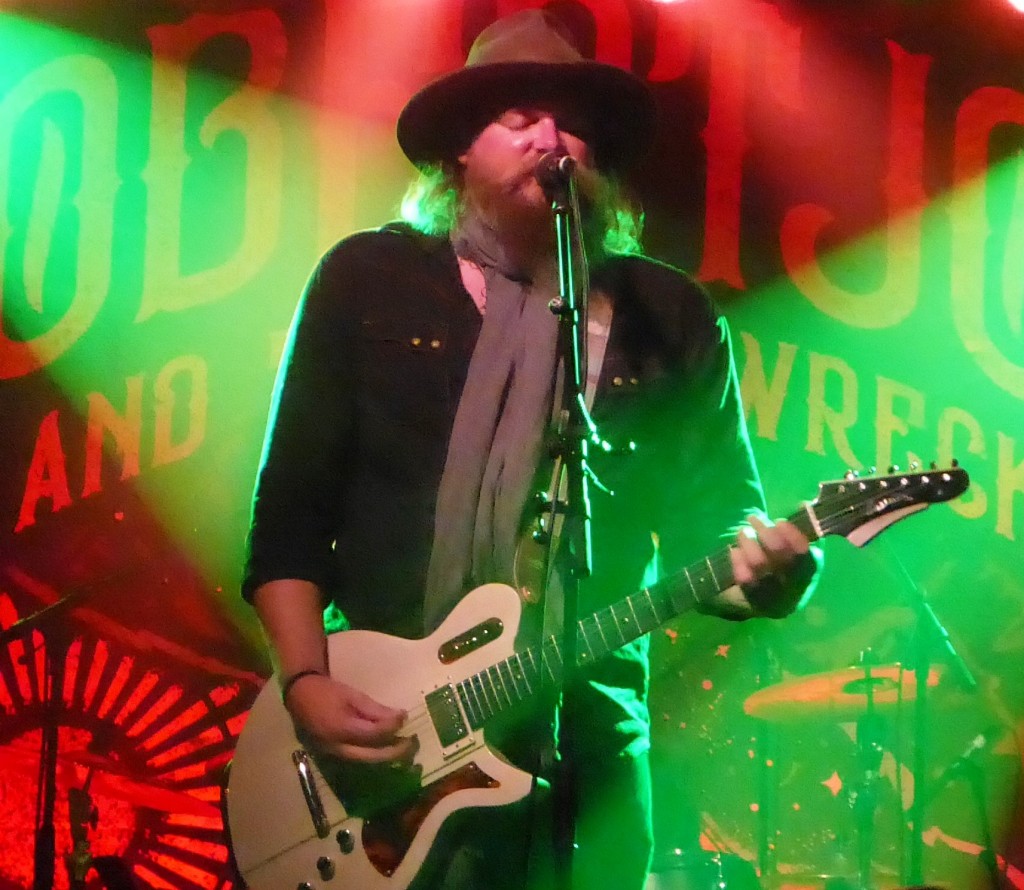 Robert Jon & the Wreck opened in slightly unexpected style with the powerful and rootsy ‘She’s a Fighter’ which was unfamiliar to me. However an established favourite soon followed in ‘Do You Remember’ with a repeated harmony lead guitar line worthy of the Allmans or more particularly The Outlaws, with the eponymous Robert Jon Burrison’s warm gravelly drawl reminding me of the latter’s Henry Paul.

At the 100 Club I had been bowled over by the talents of lead guitarist Henry James (or Henry James Schneekluth to give him his full name)and this impression was reinforced.  On his Gibson Explorer his solos had the same fire that Allen Collins brought to the original Lynyrd Skynyrd, allied to the slide prowess of Duane Allman. With such jaw-dropping talent it would be easy to be arrogant but he was an endearing character with a cool seventies- inspired Afro and a youthful, modest smile. 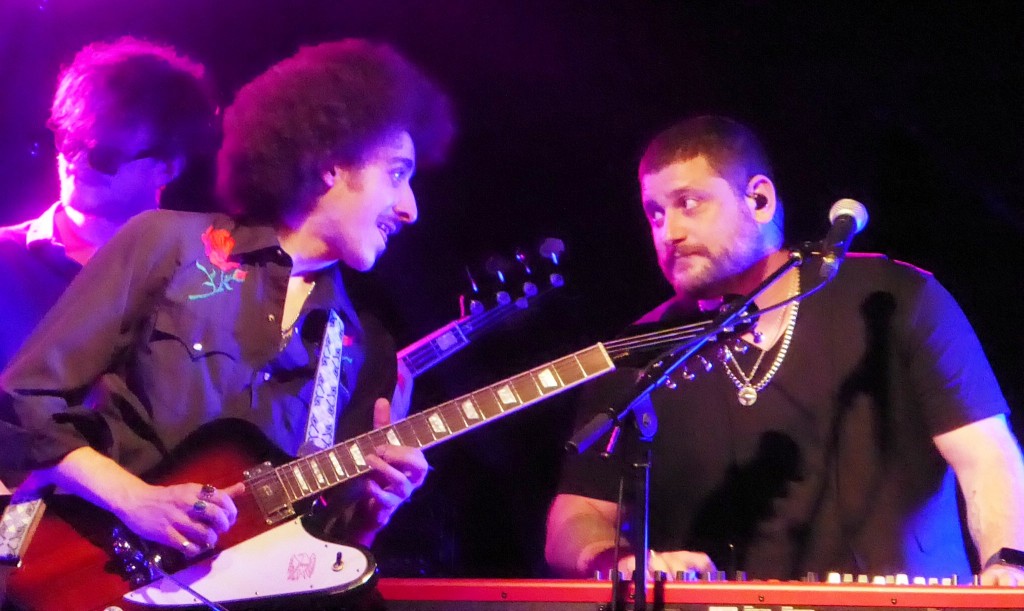 The band draw on a variety of sounds with soul, gospel and funk influences making the likes of the swampy ‘Hey Hey Mama’ and ‘Everyday’ quite danceable, but even then they would break into long instrumental jams, prominently featuring both Henry and the electric piano wizardry of Steve Maggiora, who had joined the tour late from serving with Toto in the USA.

A big cheer greeted the country rock style verses to ‘Oh Miss Carolina’, which resulted in a lusty chorus sing-along, so Robert knew he was on to a winner in saying ‘hope you know the next one’ when introducing another singalong classic in ‘Tired of Drinking Alone’, where it was actually quite emotional to join in with so many others to the uplifting ‘maybe bring over some Bourbon, we can get wild on tequila’ chorus, with Henry’s slide guitar work the icing on the cake. 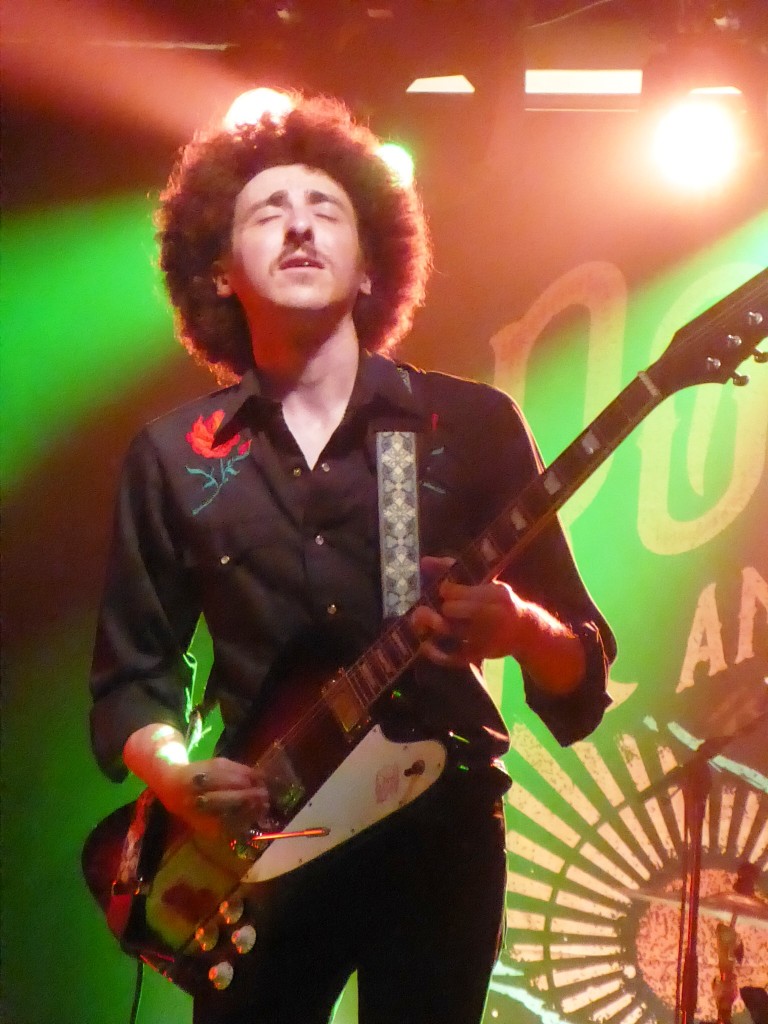 There is a warmth about the band, epitomised in the regular excitable between song intros from drummer Andre Espantman, while Robert saved his voice for singing. This means that those long instrumental jams so beloved of southern bands which can fail to hold the attention of the more casual fan are much more palatable when delivered with an enthusiasm that some musical counterparts, notably the rather more stand-offish Blackberry Smoke, cannot manage.

‘The Death of Me’ opened as a mournful country song and turned into an epic jam before introducing the more straight ahead rock of  ‘Waiting For the Man’, plugging a newly available album ‘Wreckage Volume 2’ with live tracks and two new songs including the night’s opener, resulting in me sending my partner on an errand to buy from the merch stand so I didn’t miss out. 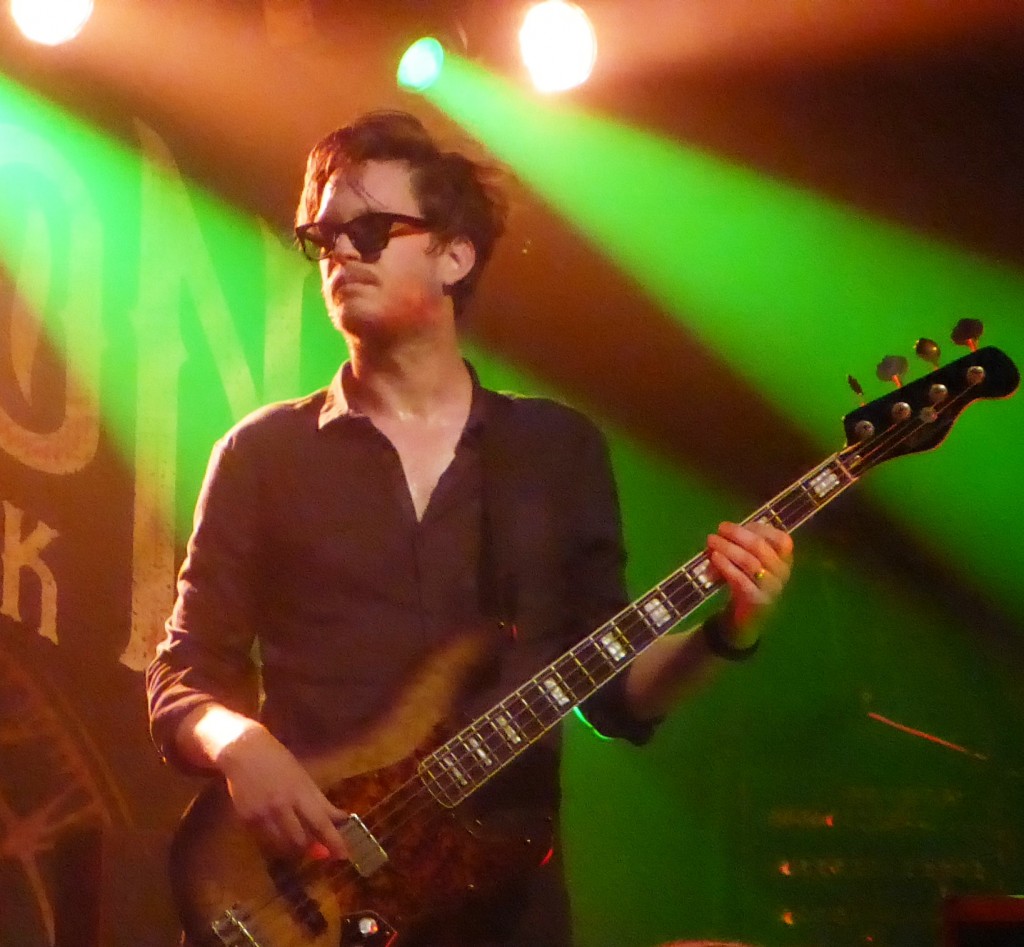 ‘On the Run’ was rapid fire and a vehicle for the instrumental talents of Henry and Steve’s very Billy Powell-esque piano playing, while ‘Rollin’ was another crowd pleaser with more jamming and plenty of participation, though as Robert introduced the band- including cool bassist Warren Murrel who bore the air of a young Jack Nicholson- surely the gig wasn’t over already at around an hour and a quarter?

There was a solitary encore but a 13 minute ‘Cold Night’ defined the term southern epic,  starting with some dual lead guitars (an approach used sparingly throughout the evening) and continuing with plenty of jamming between Henry and Steve. As the pace picked up and a fierce drum break from Andrew led into ever more furious soloing from Henry the natural comparison, and not one that must ever be made lightly, was with ‘Freebird’. 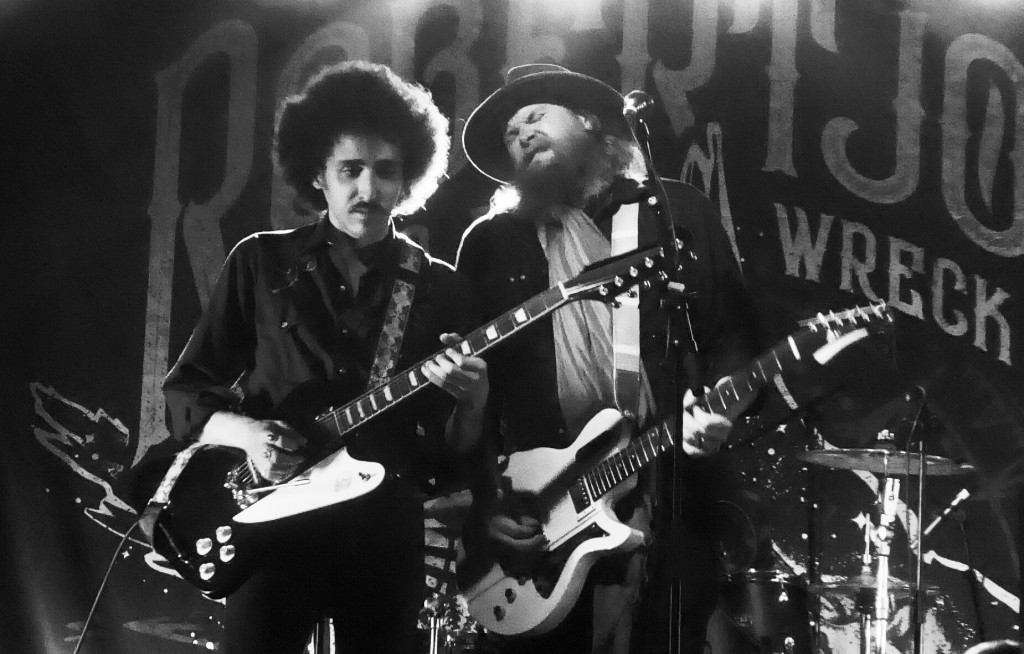 They may come from California but after my second sighting of them I’d have no hesitation in claiming Robert Jon and the Wreck as the best of the many southern rock bands doing the rounds. If somehow you’ve missed them so far the good news is that a return in early 2023 is planned.

Review and Photos by Andy Nathan

David Randall presents a weekly show on Get Ready to ROCK! Radio, Sundays at 22:00 GMT, repeated on Mondays and Fridays), when he invites listeners to ‘Assume The Position’. This show was first broadcast on 8 May 2022.

How to Listen Live?

More information and links at our radio website where you can listen again to shows via the presenter pages: getreadytorockradio.com

Tweets by Get Ready to ROCK!