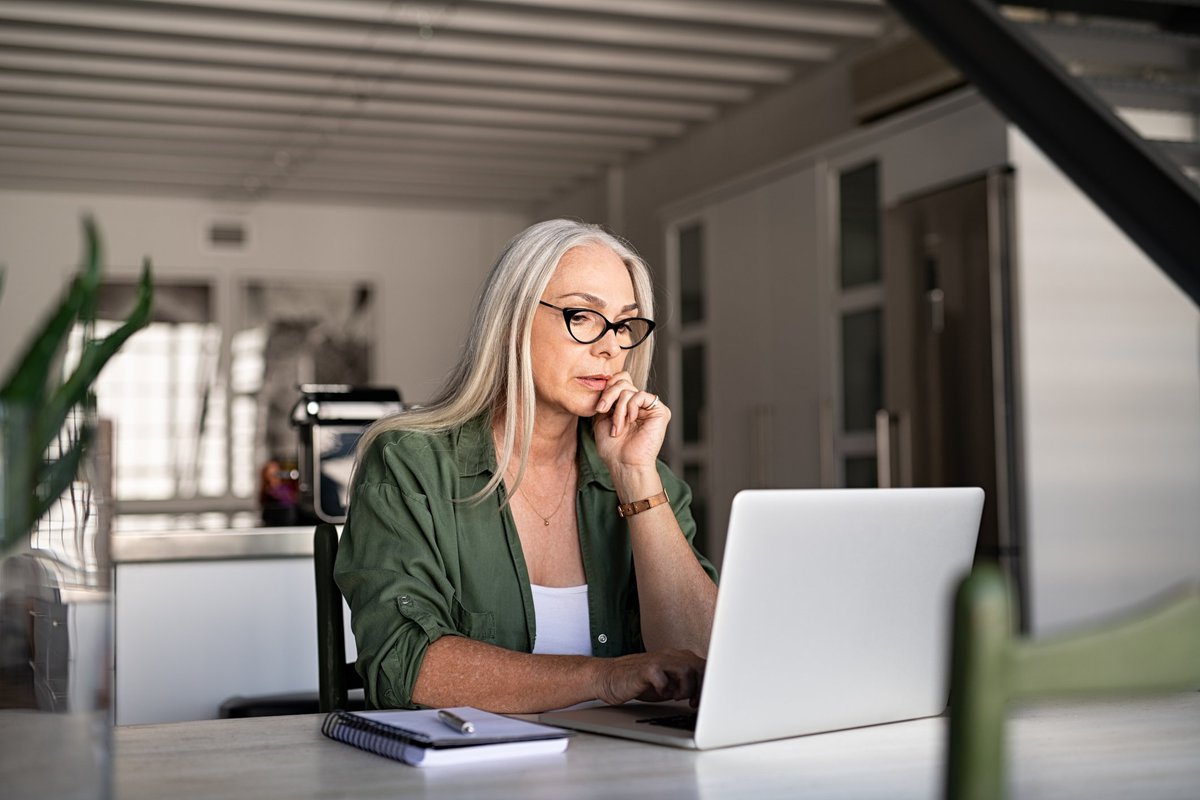 Nicholas Weaver calls crypto a virus in an interview with Current Affairs and says Bitcoin should burn.

A recent Current Affairs interview with Nicholas Weaver, senior staff researcher at the International Computer Science Institute and lecturer in the computer science department at UC Berkeley, is a visceral take down of Bitcoin (BTC) and the cryptocurrency industry.

The interview is a great read and highlights a number of reasons for investor caution. But how many of his arguments really hold water? We broke down a couple of his main points and examined them in more detail.

Weaver says Bitcoin will never work for payments and accuses companies that say they accept Bitcoin payments of lying. He argues, “Bitcoin burns that much of the world’s electricity to be able to process somewhere between three to seven transactions per second across the entire world.”

There are a few reasons Weaver thinks Bitcoin doesn’t serve its purpose as a form of payment.

Is it slow? Bitcoin is slow. But other cryptocurrencies are not. For example, Solana (SOL) can process over 700,000 TPS. It’s also a relatively new technology, and is still in development. We already have the Lightning network that’s designed to sit on top of the Bitcoin system and speed up transactions.

Our top crypto play isn’t a token – Here’s why

We’ve found one company that’s positioned itself perfectly as a long-term picks-and-shovels solution for the broader crypto market — Bitcoin, Dogecoin, and all the others. In fact, you’ve probably used this company’s technology in the past few days, even if you’ve never had an account or even heard of the company before. That’s how prevalent it’s become.

Sign up today for Stock Advisor and get access to our exclusive report where you can get the full scoop on this company and its upside as a long-term investment. Learn more and get started today with a special new member discount.

Plus, we may see different networks used for different transactions. For example, you might use a payment app on your phone to pay for a coffee, but you probably wouldn’t use it to make a down payment for a house. Crypto fans such as Mark Cuban have argued Bitcoin could eventually act as a type of secure digital vault, while other digital currencies — or traditional money — get used as an everyday form of payment.

Are merchants lying? Volatility is an issue for Bitcoin and other cryptos. One way merchants handle that issue at the moment is to convert crypto into dollars or another currency, but since they are still accepting crypto payments, it’s not a lie. Some businesses keep the crypto they’re paid in too.

Part of the issue is that while adoption has grown significantly, Bitcoin hasn’t reached a tipping point. If businesses could use cryptocurrency to pay salaries, rent, and mortgages, they might not need to convert their Bitcoin into dollars. And as Bitcoin matures, it might lose some of its volatility. Those are big “ifs,” but it’s not always fair to judge an emerging technology through the lens of the way things work today.

Is irreversibility a problem? Crypto’s irreversibility is a double-edged sword. On the one hand, businesses accepting Bitcoin wouldn’t need to worry about credit card chargebacks — reversing the payment because there’s a dispute. Chargebacks can prove expensive and time consuming for merchants. On the other hand, it means there’s less consumer protection. However, that’s a solvable problem — for example, we could use insurance or other measures to protect spenders.

Bitcoin isn’t only a form of payment

What Weaver didn’t say is that there are some powerful ways cryptocurrency and Bitcoin could impact the way we use money. For example, it can drastically reduce the costs and time involved in international transfers. The World Bank estimates that people pay over 6% on average in remittance fees. Additional research shows the remittance market was valued at over $700 billion in 2020. Cryptocurrency could dramatically reduce these costs.

Weaver argues crypto’s only use is for criminal activity

“And so what is it good for? Well, there are classes of payments that the intermediaries don’t allow. The big ones are drug dealing, child sexual abuse material, and ransoms. As a consequence, the cryptocurrency actually used for payments is really only used seriously for: ransomware payments, where companies have to pay $10 million. Drug deals — drug dealers hate it, but it’s the only game in town. And we’ve had cases of websites selling child exploitation material paid with Bitcoin.”

Cryptocurrency is used by criminals. The lack of regulation in the cryptocurrency industry means it attracts various bad actors. But it’s also not accurate to write off the whole crypto industry as only being useful for dodgy dealings. For starters, crypto exchanges are getting stricter about know-your-customer rules that prevent money laundering and other illicit activities.

Investing in crypto can be extremely risky. We think investors should approach these assets like any other technological investment — with a long-term mindset and the expectation of ups and downs. The Fool realizes there may be opportunities for investors. We do actively recommend select cryptocurrencies to our community. But we encourage everyone to be well versed prior to investing to understand the potential risks and rewards.

Moreover, a lot of blockchain activity is pseudonymous and can be tracked. For example, last year law enforcement seized much of the ransom paid in the Colonial Pipeline attack. This demonstrated that criminal activity can be traced on the blockchain just as other financial activity can.

“The biggest [excuse crypto enthusiasts make for Bitcoin] is ‘this incentivizes green power.’ Which it does in the same way that a whole bunch of random shootings would incentivize bulletproof vests.”

It’s difficult for crypto die-hards to justify the energy involved in proof-of-work mining. According to an analysis by Digiconomist, each year Bitcoin, Ethereum, and Dogecoin consume as much energy as The Netherlands, Peru, and Martinique respectively. Not only does that mean crypto consumes more energy than three whole countries, there are also stories of reopening defunct coal plants in order to power Bitcoin mining.

Some crypto enthusiasts claim that Bitcoin is increasingly powered by renewables, but there’s only a finite amount of renewable energy out there. If Bitcoin uses renewables, other industries are being forced to use more non-renewable energy. This brings us to the question of how crypto mining could help develop the renewable industry.

One vocal proponent of the argument that Bitcoin incentivizes green power is Ark Invest. A recent report from the innovation-focused investment fund labeled concerns about Bitcoin’s sustainability “ill-informed.” It says mining could increase the overall addressable market for renewable energy, noting that, “According to ARK’s research, intermittent energy sources like wind and solar could meet a larger percentage of grid demand if Bitcoin mining impacts the utility grid.”

“It’s a self-created pyramid scheme, you have to keep getting new suckers in. As soon as the number of suckers dries up, it collapses. And because it’s not zero-sum, but deeply negative-sum, there are actually a lot of mechanisms that can cause it to collapse suddenly to zero.”

It’s true that cryptocurrencies could fall to zero. This is a new and developing market and a lot could go wrong. Not only could the whole industry collapse, individual currencies could encounter severe security issues, management problems, or turn out to be scams.

A Ponzi scheme is a fake business that uses rewards from new investors to pay returns to existing ones. It continues for as long as it can attract new investors. The argument that Bitcoin is a huge Ponzi scheme only holds water if you agree that it has no inherent value. While there are plenty of people including financial gurus like Warren Buffett who are ready to argue exactly that, it’s not that simple.

Let’s talk about the value of Bitcoin and blockchain technology. Decentralization can take middlemen — whether they be corporate giants, governments, or central banks — out of transactions. That’s a powerful concept, and it could change the way we bank, the way we interact, the way we use the internet. For example, Web 3 could give us the next generation of the internet. It isn’t only about money, it’s about online identities and who gets to control them.

There are many things that could stop blockchain from achieving its potential. Nevertheless, the argument that it is all a big Ponzi scheme is severely flawed. I’m not saying there are no scams or Ponzi schemes in crypto, there are all too many of them. It’s just that the existence of some bad players doesn’t make the whole industry into a scam.

Should crypto die in a fire?

In 10 years’ time, will we look back on the past two years of crypto enthusiasm as pandemic-driven craziness? Is it a game for criminals and suckers as Weaver suggests? In truth, none of us know for sure. It does damage the environment at a time when we need to be cutting our carbon emissions, but it might be able to stimulate the growth of renewables.

It’s also true that Bitcoin and crypto may not survive in its current form. Weaver highlights a number of dodgy players and wild west activities that are worrying. Plus, we don’t know what impact crypto regulation will have, and what measures governments might take to stop these pseudonymous digital currencies from undermining traditional money systems. But this $1.3 trillion industry is still more than a Ponzi scheme; there are a number of legitimate projects that want to use this emerging tech to build change.

The big question is what role you think blockchain technology and Bitcoin could play in our futures. It isn’t easy for crypto investors to walk a path between the extreme views — people like Weaver claim there’s nothing good about blockchain while Ark Invest says this tech could impact every sector and replace centralized institutions. Ultimately, it’s worth researching and reading as much as you can so you understand both camps. Few things are black and white and there’s truth in both points of view.

Importantly, even if you passionately believe crypto is going to be the money of the future, don’t bet the house on it. If you only invest money you can afford to lose, you’ll profit from any astronomical gains but you won’t be devastated if it all falls to nothing. People like Weaver say the industry might “implode spectacularly” and it might. Still, perhaps I’m a sucker as Weaver suggests, but I think there’s a chance it could explode spectacularly too and that’s why I invest.

Our updated list of the best cryptocurrency apps for 2022 is packed with best-in-class picks. The cryptocurrency apps that landed on our shortlist include perks such as $0 commissions, and one pick that is offering a $50 bitcoin bonus. Check out the list here and get started on your crypto journey, today.

Get the top picks

July 2, 2022 1
Qatar banks could be ‘trail-blazers’ for world-leading payments system