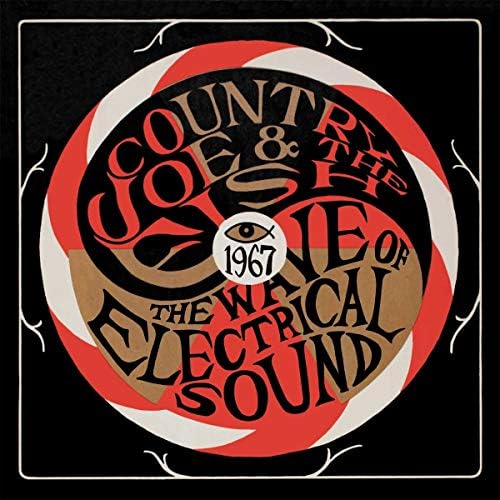 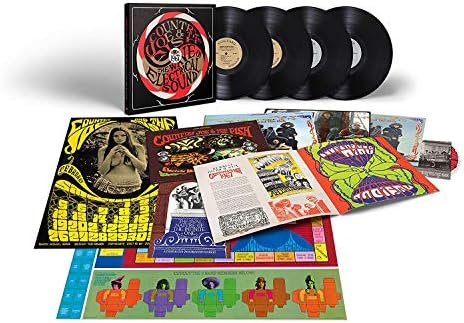 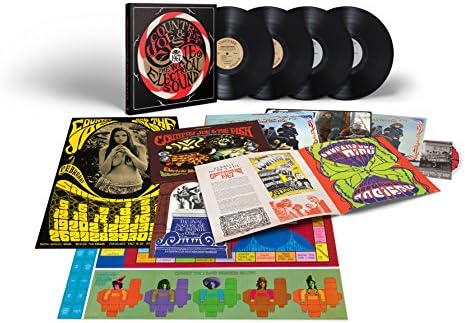 1967 marked an era of creative expression, political rebellion and experimentation, climaxing in The Summer of Love; and no other location on Earth was quite as synonymous with this period as San Francisco – the center of the counterculture movement. Perhaps one of the best musical representations of this time, place and environment came from a rock band across the Bay, who married progressive protest with groundbreaking, experimental music: Country Joe amp; the Fish. In that one year, the Berkeley musicians rose to prominence, releasing two albums which would go on to influence some of the biggest psychedelic acts of the decade: their debut LP, Electric Music for the Mind and Body, and I-Feel-Like-I’m-Fixin’-To-Die. The Wave of Electrical Sound celebrates the band’s prolific year, with an audio/visual cornucopia of music, film and ephemera. Limited to 2,000 copies worldwide, the deluxe 4-LP box set, offers both mono and stereo versions of Electric Music for the Mind and Body and I-Feel-Like-I’m-Fixin’-To-Die. All four remastered LPs will be pressed on audiophile quality, 180-gram vinyl, and housed in old-school-style, tip-on jackets – the mono Electric Music for the Mind and Body LP will feature rare, alternate cover artwork, while the other titles will be in replicas of their original packaging. The Wave of Electrical Sound also contains a bounty of band ephemera from 1967, including replicas of The Fish Game, a Fish Fan Club book and a Fish calendar designed by Tom Weller. Also included is a DVD of How We Stopped the War, a 30-minute documentary, filming the band on their way to an anti-Vietnam War rally, directed by David Peoples (writer of Blade Runner, Twelve Monkeys, Unforgiven), as well as a 24-page book, which features rare photos, artwork and new liner notes from writer, producer and musician Alec Palao.
Is Discontinued By Manufacturer ‏ : ‎ No
Dimensiones del producto ‏ : ‎ 31 x 0.5 x 31 cm; 2.02 kg
Fabricante ‏ : ‎ Craft Recordings
Referencia del fabricante ‏ : ‎ WA-35401261
Fecha de lanzamiento original ‏ : ‎ 2018
Etiqueta ‏ : ‎ Craft Recordings
ASIN ‏ : ‎ B0769Z8QFJ
Número de discos ‏ : ‎ 5