Trish Discord is an Indie/Alternative artist from Queens, New York. Her style has been compared to Evanescence and The Cranberries. Her main musical influences are Linkin Park, Mitski, Paramore, Kerli, The Birthday Massacre, and Falling in Reverse. She plays shows monthly on her Instagram channel to connect with her fanbase and has been a guest performer on Indie Star Radio and Pistacio Argentina.

She has two degrees in psychology. It inspired her to incorporate mental health issues into her music. Trish has been singing all of her life and started taking professional guitar lessons in college. Her first album, “Is This My Mental Breakdown?” dedicates each song to a different mental disorder. Her new album, “The Aftermath of 2016” talks about some of the personal and political struggles going on at the time and how she learned to cope with them. Coming out June 17th, 2022 on all streaming platforms!

AIM: Thank you so much for coming on All Indie Magazine. First question, who inspired you to want to pursue your career in music?

@TrishDiscord: Hmm I would say in terms of artist it would definitely be Paramore, Mitski, Falling in Reverse, Linkin Park, and so many more. For inspiration that I could do it myself, I would say some local bands in the scene as well as youtubers like Violet Orlandi have inspired me greatly.

AIM: You recently released a new music video called, “Desire”. Can you talk about this video and tell us the process and who you worked with to make this happen?

@TrishDiscord: (I have 2 new music videos I would rather promote as Desire is older)

AIM: You plan on releasing some music videos with this new album. Can you talk about these videos and tell us the process and who you worked with to make this happen?

@TrishDiscord: Sure! I had worked with Willsin Studios on my previous videos and used them again to create a music video for “I Can’t Wait to Forget You” and “In Another Life”. I plan to release “I Can’t Wait to Forget You” the same day as the album is released and will have “In Another Life” released about a week or so later. I shot these videos partly at the studio in Rockaway and partly at a temporary art exhibit in Time Square, so I can’t wait for everyone to see the cool effects we added. I also invested in a projector and used it in both videos so I am extremely excited for everyone to see the results we came up with! 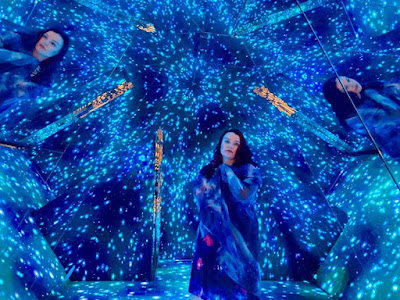 AIM: It appears you started your music career during the pandemic. What exactly was your push that got you to start creating music for others to hear?

@TrishDiscord: I had created these songs before the pandemic and knew that I wanted to release them no matter what, so when the pandemic happened I did my best to continue learning to market myself and adapt to being a musician more online than in person. I think it gave me the time I needed to grow and learn some of the basics of being a musician during that time.

AIM: Would you consider music to be your personal therapist?

@TrishDiscord: 100% I think I was my outlet to realize some of the emotions I myself didn’t always want to face. For example, this album had songs where after writing them I realized I was not coming from the best place and things needed to change in my personal life.

AIM: What are your top 3 music artists that you loved as a child that you never get tired of hearing?

@TrishDiscord: Hmm I would say when I first started learning how to sing I always sang along with Evanescence and enjoyed their tracks. Then later on that became Hayley Williams of Paramore and eventually Mitski. I would say those are the artists from my childhood and young adulthood that always resonated with me.

AIM: Who are your favorite artists of today?

@TrishDiscord: At the moment my music taste is a mix of Indie, 80s, and Alternative Rock/Metal. I love indie artists like Kerli and Mitski but also always have Roxy Music, New Order, and Talking Heads in my playlist. For my heavier music I listen to Linkin Park, Falling in Reverse, Bring me the Horizon, and Nine Inch Nails.

AIM: Does music run in your family and are they supportive of your pursuit in Entertainment?

@TrishDiscord: Yes, most of my family members learned an instrument at some point but most did not keep up with it as well. They were very supportive of my passion and like to hear my music.

AIM: Some people say writing songs is hard. Some people say creating the music to convey what you envision your music to sound like is the hardest part. What do you think has been the toughest part of your career as an artist so far?

@TrishDiscord: I think the hardest part has been trying to find the musical style that fits my voice that I am happy with. I think in this genre I switched between a few genres and I had to adapt to that with each song and make sure it suited me too.

AIM: For a rising music artist, what do you think has been the toughest part about this journey?

@TrishDiscord: I think learning how to market yourself along with being an artist can be the difficult since that is a job in itself. For me, I always try to remain authentic and stick with themes in my life that have really resonated with me to create my music. You have to be able to find people with a similar mindset who like the sound you are creating as well which can be harder than it sounds.

AIM: I know it might be too early to say so this early in your career, but what are you thankful for?

@TrishDiscord: I am thankful for all the connections I have met in this short time as I felt like I had known some of these people for longer. I have gained many new friendships from being part of the music scene and wouldn’t trade that for the world.

AIM: Are you working on new material to release in the near future? If so, what is something you can share with us right now?

@TrishDiscord: After the album I have a single I may release late summer/early fall. Then after that, who knows! I will always be writing but also have to budget my projects as well.

AIM: If you had one or even two million dollars set aside to do whatever you want, what would you invest that money into right now?

@TrishDiscord: I would create an indie label for myself and all the other talented artists I know to be properly represented and get the exposure they deserve! Then I would create a ton of albums and employ producers and mixers I know to work on them!

AIM: If there was a major festival you could headline or even be announced on the roster, which one would you want to be on?

@TrishDiscord: Anything rock related sounds good to me! Maybe the Louder than Life Festival.

AIM: If you could meet any person right now, who would you love to spend the day with?

@TrishDiscord: I would love to spend the day with an indie artist like Mitski or Kerli and ask them if they liked being lesser known and independent or a bigger star more. I would also ask what the inspiration was for their songs and about their songwriting process. 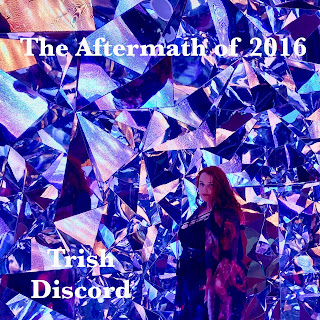 AIM: Thank you so much for coming on All Indie Magazine. We wish you the very best and we hope to see your name everywhere very soon!

@TrishDiscord: Thank you so much!