Available to order from www.bigfinish.com

Story details are revealed for three brand-new full-cast audio adventures for the Ninth Doctor from Big Finish Productions, including the return of the Sontarans.

Christopher Eccleston stars in Doctor Who – The Ninth Adventures: Into the Stars, due for release in August 2022.

Leaving Earth behind for his next box set of audio dramas, the Ninth Doctor meets the Sontarans, but not as we know them – because they’ve evolved. Doctor Who’s most warmongering race have taken up gardening and developed a particular fondness for music!

Christopher Eccleston said: “The Sontarans are my favourite enemies of Doctor Who and I love this story. The idea of the most evil creature in the galaxy having an off-shoot which is the most peaceful, innocent, and loving is immensely moving and funny.”

Alongside the Sontarans, these audio adventures also pit the Ninth Doctor against an ancient trickster by the name of Jack Frost, and a circle of gamblers determined to beat the odds at any cost.

The Ninth Doctor Adventures: Into the Stars is now available to pre-order as a collector’s edition 4-disc CD box set (+ download for just £24.99) or a digital download only (for just £19.99) from www.bigfinish.com.

Distant worlds, alien cultures, vessels of exploration – the Doctor is never more at home than when he’s out among the stars.

But that’s where travellers face the greatest dangers, and where the Doctor’s help is needed most…

The three explosive stories in this box set are:

Last Of The Zetacene by James Kettle

Break The Ice by Tim Foley

Producer David Richardson said: “The wonderful thing about Doctor Who is that there are so many tones and styles you can play with. If the previous Ninth Doctor box set was laced with heady emotions, then this one goes for fun and fear, running the spectrum between broad laugh out loud comedy and dark claustrophobic terror.”

The Ninth Doctor Adventures: Into the Stars is now available to pre-order for just £24.99 (collector’s edition 4-disc CD box set + download) or £19.99 (download only) from the Big Finish website.

Big Finish listeners can save money by pre-ordering all four volumes of The Ninth Doctor Adventures series two together in a bundle at £88 (collector’s edition CD box set + download) or £78 (download only).

Doctor Who — The Ninth Doctor Adventures triple LP vinyls are strictly limited to a pressing of 1,000 per volume, and can be ordered at £35.99 each, or £132 for the bundle of all four albums, again exclusively at www.bigfinish.com.

Please note: the vinyl editions do not include any behind-the-scenes extras. However, listeners purchasing vinyl LP editions will receive a download of the story automatically and be given access to the CD edits as a bonus download. Episodes will be edited specifically for the vinyl format, presented as 2 episodes, one on each side, each with opening and closing music. In addition, all pre-orders of the vinyl will also receive the behind the extras as a bonus download.

Products are sold in £ sterling on Big Finish’s website but will be converted to local currency upon checkout.

All the above prices include the special pre-order discount and are subject to change after general release.

Big Finish is currently operating a digital-first release schedule. The mail-out of collector’s edition CDs may be delayed due to factors beyond our control, but all purchases of this release unlock a digital copy that can be immediately downloaded or played on the Big Finish app from the release date. 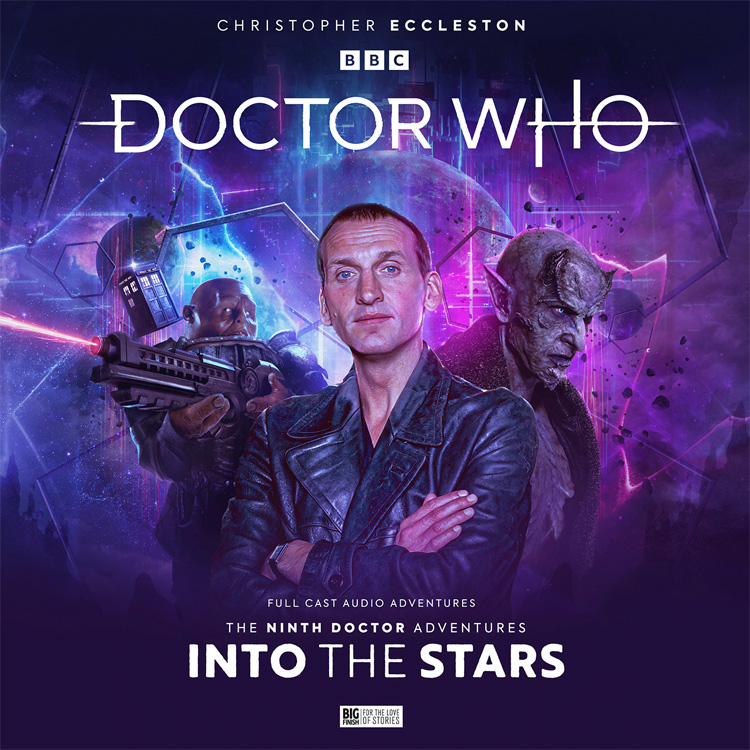