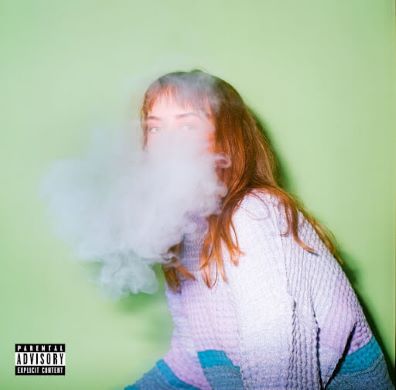 A growing sense of confidence undergirds the songs on Face the Wall, the new album from rising singer/songwriter Jordana. She first debuted with a pair of stellar records that thoroughly explored the worlds of slinking bedroom pop and folk, but Jordana’s talents quickly began to expand past the confines of her bedroom as she began her transformation into a burgeoning indie powerhouse. Last year, she followed those two records with an excellent collaborative EP with TV Girl, Summer’s Over, hinting toward her new horizons. Now she has realized those ambitions with her newly released record (and first proper studio album), Face the Wall.

Immediately, Jordana’s increased budget and newfound collaborators offer a fresh bent to her sound, breaking from the homespun lo-fi elements and intimate soundscapes that defined her first two albums. Although those records often stretched past the boundaries of bedroom pop, Face the Wall bursts these boundaries completely, especially with the opener, “Pressure Point.” Here Jordana imitates the skittering hyperpop rhythms and glitzy electronics of Charli XCX or Caroline Polachek, yet imbues them with her own winsome melodies and warm production. In these settings, Jordana’s alchemical pop talents get the chance to truly shine, elevating the lustrous melodies of tracks like “Catch My Drift” and “Play Fair” into true anthems.

Other moments on the record lean into Jordana’s talent for dreamy vibes and spacious soundscapes, as with “Get Up” or “Go Slow,” the latter of which almost sounds like The Postal Service sans the band’s emo influences. These tracks slide into a very comfortable space for Jordana, occupying a similar sonic palette to her first records with the added indie pop sheen and ear candy production that gives the album such an intoxicating lull.

The Postal Service isn’t the only traces of Jordana’s indie rock lineage running through Face the Wall. There are similar echoes of Death Cab for Cutie, Grizzly Bear, and even The Strokes, the same bands that ignited Jordana’s own love for music in her preteen years running Tumblr fan blogs. In a bit of a full-circle moment, the bands that were themselves the vanguard of an indie rock rebirth in the 2000s are now the childhood classics for one of indie’s rising stars.

But importantly, Jordana doesn’t stay circumscribed to 2000s indie influences. The electronic percussion on “I Mean That” could easily have been pulled from a pop hit from the same era and Jordana also throws a violin solo on top in a tribute to her first ever instrument. Elsewhere, “Like You Used To” crafts expansive dream pop soundscapes, building into a brilliantly kaleidoscopic finish. By moving between the worlds of rock, indie dancefloor fillers, singer/songwriter pop, and lo-fi bedroom confessionals, with Face the Wall Jordana begins to carve a new aesthetic core into indie pop, one that feels distinctly her own.

In no small part, this is also thanks to how much of a personal document the album is. Jordana not only wrote and co-produced the whole record, but she nearly plays every instrument on it. While the album sees her collaborating with other writers and producers more than ever before, she directs these collaborative impulses into a sound that iterates on her debut records, brings a refreshingly polished dynamism, and captures a quickly growing nascent songwriting talent.

Even in the moments when she is documenting her anxieties and struggles (as much of the album does), Jordana seems determined to carve her own path forward no matter what lies ahead. She says as much on one of the record’s highlights, “To the Ground”一“Throw me to the ground/Make me feel alive/Don’t say I’ll get found/I’ll do it myself/Find a light/A way to civilization/The purest form of cultivation/All the way from square one.” That confidence results in Jordana’s most rewarding record yet, one which delivers on her early bedroom pop promise with a refreshing set of tightly crafted indie pop gems. (www.jordananye.bandcamp.com)