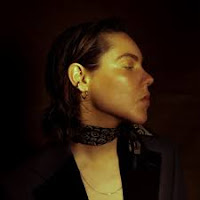 We are nearing the end of the first half of 2022. So many good music has found its way to this blog already and we are in anticipation of everything that will come after the summer holiday. In week 22 again a fair mix of musical styles, including a band that keeps surprising. Take your time to peruse and form your own opinion. We are just here to assist you in forming it.

In December last year I wrote on ‘The Spirit Of Age’, The Visual’s then new album: “I can not exclude that this is an album that, given half the chance, will grow and grow”. Near six months later a new single is released and does it come as a surprise. Anna van Rij and her three band members dive back in time for about five and a half decades. Radio Silence comes close to the 1960s atmosphere Donna Blue revives, plus as if a song like ‘Nah-Neh-Nah’ has come back in fashion. It all results in a beautiful, yet totally anachronistic song. This single is so far removed from 2022 as can be. Unless the goal is to fully escape from everything facing people this year. In that case it works 100%. Let yourself be carried away by Anna van Rij’s voice and all the different sounds surrounding it. Don’t expect beauty only. The intriguing part of Radio Silence lies in the scaling of the edge the vocal melody and some of the lead lines dare doing, without falling over into unharmonious notes. As I wrote, intriguing and surprising, as I did not see this single coming. 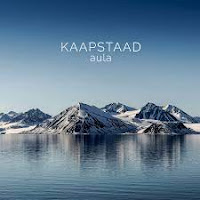 And now for someting completely different. KaapStaad is fully new to this blog, Tim Spelman is not. With his band Tiny Fighter he can be found on this blog a few times. During Covid he used the stand still to work on solo music, now released under the name KaapStaad. The music cannot be further removed from his band it seems. The instrumental track is built around a piano that slowly but surely plays out its melody, expanding the notes each round it seems, just a little bit, in a way that hints at what the vocal melody, that has gone awol, could have sounded like. It is the kind of melody that easily sticks to the head and ears. Around it atmospheric sounds creep and crawl. Hisses emerge, and a looped voice singing “aahh” springs up every few beats. The electronic rhythm, slow but sure is the final element. Faint traces of conversation. I can imagine a whole album to be too much of a good thing but on the basis of Aula I will certainly give it a try. For fans of ambient and soft electronic music. 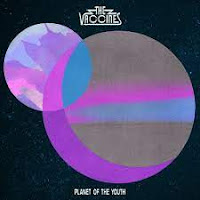 Planet Of The Youth EP. The Vaccines

Well within a year The Vaccines come with a new 6 song EP or mini album. The band shows itself from its most poppy side. Lightness and light comes from all around the listener. ‘Back From Love City’ already had this tremendous pop feel. The pop elements are even more stressed on Planet of The Youth EP. It is a side of the band that suits it quite well. A conclusion that is easy to make, even when I prefer the more rocking side of the band. The world is let loose once again, dancing on the volcano or not, time will tell and The Vaccines provide the perfect soundtrack to dance with abandon on the beaches of Europe. Sunshine, cocktails, boys meet girls (not barring any other combination here) and dancing feet. Planet Of The Youth holds the soundtrack for everybody wanting to party. 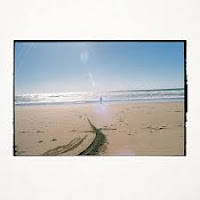 Does It Ever Break Your Heart. Michaela Anne

Time for a dreamy song. Michaela Anne, when all is said and done, would fit in a singer-songwriter and country music description. I can hear Dolly Parton sing Does It Ever Break Your Heart in a 1970s befitting arrangement. This is 2022 however and Michaela Anne has the sounds of the day available to her and uses them in abundance. This makes the song modern. There are atmosphere enhancing synths, backwards guitar solos, ghostlike vocals. The result is a song that resonates with the listener on a few levels. The seriousness of the singing is the first. The mystery is the level behind it. The beauty of the arrangement shimmers through the top level, just like the way the sounds are mixed into the whole. Finally, it leaves so much to discover. Michaela Anne has made more than just a beautiful single. On 10 June her album ‘Oh To Be That Free’ will be released. 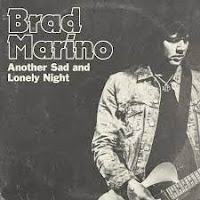 It must be a week ago Brad Marino released his last track, so it’s time for a new one. Only joking, of course, but his pace of recording certainly matches the pace of his rock songs. With Another Sad And Lonely Night he adds another cool rocker to his palmares. Mixing garage rock with early The Beatles the outcome is a fingerlicking good pop rock song. Assisted by Joe Queer and buddy Geoff Palmer he is rocking out alright. Built around a nice rock riff in the short interlude pop and rock meet in a simply perfect way. Brad Marino knows exactly how to make a song like this work and does his trick once again. I think over the past few years I have exactly heard one song by him that I thought did not cut it. All the others are so fine and Another Sad And Lonely Night is no exception. In not more than 2 minutes and a few seconds, all’s been said, done and played. 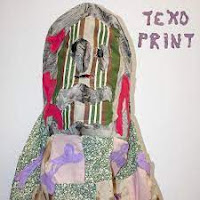 More noiserock from Rotterdam. My former hometown is doing quite well recently. An, unfortunately lost, European final and more and more alternative rockbands that are totally different than bands coming out of “020”. Kalaallit Nunaat, Finnish, Greenlandish? in 2020 released its first EP and then had to step back, like we all had. In 2022 the band is able to show what it can do, on stage and once again on record. The trio rocks no little. Don’t expect beauty, don’t expect perfect recording techniques or days of mixing subtle details, no. My best guess is that what you hear, is what was played. So expect, a feedbacking guitar, a drumkit sounding like being played in a concrete departure hall or storage facility from just after the war and finally, excitement. Five songs long Kalaallit Nunaat rages from the bits and bites on my hard drive. To be released on cassette, Texoprint is part quality, part experience, part excitement. Some mixes come out a lot worst then the band’s second EP.

P.S. Kalaallit Nunaat, is the native name for Greenland 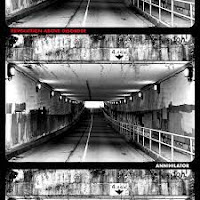 Annihilator’s intro, for all its electronic post punk swagger, reminds me immediately of Queen’s number 1 hit ‘Radio Ga Ga’. If anything it shows how cool Queen was at the time, while I had turned my back on the band completely. Revolution Above Disorder evokes the identical atmosphere, without being a duplication. The pop element that made the whole world act like a video clip is far more submerged here, not lacking though. Stephen Nicholas White dives off the deep end, into the dark side, with not much more than a Gary Newman synth, one dark piano note and a sound drum pattern laid down by ACTORS’s drummer Adam Fink. The song is far older. It was part of a never released album by White’s ex-band House of Dolls, revived by him during the Covid period into what we are now hearing. Circa 1980 is totally back alive and kicking it seems. Annihilator is released as an EP with two remixes by Jagz Kooner and Noise Baby. 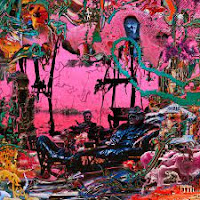 What to make of black midi? This is a question that can be asked with each individual song, as it is totally unpredictable what the band will present next. Complex music is only the start of the narrative. Under a year that ‘Cavalcade’ was reviewed by me on this blog, there’s a new single and in July the album ‘Hellfire’ sees the light of day. On Welcome To Hell black midi goes off in many a direction an near simultaneously. It reminds me mostly of King Crimson from around the album ‘Discipline’. And then some. This song contains ideas that would have led to a few songs in any other band. Here they all find their way, resulting in a song that shoots of in several directions. Zappaesque flippery, King Crimson time signatures, jazz orchestra intermezzos, rhythmic pyrotechnics and that are just a few examples of me trying to grasp what is going on here. It’s impossible for me to call this good. I’m holding on for musical life and sanity. That’s the best description of what is going on inside of my head while listening to Welcome To Hell. 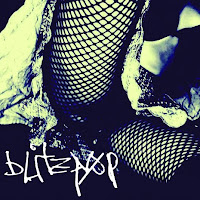 It’s time for a dirty rocker from the Nordics. Blitzpøp is a new band with veterans from other bands, who started work on a few songs together and are about to release its first six song EP, ‘MDMA’. Expect a mix of classic rock and grunge. Eye catching singer Pia, fronts the three men, in a very convincing way. Her voice may have been treated somewhat, it fits the dark and deep sound that especially comes from the bass. Slow, deep notes that support the song and pushes it ever deeper in sound. Guitarist Yves plays as if he was present in all classic rock bands of the 70s, resulting in huge guitar solos played in a blistering way. Behind it all, is a huge drums, played Dave Grohl style. The result is a streaming rock song and, it has to be mentioned, a fantastic pair of legs in the video.

Some songs do not need more than a good voice. Julia Jacklin has kept the accompaniment of Lydia Wears A Cross to a minimum. A digital drums playing sparse percussion, and mostly atmospherics with deeper in the mix instruments that play notes, like single, long-held piano notes. This is about it. Julia Jacklin sings with a dry voice. At the same time it seems to be all this song needs. Her voice carries Lydia Wears A Cross. Famous names and objects comes by. Lady Diana, the Jesus Christ Superstar album, a technicolour raincoat. Images are called to the song, collecting as it were collective memories, as everyone of a certain age has his and her own recollections to these things. In the second half the song expands, with real drums kickstarting the song, while more sounds are added as a whole. Who doesn’t change is Julia Jacklin. The Australian singer sings with a cool voices and keeps singing this way. As I already wrote, it is enough, more than enough

August 9, 2022 5
Ethereal Indie Rock from Bel-la with new single, “Nothing’s Gonna Get You Back” – OnStage Magazine.com