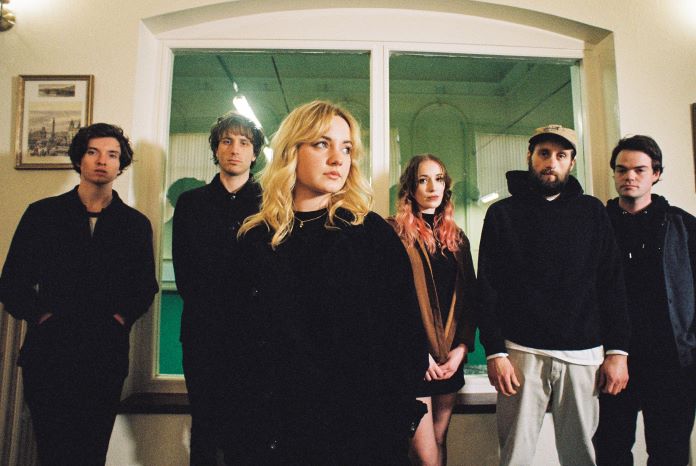 Despite missing out on the shortlist for the UK City of Culture, Wakefield is a growing cultural hotbed, which is in no small part because of Long Division festival, an increasingly essential multi-venue festival in the heart of the Yorkshire town.

After a triumphant return in 2021, Long Division will again fill venues with an ambitious line-up of established and underground talent on Saturday 11th June, following an opening night on the Friday in the company of Poet Laureate Simon Armitage and followed by a closing free event showcasing Yorkshire talent on the Sunday.

Activism and having a positive impact on the local community has always been a key tenet of Long Division, with them announcing a sustainability initiative with 5% of tickets sales going towards reducing and off-setting the environmental impact of the festival. This sits alongside the event’s on-going education department #youngteam which uses music to inspire and educate young people.

But Under The Radar will again be in town for the music, and 2022 doesn’t disappoint. Of course, we all know that watching established acts like Sea Power, Field Music, Life and W.H Lung is going to be worth the trip but a perusal of the whole line-up raises one interesting point – at a time when festivals still struggle with gender balance, it is packed with women throughout, and they are often the obvious highlights. The argument that dire representation of women at UK festivals is down to a lack of quality is again kicked to dust by a line-up where many of the most exciting music is made by women (or features at least one female member).

Here are our ten recommendations for Long Division:

In recent years, Derbyshire trio Haiku Salut have developed into one of the best live acts in the UK, defining and refining their live sound into something exceptional. Off the back of their stunning reimagined soundtrack to Buster Keaton’s cinematic classic The General and found-sound exploration on last album The Hill, The Light, The Ghost, the band’s pastoral folktronica sound has delved further in spectral electronics, post rock and experimentalism whilst losing none of the band’s charm.

On stage, they say very little, and let the music do the talking. It speaks volumes, a perfectly rendered performance of some of the most unique music currently being made. Optimistic, beautiful and engrossing, this is an act not to be missed.

Hull’s Low Hummer released one of the best debut indie albums in a long time in the form of last year’s Modern Tricks for Living, and have been supporting the Manic Street Preachers of late. A band that deserves to be massive, live they bring increased energy to their tracks. Flitting effortlessly between electro-punk, rhythmic post-punk and soaring indie-rock, they ooze cool and have tracks that are everything good indie should be.

London’s Modern Woman is, quite simply, one of the most intriguing new acts around at the moment. But don’t take our word for it, they were signed to launch End of The Road festival’s new record label, and we all know those guys know what they are talking about.

The music is built around the songwriting and vocals of Sophie Harris, who gives a literary sensibility to the poetic words and David Denyer an Anglo-German-Armenian composer known for making noise with an array of homemade violins, synths, effects and percussion – including a battered wooden table with a metal colander nailed into it and jagged remnants of cymbals that take a pummelling throughout the band’s live show.

As you’ll hear on the smattering of tunes available to date the band is a collision of a dizzying array of styles from 60s folk, through post-punk to noise and free jazz, all with a loose sense of avant-garde style. Somehow in that mix they have found catchy tunes.

Bored At My Grandma’s House

The lo-fi, bedroom project started by Amber Strawbridge whilst bored in her Grandma’s house has slowly been padding itself out with more musicians and better production, whilst losing none of its woozy charm. Strawbridge writes sparse, introspective songs driven by her bittersweet voice and floating on a dream-pop shimmer. How this renders itself live is well worth checking out.

Five-piece Team Picture sound like the dark undercurrent of the 1980s, an amalgamation of the stranger things (see what we did there?) from the pop canon, but like visitors from the future. What we get are cherry-picked ideas from the likes of Kate Bush, the Cure and the B52s combined and polished via 90s alt-rock. Sounds nice right? Well it certainly was on 2020 debut record The Menace Of Mechanical Music. They have been selected tour supports for the likes of Rolling Blackouts Coastal Fever, Parquet Courts, Sasami, Bo Ningen and Ulrika Spacek, so that is saying something. This looks like a great set of future nostalgia.

Leeds-based Sunflower Thieves keep it simple. You don’t need to reach for lofty concepts and experimentation when you have vocal harmonies as beguiling as this duo provide. There is something reassuringly familiar in their pop-folk tunes, which are delivered live as pristinely as they are on any recording.

Exisiting on the noisier end of the indie-pop spectrum (“indie-pop” in the classic sense, not the desperate industry attempt to make some pop acts seem cool and credible) Seazoo pull that wonderful Welsh band trick of running classic pop melody through with weirdness. If you like Super Furry Animals, you’re going to like this.

Wakefield five-piece Mi Mye is quite something! Whether they are doing quirky indie-pop, DIY electronic-pop or folk it is all infused with a captivating charm. Going through their catalogue they can sound like Helen Love, Grandaddy or Arab Strap – yes really?

Canadian-English duo make electro-punk in the vein of Peaches and Le Tigre. Their tunes explode in a flash of big beats, dirty bass and sleazy riffs with near spoken fuck-you manifestos. Their videos are surrealist, zeon pictures from a broken mind. Who doesn’t want to be in a room with that?

Tyneside fuzz-rock lot Pit Pony know their way round an anthemic rock tune, but they drown it in reverb and distortion. Not that this detracts from singer Jackie Purver’s soulful, powerful vocals. They have an album on the way in July, all the singles from it have been MASSIVE and they are getting a reputation as a live band that runs on pure adrenaline. Get your alt-rock fix here.

There is loads of other amazing music on at Long Division, but these definitely put the argument that women aren’t making music good enough to headline festivals to bed! See you at the front in sunny Wakefield!