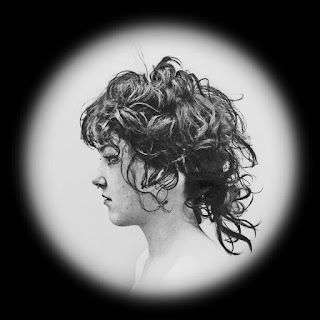 Way back in the mists of time (well, 2016) I wrote a review of the debut ‘Maladies’ EP from Canada’s The Intelligence Service with its “insanity of garage legends Thee Oh Sees and the fuzziness of The Black Angels combined with the post punk weirdness of Devo”. This was followed a year later by the ‘Trangressors‘ album…an equally as good album and produced by Chris Woodhouse (Thee Oh Sees, Ty Segall, Fuzz, Sic Alps). Last November saw the release of their sophomore album ‘Beatrice’s Guitar’ and it is without doubt the best of the bunch. Once again produced by Woodhouse it is a veritable psychedelic punk tour de force. However, it’s more than that….delve deeper into the album and you find it is an album influenced heavily by Dante and the Velvet Underground….but more of that in a bit.

So how do kick off an album like ‘Beatrice’s Guitar’…well obviously with an 18 minute barnstormer. ‘In A Hole’ is truly epic in sound and scope and to open an album with such is a very brave move; you need to pretty damn sure that the rest of the album can reach such a high benchmark (Spoiler: It does). From the very first minute we are subjected to a maelstrom of fuzzy guitar, deranged organ and thumping drums…like psych on amphetamines. Amidst this glorious lysergic cacophony there is a lead guitar line that shines bright and brings a touch of lightness to proceedings. Alex Pen’s vocals, when they hit, have more than a hint of menace about them and just add to the drama of this behemoth of a track. ‘People Are Sleeping’ has a real goth/post punk feel about it, opening with drums that would sound at home on a Bauhaus track . Once again there is a dense layer of fuzz sitting over some (even) more menacing vocals and fantastic organ. Just when you think things can’t get any heavier ‘Hunt You Down’ comes along and delivers a punch to the gonads…fast, furious and utterly, utterly fantastic…this is garage punk that does not take any prisoners. ‘Get High’ opens with some tribal drums before some almost angelic ‘oh la la’s, chiming guitar and muted vocals merge to create something dreamy and trippy and straight out of the Black Angels’ songbook. If ‘Get High’ lightened the mood then title track ‘Beatrice’s Guitar’ brings it back down to earth but more from a lyrical sense than musical and highlights beautifully what a fantastic songwriter Pen is. Musically it is lilting and mournful but with a jaunty organ running through it. The album is closed with ‘Sicj’, another fuzz heavy stomper with positively evil overtones..the whispered “gotta burn it down burn it to the ground” that runs throughout is like the internal monologue of a paranoid schizophrenic while musically it sounds like The Cure if they played lysergic soaked garage punk.

As to the concept…I will quote main man Alex Pen: “[Beatrice’s Guitar] follows the protagonist’s internal journey as he attempts to make sense of his life after the death of his partner Beatrice. The album starts with the 18 minute journey ‘In A Hole’, followed by the arrival in “hell”, “purgatory,” and “Heaven”. ‘Sicj’ follows immediately after the revelatory “heaven” track, where it is revealed his girlfriend has passed away and he wishes to join her.” Listening again to the album with this in mind and it all makes perfect sense…accomplished and erudite songwriting I’d say. As to the Velvet Underground….well, a careful listen to the lyrics of ‘People Are Sleeping’ reveals a story about a monster that goes around at night eating people’s dreams, the main characters are from the Velvet’s ‘Sweet Jane’ with the story turned upside down (also, as Alex has pointed out; “the crazy middle section of noise in ‘In A Hole’ was completely composed and was inspired by VU’s ‘European Sun’ ending.)

‘Beatrice’s Guitar’ is a triumph. It has a visceral muscularity to it that hits home but not at the cost of some clever songwriting. And is it psychedelic? Oh yes..deeply and thoroughly. It is a monumental album and herein lays 2 tragedies…that the The Intelligence Service aren’t bigger in a global sense and that this album is not available in any physical format….but thankfully it IS out there and I would thoroughly recommend that anyone who has even a passing interest in garage punk/punk/psych goes immediately to the Bandcamp page here and grabs a download (and check out the back catalogue while you are there)

August 8, 2022 4
Indie Music: The Complete Breakdown Of The Most Diverse and Well-Loved Genres Of Music

Indie Music: The Complete Breakdown Of The Most Diverse and Well-Loved Genres Of Music