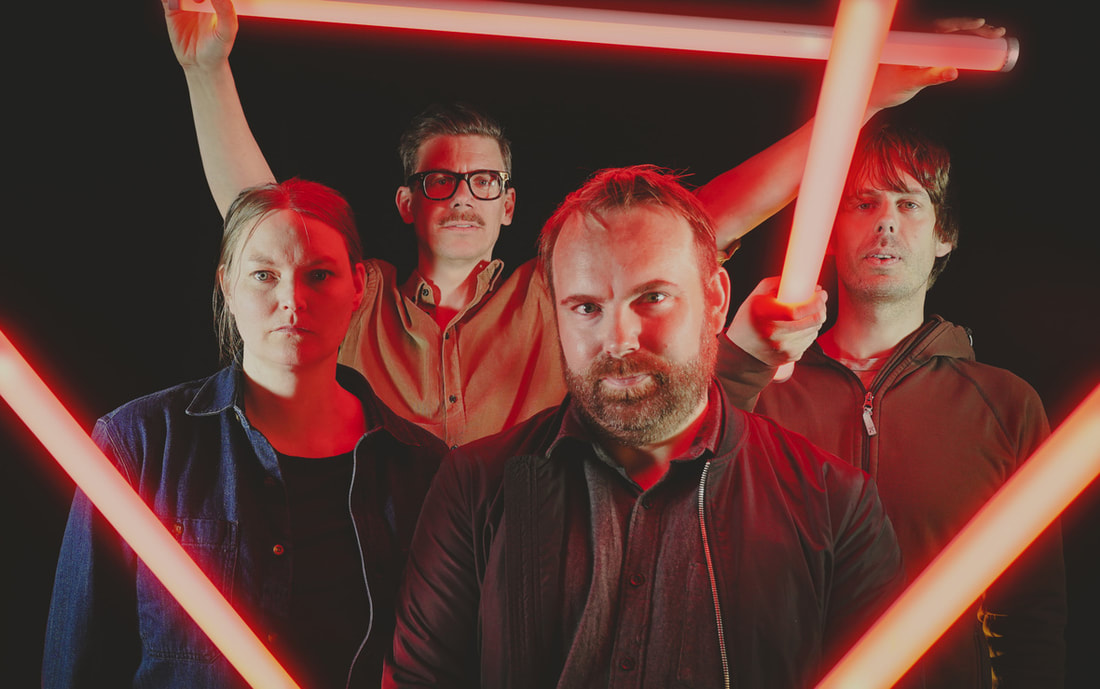 Alternative rock outfit Bring the Hoax has joined Lövely Records for the release of their debut, self titled EP.

Hailing from Stockholm, Sweden, the four piece blends sweet melodies with fuzzed out guitars into colorful, energetic, and dynamic rock music. The first release from the group is the single ”Los Angeles”, which is out now on all streaming platforms together with a music video.

Hasse Karlsson from the band comments:

“Los Angeles came to life during the spring. We all longed for the everlasting Swedish winter to end and for the summer vibe to arrive. We always dreamed of the perfect roadtrip since the ones in a cold, dark Scandinavia leaves one hoping for more. This is our soundtrack for that roadtrip to come.The lyrics centers around a wish for a summer road trip to Mexico. On a long car ride like that good music is a most essential part of the feeling. Pavement is a perfect fit for this, and that is why Pavement is the first word sung in this song.“It kicks off with a rowdy intro and lands in a soothing verse which builds up towards a luscious and dreamy chorus that is perfectly suited for a summer drive in your car.”

The four piece Bring the Hoax infuses indie rock songs with strong fuzzy guitars and delicately sweet melodies. The songs are held together by an unapologetic force that hardly leaves anyone untouched. It’s clear that the band members take their influences from the finishing decades of the 20th century. You can hear hints of Sonic Youth, Dinosaur Jr, Built to Spill and Smashing Pumpkins to name some. Bring The Hoax is a rowdy, but yet polished and pleasant companion in the world of indie rock.

Gritty dynamics are key in the songs of Bring the Hoax and the balance between the dirty and beautiful guitar tones versus the mountains of distortion and fuzz can be heard in pretty much every song they ever written. The lyrics are poetic and tell suggestive tales about politics, relationships and the everyday struggle that is life.

Karl Nordahl and Hasse Karlsson both grew up in Viksjö, north of Stockholm, Sweden, and were probably destined to become friends since they both were equally unable to resist the mesmerizing pull of the massive soundscapes coming out from the punk-, indie- and grunge-era of the 90s. When they many years later had their apartments just shy of a 100 meters apart, it was time to start making music together.

The first light the band name Bring the Hoax saw was of the fluorescent kind in a dark hotel room without windows, in the basement of a cheap bed and breakfast in Rhodos, Greece, in 2010. They asked Mark Petterson (My God Damn Territory, Washing Machina) – who Hasse had played with in a couple of bands and projects earlier – to join them on bass. A bunch of drummers later Mark took the seat himself behind the drums when Sara Engström (Washing Machina, Dag och Natt, Tam Tapir) was able to join on bass.

Bring the Hoax has recorded and produced 2 eps during the years prior to the 2022 signing with Lövely Records. Many great things are going to be revealed in the present future.