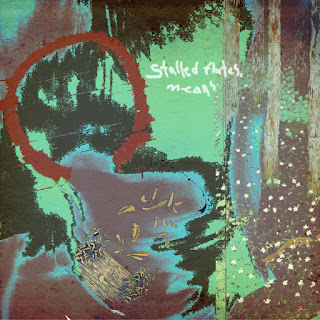 Much has been written about Korea’s influence on global entertainment. From K-pop to Parasite, the Korean peninsula has earned its reputation as a hotbed of accomplished culture. But what about the artists who aren’t breaking through the mainstream, preferring to operate on the fringes? Does the influx of immaculately produced Korean idols accurately represent life in a society some of its netizens refer to as “Hell Joseon“? Asian Glow is the emo solo project of Gyungwon Shin from Seoul, Korea, who some may know from his work in the band Fog. His latest album, “Stalled Flute, means”, is a superb interpretation of emo rock, igniting sadcore sentiments with electronic production, odd sounds, and creative production techniques. There are a plethora of elements at play across the one-hour playing time, from lo-fi acoustic numbers a la Elliott Smith on “Station Blue / Broiled Wrist” to indie-rock songs led by electroacoustic experimentation in the vein of Beta Band on “When Summer”. On songs like the stellar “If It’s Okay To Cry”, with its playful song structures, he makes his ever-experimental emo rock contemporary Alex G sound middle-of-the-road. However, no matter how many comparisons you come up with, this is a singular artist reaching the creative apex of their fruitful younger years. Gyungwon recently turned 21, which is both believable and shocking. The confidence he has in his craft typically with hard-won struggles and failures. On the other hand, the songs have a youthful passion, like Gyungwon is really “going for it”. The result is a sprawling and emotive listen.

“Look Close, Nose the Reflection” is a fantastic album highlight that, at nine minutes, feels like the collection’s centrepiece. Earnest acoustic balladry, danceable grooves, and singular expressions of melody create a sprawling track that fully encompasses Asian Glow’s broad musical world. The track is also symbolic of Gyungwon’s gift for penning cryptic lyrics: “breath were always rough but tame/had to lit my arm for not crying/promised me never happening/moment that he swallowed all”, and these are sung across the album, like on the dreamy “Ashpit Nowhere” in a dreamy-cool. Though the production can sound computery in parts, with midi-orchestration and overly processed vocals, there’s enough experimentation to assure it isn’t tasteless.

“Stalled Flute, means” is a world unto itself, populated with highly characterised compositions and explorative styles of play.