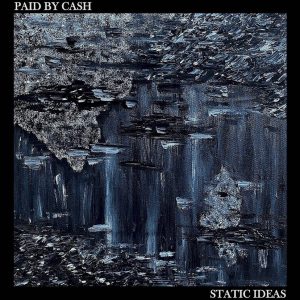 The debut EP from West Yorkshire’s Paid By Cash deftly blends elements of no-wave, indie, and noise with their own assertive, melancholic style; with sharpened, but still brutally visceral instrumentation and production.

Paid By Cash formed in 2019 and, after covering the indie and post-punk greats that influenced them, began writing their own material in 2021. Following a change in bassists and relentless touring across the North, the West Yorkshire band released their indie, noise-tinged debut single Sirens in the Sea. Their tone, a consistent blend of macabre and melancholy post-punk, is threaded throughout their music and the Gothic art for their singles and EP covers. The band’s debut EP, Static Ideas, has traces of this sound but also elements of Nirvana, noise rock, and other sonic realms, melded together sublimely.

Opening track Sirens in the Sea is as emphatic a signature for the band as it was upon its initial release in early April, as an all-encompassing whirlwind, brilliantly unleashing the storm of no-wave instrumentation Paid By Cash whip up so well – especially live. Following track Otherwise also captures this aspect remarkably, working brilliantly alongside its more mellow indie-rock side (vaguely Cribs backing vocals in tow). Bolstered by staggeringly enjoyable vocals, robust, dynamic bass and spectacular drum fills in all the right places, the track’s spiralling clashes of guitar reach a glorious climax.

The title track has the dynamic vigour of Sonic Youth and shades of Pavement in its affecting stages: nimbly moving from brooding grunge to mercury-like soundscape with the latter; tethered beautifully by an atmospheric instrumental interlude.

Throughout the EP, jagged Gang of Four chords cut across the cinematic, lyrical scenes with searing aural imagery in assured, experimental strides. Stirring this deliciously serrated guitar among instrumental ebbs and flows slightly reminiscent of the Arctic Monkeys (without the arrogant bravado of said band’s Alex Turner), Bleeding Out and Louder Louder stand out as two adrenaline-infused barnstormers, showing off the frontman’s vocals excellently.

With a revitalized early track (still sufficiently visceral and containing enough of the band’s primordial traces), brushstrokes of post-punk and indie greats blurred into their own unique tour de force, and a collection of tracks which succinctly run an exhaustive gamut of emotional and structural areas, Static Ideas spotlights the Paid By Cash’s superb songwriting craft and symbiosis. 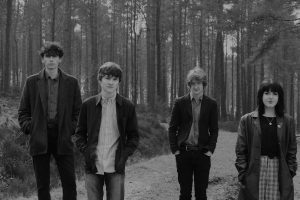 Static Ideas is out this Friday, pre-save here.

The band are playing a gig to celebrate the EP’s launch at Oporto in Leeds on Thursday 23rd June – tickets here.