Looking back, it seems I spent an unnecessary amount of time in my teenage years hunched over my tape deck, two fingers poised over the ‘Play’ and ‘Record’ buttons, waiting for my latest musical obsession to hit the airwaves.

For younger readers, who would rightly wonder what the hell all that means: Back in the dark and carefree days pre-MP3 and well before the streaming revolution – years before people would be outraged because a new album by a multimillion-selling band appeared for free on their portable hand-held device – there were only two ways of listening to your favourite songs ad nauseam.

One was to make your way to a designated retailer and purchase said song, either on a collection known as an LP (conveniently available at the industry’s peak on your choice of record, cassette or compact disc) or on its own, as a single (or ‘cassingle’, if it was on the reel format).

The other was to record it on a blank cassette off the radio (or, somewhat illegally, off someone else’s record, cassette or compact disc).

Thus, if you had a musical itch that needed scratching, but no desire to part with your (parents’) hard-earned cash, it could be quite the ordeal to ensure your favourite music found its way into your possession.

This process would begin with a landline call to your radio station of choice’s request line, to put in a bid for the track in question.

Then, you would play the waiting game …

The waiting game, unfortunately, wasn’t as simple as it sounded.

You see, there was a certain ‘tree falling in the woods’ element to the prospect that your song request would be heeded while you were out doing whatever else life had to offer.

So the deal was, you had to keep the radio on all day instead, with (as described above) two fingers poised over the ‘Play’ and ‘Record’ buttons on your tape deck.

If another song came on, you could duck out to the bathroom or whatever – but you had to ensure you were back in place before it ended, waiting for that magic moment when your track of choice was announced.

If it was, you waited until the last possible second to bridge the delicate segue between ‘DJ waffle’ and ‘awesome intro’ – at which point those two buttons were depressed.

And if it wasn’t, you were. 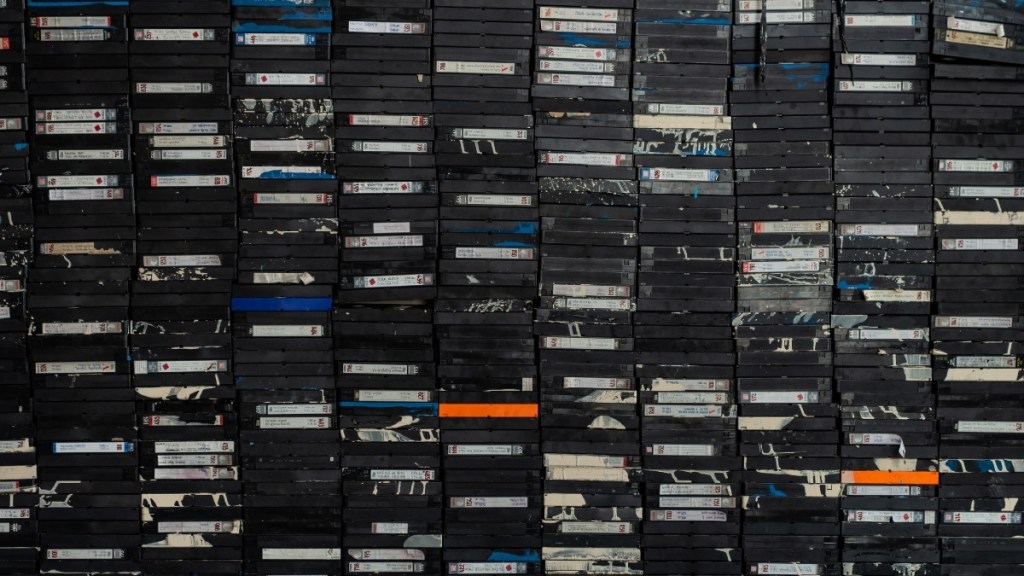 As I got older, and technology adapted, finding your favourite song became a progressively less convoluted ordeal.

Whereas, once upon a time, if you heard a great track on the radio (or spied it on Rage too late to catch the title and artist) the only way to find out what it was would be to incessantly hum it to everyone you knew until someone worked it out, the internet age ushered in a new era of convenience.

I recall the liberating elation of realising all I had to do was decipher a line or two of lyrics of any half-decent track, and Google (or Dogpile, as was the style of the time) would work out what it was.

This revelation was a great relief for me. Not to mention all the bartenders at my locals, who had no doubt grown tired of me asking them the title and artist of whatever was playing through the PA, any time I thought it sounded OK after half a dozen pints.

Having sleuthed the identity of your chosen song, all you had to do was buy it from an authorised music retailer.

And then, of course, listen to it.

That, after all, was the final, glorious endgame to these generations of toil – the spoils of the hunt.

And even this was an art in itself.

I remember one mate back in the day telling me he’d worked out the exact number of seconds he needed to rewind G’n’R’s Rocket Queen so that he could replay it incessantly from where it gets good in the middle, without having to listen to the average first half.

The art of the ‘mixtape’

Then, of course, there was the art of curating the ultimate ‘mixtape’ (in layman’s terms, a playlist – but created with far more love and care).

As the protagonist of High Fidelity once put it: “The making of a good compilation tape is a very subtle art … you’re using someone else’s poetry to express how you feel – this is a delicate thing.”

Moreover, you have to ensure each song segues seamlessly to the next, while honouring the limitations of the medium (namely, if your tape is 90 minutes long, the run time of each side must come in at exactly 45 minutes, lest you end up with an ungainly finale of dead air or, worse – have the final track cut off halfway through). 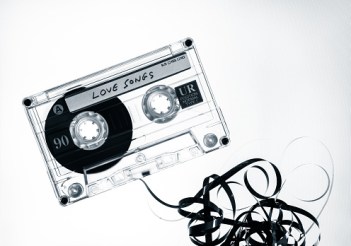 Then, of course, the true aficionado would spend precious time listing the tracks on the cassette’s cardboard cover, crafting an appropriate title (ideally more inventive than, say, ‘Mixtape #15′) and even, if you’re truly committed to the cause, painstakingly recreating the logos of the bands contained thereon.

But then, these mixtapes would see more airtime than many of the albums from which their contents had been pilfered.

Even now, I’ll often hear a track randomly that I once had on a favourite compilation, and it sounds out of place when it’s not followed by whatever song I’d once carefully chosen to come after it.

But then, a few years back, when streaming services started popping up along with apps such as Shazam and SoundHound, it felt like the gateway to musical nirvana had been opened and I was being ushered through.

After countless hours seeking out elusive earworms, and constructing the perfect 90-minute expressions of my eclectic musical tastes at any given point in time, here was a platform that would tell me, immediately, what I was listening to while I was listening to it, and then simply add it to my musical collection for all eternity.

In the years since, I’ve added countless tracks – almost anything I’ve liked the sound of – to my virtual collection.

And the thing is – I’ve barely listened to any of it.

Not to sound too ‘Four Yorkshiremen’ about all this – ‘back then we were happy because we were deprived’ and all that – but having the musical world at my fingertips hasn’t increased my enjoyment of music.

In fact, it’s done the opposite.

It’s made it an ephemeral commodity, something to be easily obtained and even more easily forgotten.

Those days spent hunched over a tape deck ready to pounce seem slightly ridiculous now, but there was joy in the struggle and satisfaction in the victory.

And, of course, the music was better too.

This article first appeared in InDaily. Read the original here.