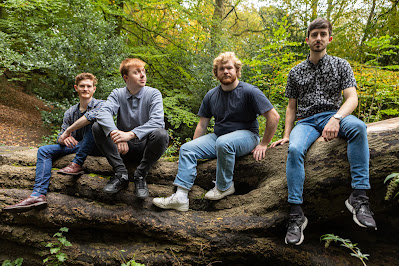 Alfie and the Avalon

Alfie and the Avalon are a 4-piece Indie Rock/Folk band based in Huddersfield comprising of Alfie on vocals and rhythm guitar, Ewan on lead guitar, Toby on bass and Joe on drums.

Since their formation last year, the band have established a consistent and recognisable sound both live and in the studio which they describe as ‘Indie Rock with Folky vibes’ influenced by the work of early Coldplay and Sam Fender .

Alfie and the Avalon are …?

How did you get into music, what were your first steps? 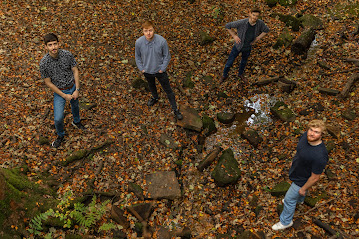 We all met at the University of Huddersfield whilst studying Music and Music Production. The first idea to form the band came during the global pandemic where Alfie was stuck in his bedroom, writing a lot of songs on acoustic guitar and recording them through a single condenser microphone.

Some of these songs were released on an EP titled ‘Isolation’ and Alfie suggested we develop these bare-bones songs into full-band arrangements and thus Alfie and the Avalon was born.

“Not where I belong” is definitely an impressive song, what was your inspiration, what’s the story behind?

‘Not Where I Belong’ was a song that originally featured on Alfie’s ‘Isolation’ EP and we considered it to be one of the strongest on the project. We all believed that we could transform it into an Indie anthem with it’s sing-a-long chorus and emotive lyrics.

The message behind the song is a feeling that you have perhaps outgrown a time/place/person and you must leave that behind in order to progress with your own life, however hard that might feel.

When I come to Huddersfield, where do I have to go to find good music (location/pup/club …)? 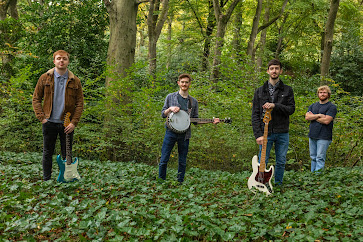 Huddersfield is home to some fantastic music venues such as The Parish, Venn Street Social and Northern Quarter. They are great for giving local bands a chance to perform alongside established touring artists and we are very thankful that they continue to offer us opportunities!

The good people at Northern Quarter were also kind enough to let us film part of a music video in the venue for our second release ‘Burnout’. Go check that out!

Do your fans have the chance to see you somewhere live on stage?

We looking forward to an exciting summer ahead with gigs across Yorkshire booked in cities such as Leeds, Hull and Sheffield.

… and last but not least what’s next for you?

We are working hard to record more of our own music and schedule upcoming releases! Make sure you follow us on Facebook and Instagram (@alfieandtheavalon) to remain up to date with all of our activity!

August 8, 2022 4
Indie Music: The Complete Breakdown Of The Most Diverse and Well-Loved Genres Of Music

Indie Music: The Complete Breakdown Of The Most Diverse and Well-Loved Genres Of Music