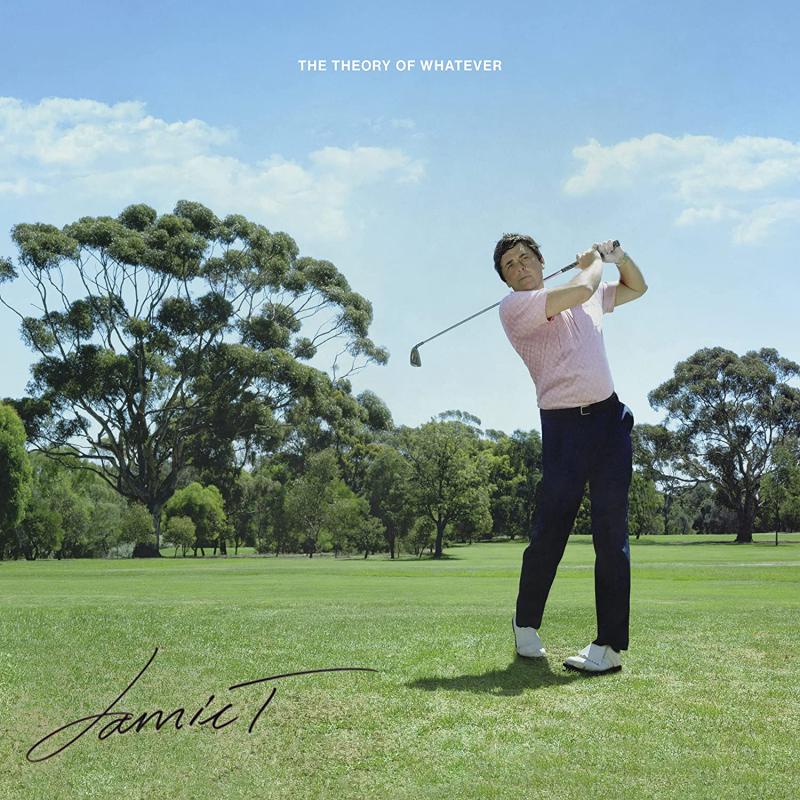 After a six-year break, Jamie T returns still at the top of his game.

Back in the mid-00s, as the digitalisation of music hit its stride and genres transferred from place cards in HMV to categories on iTunes, Jamie Treays took gleeful delight in refusing to be compartmentalised.

Not only that, his unique rap/rock/songwriter/scat (delete as appropriate) style was years ahead of its time. He won’t thank us for saying this, but he may even have been responsible for Ed Sheeran.

15 years on, Treays still refuses to be pinned down. Where other artists eventually settle into one style, on fifth album The Theory Of Whatever Jamie T continues to prove himself as a singular talent.

The rough edges of debut Panic Prevention may long have been shaved off, but the genre-bending remains.

The urchin anthemia of comeback single The Old Style Raiders served its main purpose – being instantly recognisable. An arms-aloft chorus preceded by a verse with more tongue-tripping than the melody can deal with, it bristles with guarded hope (‘told to fight for something you love in life’) and immediately takes its place among his classic songs (not a small group, either).

Prior to that, Treays pilfers a sample from This Mortal Coil’s version of Big Star’s Kanga Roo on the nostalgic (‘I was so young’) 90’s Cars, all thrumming guitar, elegant keys and moody intent.

He’s at it again on British Hell, with London Dungeon by Misfits used as the basis for a tale of post-Brexit patriotism which takes no prisoners. Channeling The Clash’s punk-skank style but with his trademark deprecating wit (which alone sets him apart from the Sam Fenders of today), it has the vigour and vibrancy of old.

There, however, the high jinks largely end. Either through the music or lyrics, Treays unashamedly goes for the heartstrings. The Terror Of Lambeth Love staggers woozily, as if it’s been on a night out, with a set of (presumably) personal, if slightly nonsensical, lyrics to match.

Thank You is a do-wop ballad which one could imagine Damon Albarn putting out as Gorillaz, although the one-liners could only be Treays, while St George Wharf Tower takes its place alongside the likes of St. Christopher and Sign Of The Times as one of his great ‘one man and his guitar’ ballads, albeit with some distant ethereal synths sprinkled across it. It ably demonstrates his keen ear for both melody and melancholy that age has not withered.

Likewise on the acoustic Talk Is Cheap, where he bears his soul to an almost uncomfortable extent (‘I fade to black with all my dirty promises/With all the shit I said…I am rudderless’).

That’s not to say he’s forgotten what audiences expect, i.e mosh-pit baiting. On A Million & One New Ways To Die he’s so bruised he should be in A&E, but the clattering post-punk rush of guitars and drums ensure his adrenaline isn’t affected.

The sort of indie-rock that his 00’s peers would have killed for even back in 2007, let alone now, it’s all but guaranteed airplay, while similarly the frantic Sabre Tooth features soul-bearing but buries it beneath heavy indie rock.

Meanwhile, the scraggy Between The Rocks, co-written with album producer Hugo White (those Maccabees get everywhere, don’t they?), crams in layered electric guitars, angelic vocal harmonies and sudden key changes. This album’s Sticks ‘n’ Stones, to be glib.

Based on the despondent lyrics, we should perhaps be worried for Jamie T, a known anxiety-sufferer. It will hopefully come as some consolation to know that his suffering has been worth it, with his fifth excellent album in a row.

He may take his time, but in a much more crowded field of singer-songwriters (we’re sticking with that) than when he emerged, there’s still no-one like Jamie T. Thankfully.