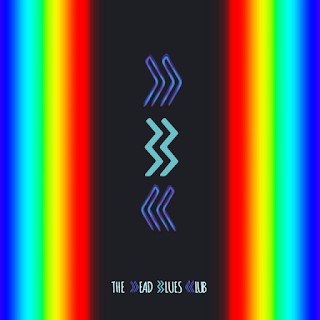 British musician Richard Gray launched a solo project called The Dead Blues Club not so long ago. Working on his music offered escapism from an overload of repressed emotion stemming from ongoing economic and social instability caused by global crises.

Fast-forward to the present, and the newly released EP titled ‘Vol 1’, was released after he spent time in both England and Japan to record, mix, and master the tunes. Richard Gray plays drums, percussion, bass, keys, guitars, and provides vocals in addition to receiving additional support from Sam Bollands, the only other permanently featured musician on the record.

The first track to feature on ‘Vol 1’ is ‘Bloody Ada’. The music contains mesmeric synth melodies and a driving drumbeat with lots of cymbals to intensify and thicken the sound. This song sees techno merged with other genres related to psychedelia and indie as raw emotion pours out from start to finish.

‘Submarines’ is next on the list, and it begins with a bass and synth before vocals and drums enter for the first verse. ‘’If you’re faced with submarines / Hit them with your wooden stick’’ indicates unrest, tension, and confrontation. The dynamics increase and build towards a crescendo in the outro before grinding to a halt.

The third track to appear is ‘Party Tricks’ and it appears to fit within the Indie rock category. ‘’Steady as you go’’ is a refrain that is repeated by Gray throughout the song, and it points towards perseverance, endurance, and stability when times become harsher.

‘Fire’ is quite trippy, and it contains a straight 4/4 drum beat in addition to some syncopation to push the tempo and embellish the rhythm. Combining the rhythm, synth, and guitar broadens the texture of the music. There is however a pop-jazz section in the middle eight of the song containing only drums and bass – the tempo and dynamics are shifted to lead the music in a different direction. ‘’Feel that morning spark against your skin / Soak it all in’’ is the first line and it connotes escapism in addition to disconnecting from life’s stresses.

‘The Bridge’ takes a more stripped-back and languid approach in the instrumentation, dynamics, and tempo. It delivers more diversity to the piece and adds more embellishment to what is a delicately crafted record. The instrumental piece also contains a minor guitar solo and licks which simply captivate the whole audience.

‘Vol 1’ heads towards the stratosphere with the next track titled ‘Cosmonaut’. This tune sees a huge dynamic increase combined with a much thicker texture instrumentally as distorted guitars and heavy hitting on the drums lean more towards an indie rock tune. ‘Council of Twelve’ is another instrumental piece that is stripped back and can capture the audience’s imagination in addition to leaving them in daydream.

The penultimate track of ‘Vol 1’  ‘Mirrors and Stairs’ begins with a music box playing a soothing jingle before the bass line, drums, and captivating guitar and synth motifs push the music back into indie rock territory. ‘You On The Run’ brings Richard Gray’s debut EP to its conclusion. The instrumental song starts with a soothing guitar motif combined with an eerie yet dreamy melody from the synth. The drums enter towards the outro to add more variety before reaching its conclusion.

‘Vol 1’ is well worth downloading simply to explore the array of musical genres which can be heard from just one record. The combination of harmony, reverb, vocals, and stripped-back instrumentation produces a relaxing yet uplifting album that serves a wide range of musical palettes.