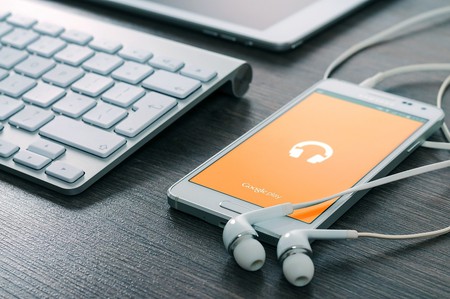 Listen to some of today’s best music from Portugal. | © Pixabay

Portugal’s creative scene has bloomed with an abundance of young and fairly new musical talent. No matter if you want to keep up with locally trending music or are planning to catch one of this year’s anticipated festivals, make sure to check out these up-and-coming Portuguese bands and artists.

Lince is the musical alias for Sofia Ribeiro, a Portuguese artist with a sound that can be described as ethereal and soft with beautiful vocals and emotional lyrics, sung in English. Born in Guimarães, a historic city in northern Portugal where the country’s history began, she sings often in nearby Porto and Aveiro. ‘Puzzles’ is one of her singles that was released in 2017.

A fairly new name in contemporary Portuguese music, Madrepaz is a four-man band with a style that has been described as “Shamanic Pop” and fits in with indie rock. It also wouldn’t be far off to say they remind you of a modern and Portuguese version of The Beatles. Their album Panoramix was released last year but here is the video from this year’s single, Bonanza.

They’re not particularly new, having been around for the last decade, but Prana, a band from São João da Madeira (a town in northern Portugal located between Aveiro and Porto) is one of the bands currently making waves in Portuguese contemporary rock. Their first album, Trapo Trapézio, was released in 2011 and their second, O Amor e Outros Azares, hit the shelves in 2014.

Another group hailing from the north of Portugal is the indie and alternative rock band Sensible Soccers, a trio whose sounds are in large part instrumental and ambient. It’s easy to get lost in their beat and your head may well start moving to the music without you realizing it. They have two albums, which both did well in Portugal; the first called “8” was released in 2011 and the second, ‘Villa Soledade’, was released in 2016.

If you’re heading to Nos Alive 2018 near Lisbon, be sure to get familiar with Cave Story’s tunes, especially their 2016 album ‘West’, so you can sing along. This pop rock band hails from Caldas da Rainha, located near the beautiful fishing town of Peniche, an hour’s drive north from Lisbon.

Solo artist Surma is another singer with an exquisite voice who is also currently considered one of the biggest names in Portuguese contemporary music – you can also see her singing at this year’s Nos Alive. She has produced eight albums since 2012 and her last, “Antwerpen” came out just last year. In addition to touring in her home country, Surma tours internationally and has made appearances across Europe and the USA.

August 10, 2022 6
Surf The Metaverse In Style With The CARV Metaboard