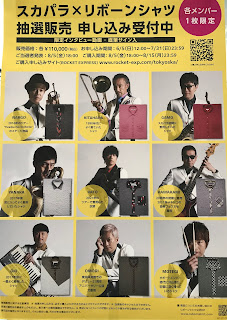 The seeds of what Bob Marley called rebel music were planted when ska first came to the scene. Most rock history recounts point to the sixties garage scene, bands like The Sonics and such, as the genesis of proto-punk. It could be argue that the steady fast pace of Jamaican ska, the upstroke strumming and beat that dates back to the late fifties, is an even earlier source. What is definitely a fact is that it inspired a reimagination of the traditional rock combo. Sly came first, but it was the British 2 Tone movement that in a way made popular bands integrated in terms of ethnicity (The Specials, The Beat) and gender (The Selecter). Ska was defying in an era of hardcore conservative policies.

Something similar happened in Latin America in the mid-eighties, where ska flourished with iconic bands from Mexico (La Maldita Vecindad), Venezuela (Desorden Público) and Argentina (Los Fabulosos Cadillacs). The political aspects in a time of oppressive regimes were obvious, but the fact that ska made rock music part of the mainstream in that region proves the vitality of a genre that resonates all over the world.

Which brings us to the Tokyo Ska Paradise Orchestra. An iconic music group in Japan with over thirty years of history. You can see them in commercials for major companies, TV dramas and even at the closing ceremony of the Olympics, in my opinion they were by far the best part of that ceremony. They’ve been on my radar side I first came to Japan but somehow never found out about their live dates until after the fact, even though they play constantly. This time it worked out great because they were playing at Nakano Sunplaza, a venue that I always wanted to check. This seventies building earned its reputation as the iconic eighties music venue by hosting shows by artists like Talking Heads, Miles Davis, Nirvana among others. Witnessing a show there was something I was looking forward to.

It was a two hours forty five minutes length show. The level of energy remained in the upper scale since the countdown started, displayed on the screens on top of the stage, introducing each of the band members. Everyone remained standing for the duration except for a sort of 40 minutes intermission that was more like a comedic sketch with the drummer Motegi hosting a radio show interviewing his fellow band members. Other than that it was wall-to-wall high energy ska with some J-Pop flourishes. Got to admit that I’m no the biggest fan of the latter, but the band’s take on the genre (Pride of Lions, Mekureta Orange) feel miles better than your average J-Pop number. But to me, is with their instrumentals where they shine. Getting to see live stuff like Break Into The Light, 5 Days of Tequila, Down Beat Stomp and the closer Paradise Has No Border, was definitely a treat.

Another aspect that surprised me was the wide demographic of their audience. Gender-wise it was equally divided, if anything, there were possibly more women than men there. The age range went for small children to elderly people. I think it’s a reflection of the band itself. Like in the really good ones, you get a sense that each member is a character and that the sum of their distinctive personalities is what makes the whole special and timeless. You get this reading more clearly after seeing them in concert.

The show production was flawless. I wasn’t expecting that kind of visual support and use of video screens (I got to admit that I wasn’t the biggest fan of the video that played behind the song Share One Sorrow, though). As a return to somewhat bigger scale live shows, I thought that this Tokyo Ska Paradise Orchestra one was a great one choice. 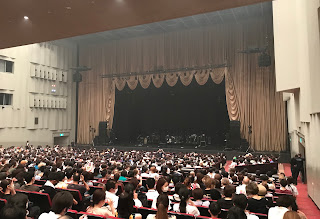 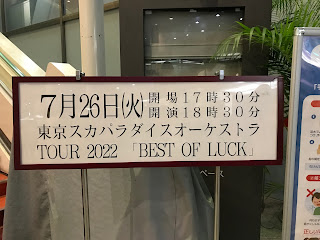