The last few years have been a time of change for everyone – hasty haircuts, new relationships, chaotic career changes; it’s what an unprecedented global event will do to people. For the Melbourne psychedelic pop band Sunfruits, it’s meant a disorientating dive into glam and garage rock.

Back in 2020, the band released an EP, Certified Organic, and the double 7″, ‘Mushroom Kingdom’ and ‘Bonsoy’, whimsical and woozy psychedelic music that also carried with it important messages about the environment (they even partnered with an eco-friendly soy milk brand for one song). Their infectious guitar grooves and blissfully buoyant rhythms recalled fondly 60’s icons like the 13th Floor Elevators and The Beach Boys.

Two years later and new single ‘Made To Love’, out tomorrow, showcases an unexpected new sonic direction: the psychedelia has been toned down, replaced with a keen glam rock attitude. Produced by Theo Carbo and mixed/mastered by John Lee at Phaedra Studios, the track’s genre diversion may be drastic but it absolutely works. it makes the band resemble musical time-travellers, making their way from the psychedelic 60’s into the glam 70’s (it’s unclear yet if a trip to the 80’s and hair metal is on the cards).

Filled with battling guitar riffs and impassioned duelling vocals, the rousing energy expertly captures the relatable yearning feeling to run away with a soulmate to escape the hellish capitalistic existence we’ve all been trudging through. Roky Erickson and Brian Wilson no longer seem like influences, with ‘Made To Love’ feeling like a homage to the charismatic performances of T.Rex at their 70’s peak or, more recently, the thundering garage rock revival of Jay Reatard or Ty Segall.

Frontman Winter McQuinn wrote the track while living in regional Victoria with partner Acacia Coates during one of 2021’s tedious lockdowns. “We wrote the lyrics together when we were both feeling the pull and desire to move out of the city and get away from the nine-to-five lifestyle,” he explains. “The song’s message follows this desire about wanting to leave the city life behind and enjoy each other’s company as we ride out the apocalypse.”

The track comes accompanied by an equally retro music video directed and edited by the band’s guitarist and vocalist on the track, Evie Vlah. Filmed in and around Northcote Social Club, it sees the band careering around in a red Ford Mustang, resplendent in vintage outfits that only a band like Sunfruits could pull off. “I wanted the video to give people a short and punchy hit of nostalgia. We handmade all the props and edited it ourselves, adding in all the 70s flair we could,” Vlah says.

To celebrate their new single, we caught up Sunfruits as part of our Get To Know series to find out more about their life and music. The band will also be launching the single with a string of dates in Victoria and New South Wales this month (more details here).

Get the latest Indie news, features, updates and giveaways straight to your inbox Learn more

Sunfruits’ ‘Made To Love’ is out on Friday, August 5th.

For more on this topic, follow the Indie Observer. 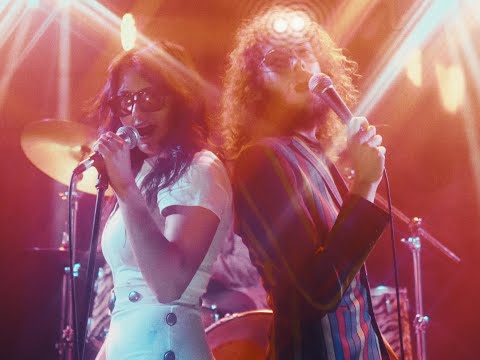 How did your artist name come about?

The name Sunfruits was inspired by a lost song demo found on our previous member Acacia Coates’ Ipod Classic. This track then became the name of the band and it’s been a rollercoaster ever since.

How would you describe your music to your grandma?

Tell us about a few of your tracks; their titles and what they’re about?

Our new track ‘Made To Love’ is about running away with your soulmate and trying to escape the hellish landscape of life under capitalism. We wanted to channel some Ty Segall/T.Rex in the guitar tones and keep the song short and punchy. A rock pop anthem if you will.

What do you love about your hometown?

The amazing, independent music and arts community including all the venues, bands, musicians, bookers, engineers, and other beautiful creative people.

Playing at NYE On The Hill Festival, or our recent support tour with Nice Biscuit! Working with John Lee at Phaedra Studios was also pretty special, there’s been many highlights!

What’s on your dream rider?

Where do you see yourself in 10 years?

“Be Nice To People!”

What’s one obsession you have that no one would guess after listening to your music?

We’re all pretty reality TV obsessed: Alone, The Real Housewives of Beverly Hills, Is It Cake? The whole spectrum.

Get unlimited access to the coverage that shapes our culture.